Ten Reasons Why Selling at Craft Shows is EXHAUSTING!

You might have noticed that I didn’t write a blog post last week. One reason for this was that I was still recuperating from my big craft fair the weekend before. Here’s one thing many people don’t realize about craft fairs: selling at them is EXHAUSTING!

The fair two weekends ago was my second ever big show. Last year, when I did the first one, I came home after the first day, fell on the sofa and could barely move for the reminder of the evening. My back hurt, my legs hurt, and I was utterly drained of energy. I attributed that to inexperience, to my being an introvert, and to my too-low chair. When the show was over, it took a while to get back into a routine.

This time, however, I expected things to be different. I had more experience. I felt more comfortable being around people all day. And, I even had my brand-new IKEA bar stool! I was happy with my booth and its updated setting. Indeed, when I came home after the first day, I wasn’t completely wiped out. In fact, I really enjoyed the overall experience this time around. 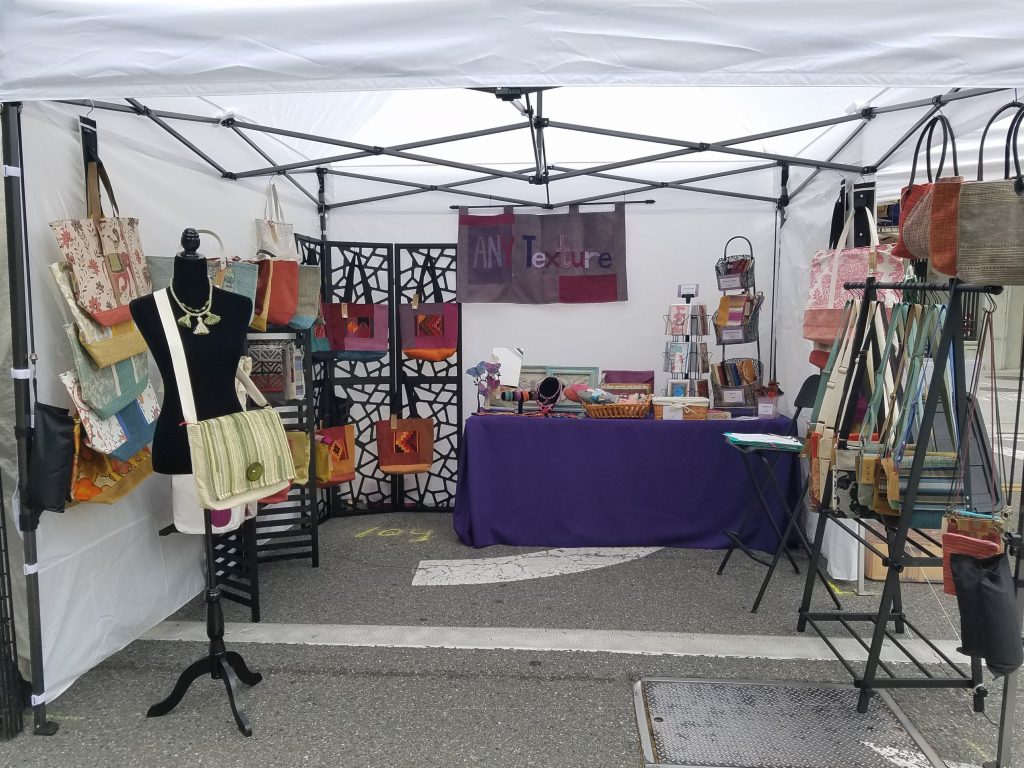 Imagine my surprise on Monday, then, when I realized I wasn’t in the mood for sewing. Or designing, or even for doing much of anything…

Since then I realized that this is a common phenomenon among craft-show vendors. Even seasoned vendors, extroverts and/or people with a lot of people-experience seem to be utterly worn out after a show. Some people even have a name for it: they call it “Event Hangover,” or “Show Hangover.”

So what is so tiring about craft shows?

1) There are a LOT of preparations!

2) Many vendors probably don’t sleep well the night before

A few of the vendors I met at the show drove up to twenty-four hours to just get there! Some slept in hotels. Others in their vehicle. Many of those that came from home had to get there very early, as the first set-up shift started at 5:00 am. Me? I was just too nervous to sleep well. My brain kept going around in circles all night long, wondering whether I didn’t forget anything, worrying about this thing or that…

3) There’s not much time for breakfast, if at all

Since even the last shift sets up at 7:20 am, you need to be out of the house early. Many people don’t have time/energy to eat breakfast.

Artists need to load heavy equipment and boxes into their car, then unload them out of the car and haul them over to their spot. They have to put up a tent. Attach the tent sides. Build and arrange their display furniture. Put up their inventory in the most attractive manner possible. Make sure all the price signs are where they should be.

And all of that before the show even opens to the public!

5) Being immobile the entire day is tiring, too!

Being in a booth all day long is hard. It’s hard not to be able to walk much, or move a lot. On a normal day, most of us move all the time. We walk from place to place, move from task to task. But while selling at a booth, you can either stand or sit in a 10’x10′ space (or less!). You might be able to go stand outside every now and then, but can’t go very far. If you’re lucky enough to have someone help you, you might be able to take a bathroom break every few hours, or go grab some food. Otherwise, you’re put in one place.

While in a booth, a vendor needs to be alert to everything that goes on all around. S/he needs to be aware of the many people passing by. Greet and smile at the people coming in. A vendor needs to offer help, but not too much help. Answer questions, but not scare potential customers. It’s a delicate, energy-sapping balance! And there’s a lot of talking involved, more than most people are used to, especially artists who are mostly used to working alone in their studio for hours at a time! A vendor needs to be on the alert for shop lifters. Constantly tidy up the mess that visitors make. Every now and then a vendor might have to deal with some strange or even scary encounters. Last year, for example, early one morning, I felt trapped in my booth when a babbling man walked in and wouldn’t leave… There’s a lot of sensory overload!

For an artist, selling at crafts shows is very personal. Your art, after all, is an extension of you. You worked hard on the design. Made each item with your hands. Spent months or years crafting enough items to fill a booth. The act of art-making is intimate. It’s you and your materials, shaping things with your hands. You like your products. Each of them is almost like your child. It takes courage to show them to strangers. More courage to offer them up for sale. And so it can hurt if people pass them over, or even worse–belittle or insult them. It’s hard to separate yourself from your products, and not get insulted if someone doesn’t like them.

8) The financial part can be stressful

Craft-fair visitors are entirely oblivious to the finances involved with selling at a show. Many fair goers grumble about the prices of handmade goods. What they don’t know is that selling at a fair is expensive. Where I live, booths at craft shows cost somewhere between $300-$900 or more. A vendor has to sell a lot to just cover the booth fee. Then there are additional costs: buying the tent and furniture, paying a percentage of the profit to the fair organizers, paying for gas, having a brand-new fire extinguisher every year. It all adds up. Not to mention taxes: sales tax, state tax and federal tax come off the price of every single item sold. There’s also the cost of making the item: materials are expensive; electricity, overhead costs such as maintaining a sewing machine or other equipment. And all of that before counting the time an artist put into making the item, and schlepping it, and sitting at the booth to sell it… No wonder many vendors stress over whether they will make up some of that cost, and worry about whether they can pay their upcoming bills! Once everything is deducted, in fact, many artists are left with very little profit, if at all! Some even lose money.

Yes, the body’s natural reaction to the sensory overload is releasing Adrenalin. It helps keep you going while at the fair, but leaves you wiped out when you come home…

10) Take-down is as effort-consuming as setting up!

After a long day of being in a booth, artists need to pack everything up, fold and take furniture apart, and take down their tent. Then they need to drive back home. No wonder they’re exhausted!!

As for me, it took more than a week before I was able to even look at my sewing machine. What did I do in that time, you wonder? Well, many other tasks get neglected when you prepare for a show: the house, the cooking, the laundry, the kids. Not to mention the garden. So I slowly started catching up on some of those. I spent a lot of time in the garden, where the spring weeds rejoiced in my absence! Some of them grew taller than me! 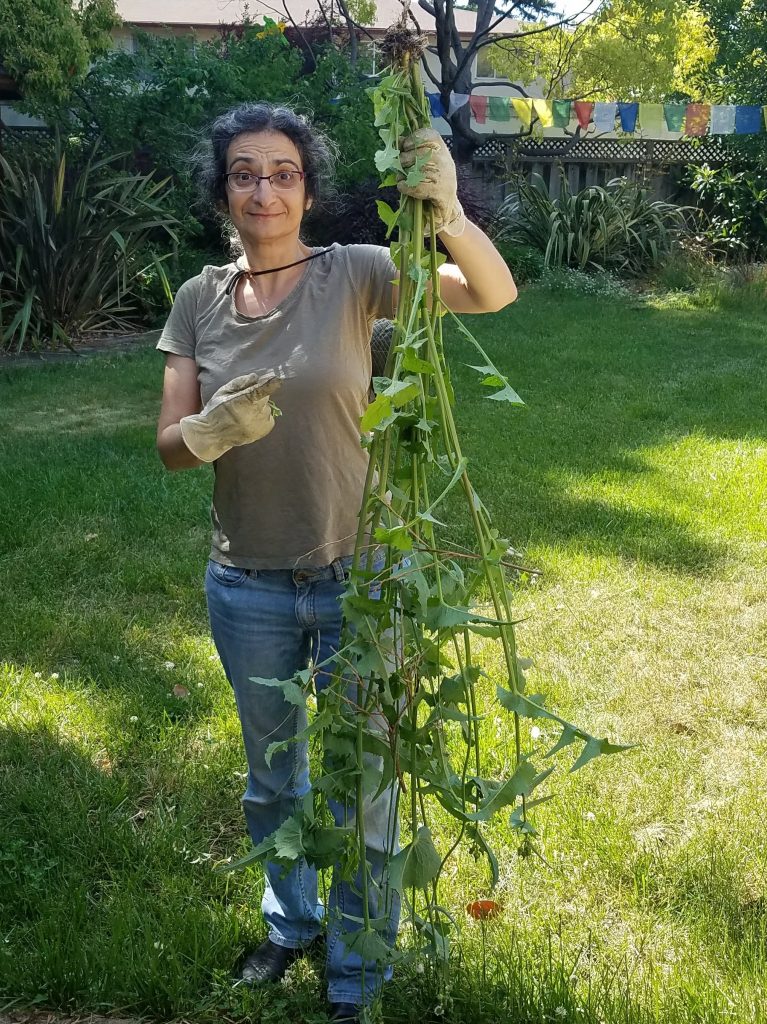 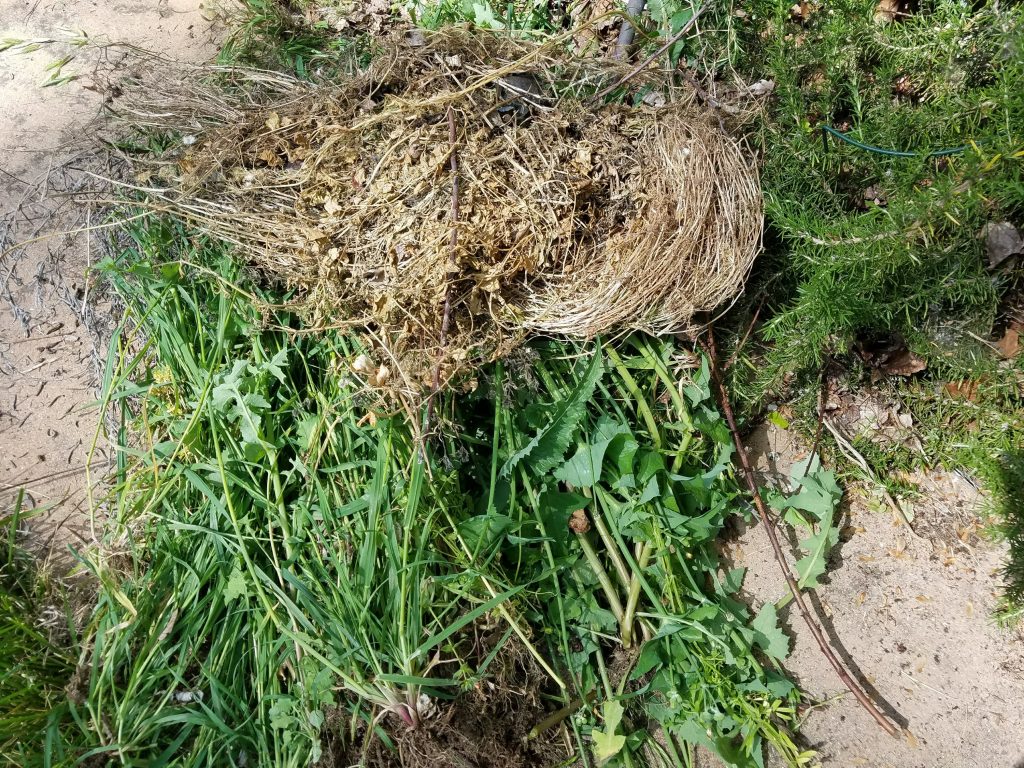 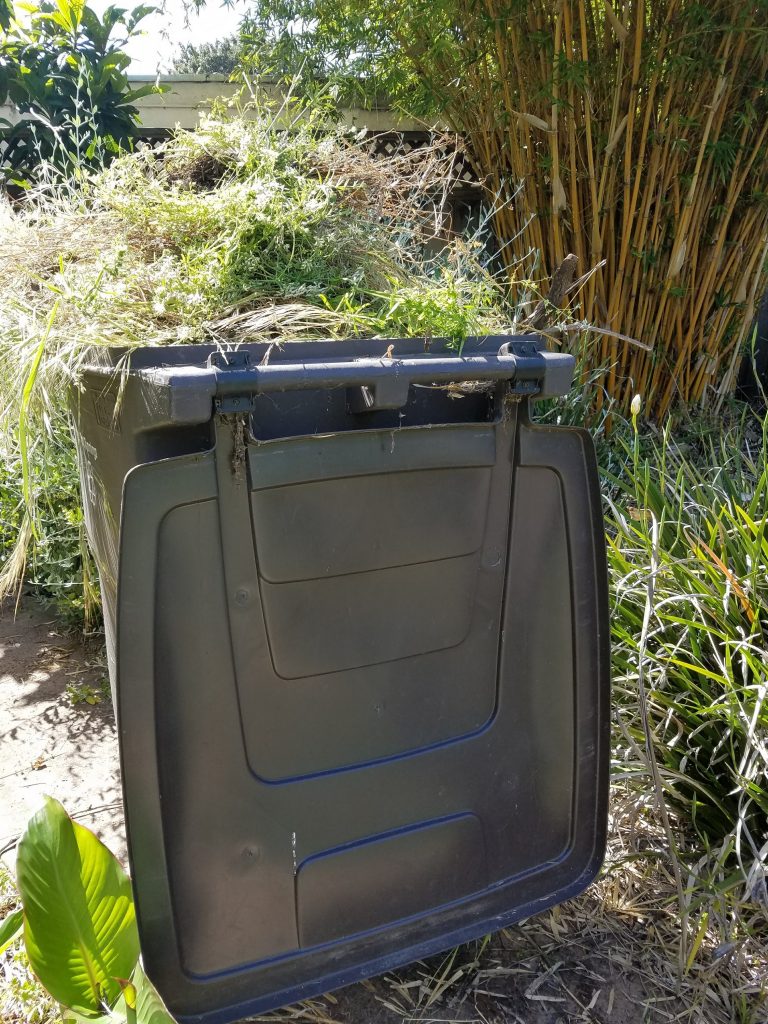 But after being confined to a booth an entire weekend, moving about outdoors was refreshing 🙂

4 thoughts on “Ten Reasons Why Selling at Craft Shows is EXHAUSTING!”