My First Craft Show: What My Booth Ended Up Looking Like

Over the last few weeks I wrote a couple of posts about the long-term preparations for my first craft show. The show happened this past weekend. I thought you might be curious to know how my booth turned out.

A day or so before the fair, after I had a map of where my booth was to be located, I went to check my spot out. Once there, I discovered that someone had already marked– with a chalk on the actual road–the exact location of each of the booths. That gave me a clear idea of where I should be driving the day of, and where to set my tent up.

When I visited craft shows as a customer, I never realized that some of the vendors were there as early as 5:00 am (meaning they had to get up at 4:00 am or earlier). But that is exactly what happens! Since my show had a couple of hundred craftspeople attending, the organizers stacked the unloading into three shifts, to prevent two hundred cars from arriving all at the same time. The first shift started at 5:00 am. Luckily, I got the last shift, and had to be there at 7:20 am. Getting up at 6:00 am on a weekend was early enough for me!

I recruited my entire family to help with the setup. Although the kids grumbled endlessly, I was really glad I did. Having multiple sets of hands on-site was really helpful!

I loaded my car the day before, following detailed lists I made in advance. I put the inventory in first, then the booth furniture, and last the canopy itself, so that I can take them all out in reverse order.

When we arrived in the morning, we quickly unloaded everything and piled it up at the side of the road. 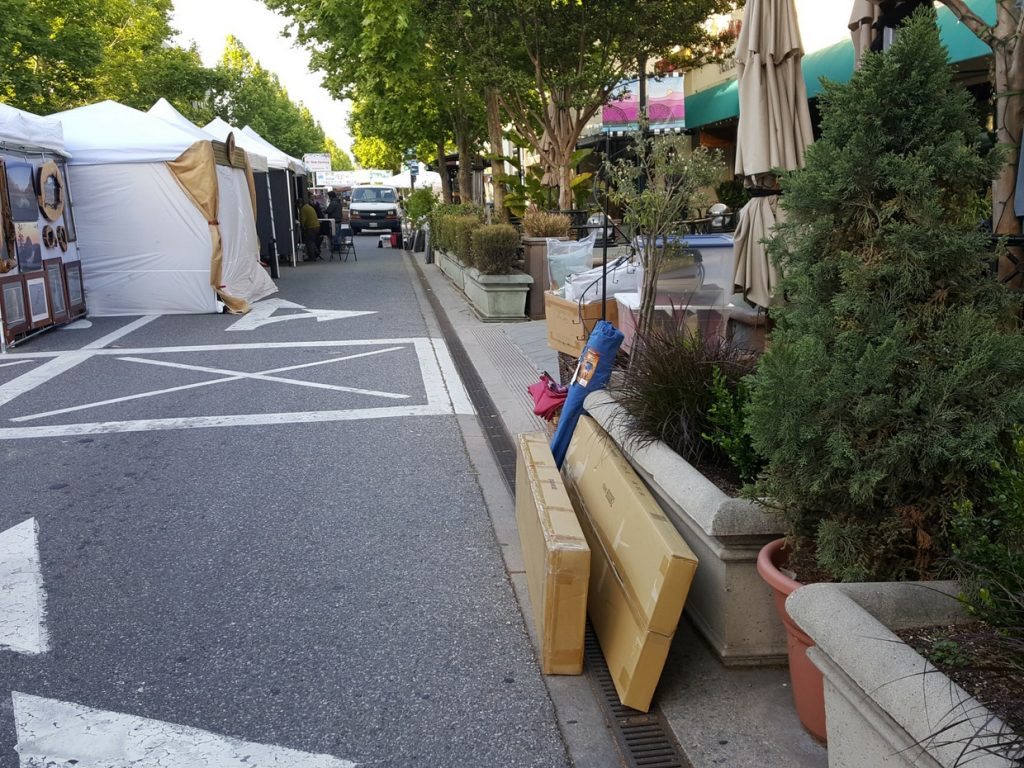 We started by putting the canopy up. My canopy has a steel frame and is relatively heavy, but with four people pulling on four poles, putting it up was a piece of cake! 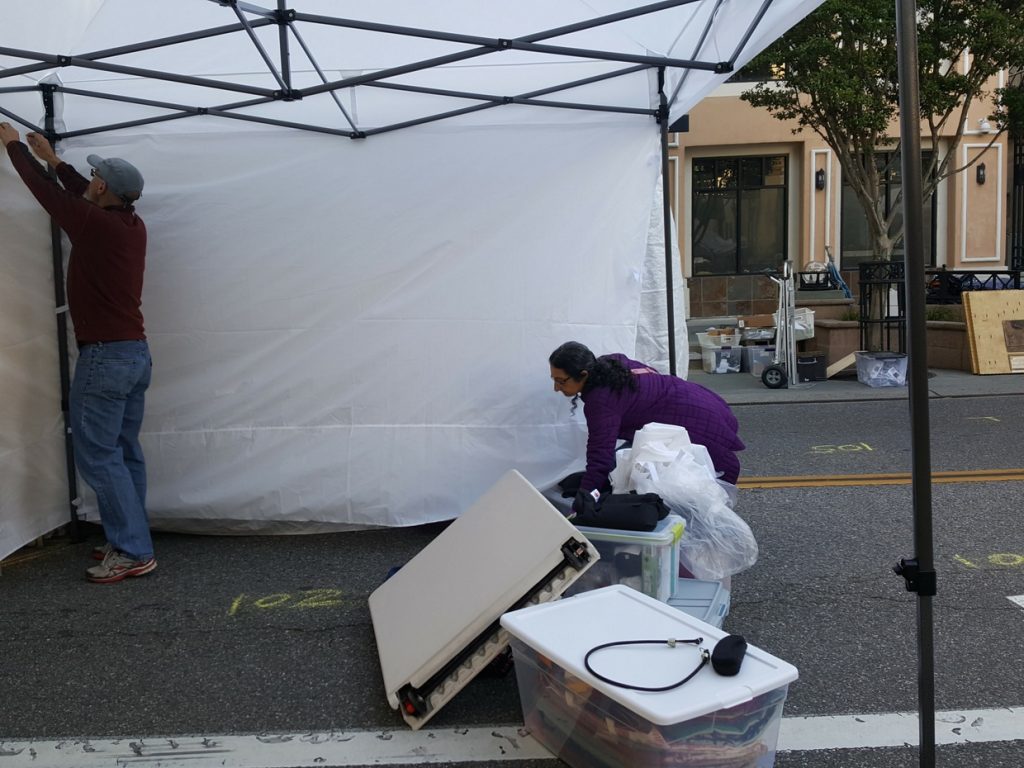 Once we put the tent up, my kids helped me arrange the furniture. Then they helped put all my bags and other items in place. That took quite a while! 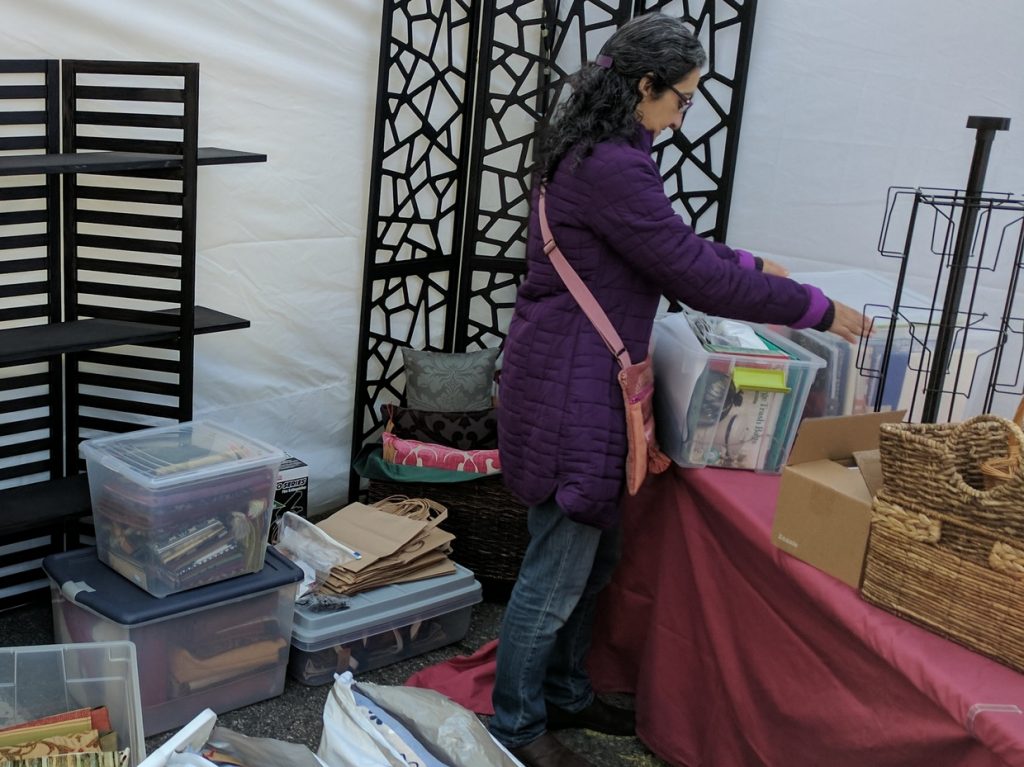 After all the inventory was up, all I had to do was place the price signs: 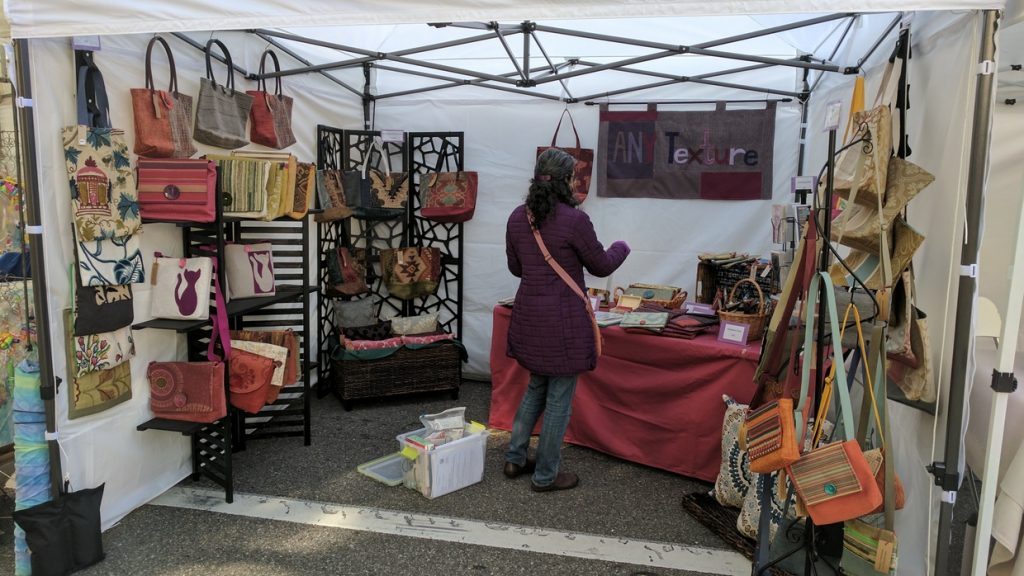 And then it was all ready! 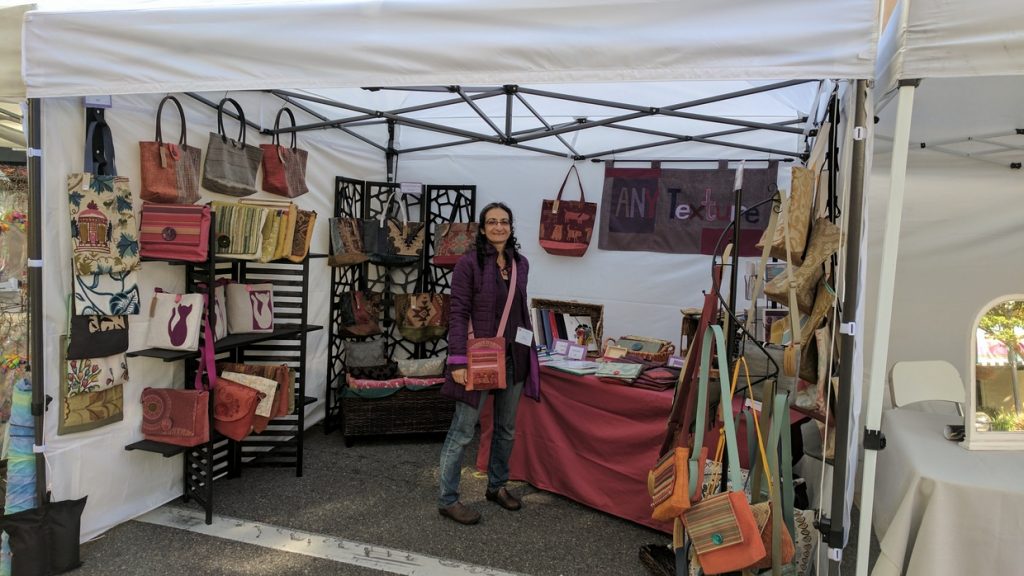 Overall, I was quite happy with how it turned out. The canopy was everything I hoped it would be: it was easy to put up and quite sturdy. The sand bags worked very well as weights. The finished shop banner turned out to be just the right size. My new shelves looked nice painted black, and merged well with everything else. And the mesh wall I bought at the last minute to hang bags from really seemed to have pulled the entire display together!

The only problem was the chair. I brought a folding camping chair, and put it behind the table. When I sat on it (as standing for hours on end was a bit much!), I almost disappeared! 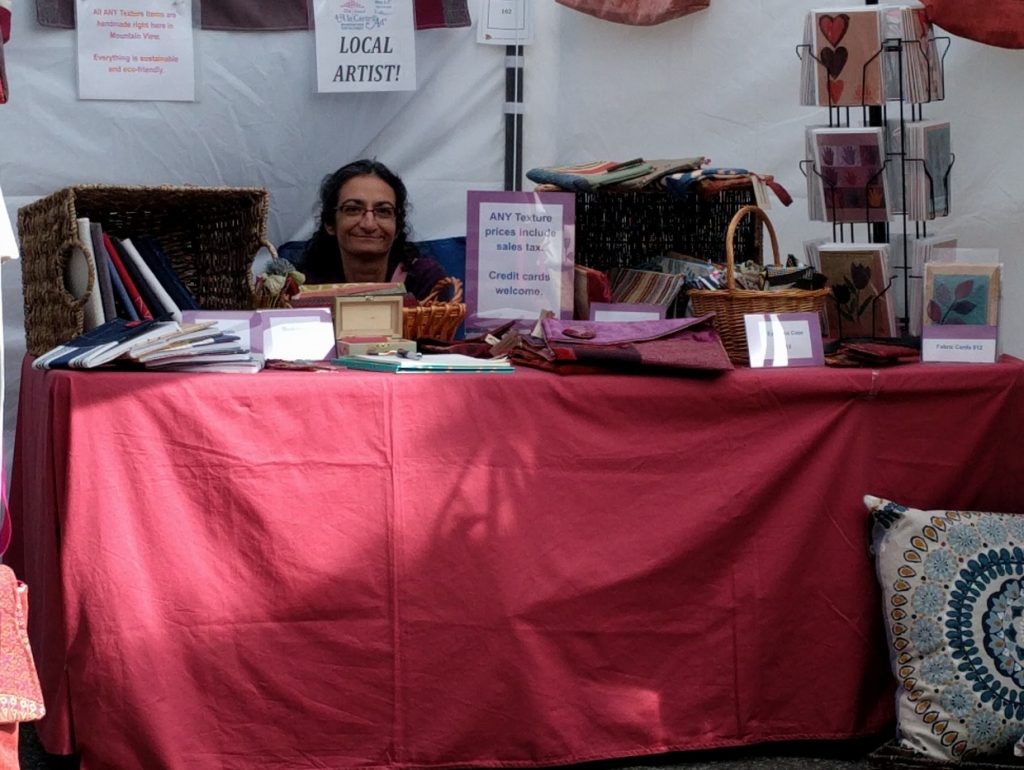 I will need to find a better solution next time.

Finally, this is what a fair looks like from the point of view of a vendor: 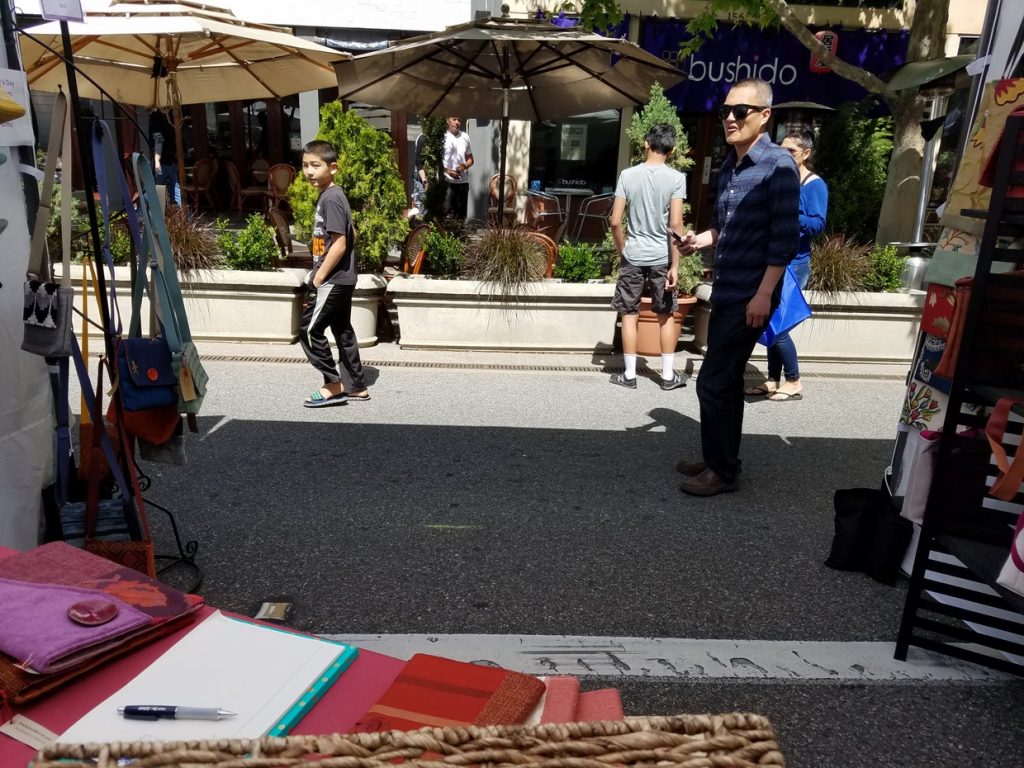 Getting to chat with passersby was a fun bonus!

4 thoughts on “My First Craft Show: What My Booth Ended Up Looking Like”