We could not complete our Harry Potter London trip without a visit to The Making of Harry Potter, the self-guided tour at the Warner Bros. Studios in Watford. We booked the tickets for this tour several months in advance, immediately after booking the flight. For my kids, this was hands down one of the two highlights of our summer trip.

We spent an entire day at the Studios. There, we oohed and aahed over sets, props, costumes and everything else associated with the making of the movies. Indeed, there was much to admire! The level of creativity, imagination, talent and professionalism involved was truly mind-blowing. J.K. Rowling created a magical world through words (and became vastly famous for it). Translating this world into genuine-looking places and objects, however, required immensely hard work by hundreds of equally-talented (yet mostly anonymous) people. Meticulous attention to detail was evident everywhere, from the building of large sets to the design of the smallest prop. Everything was exceptionally well done, and convincingly real-looking, even from up close.

The first part of the tour took us through some of the filming sets, both big and small. This, for example, is the tiny set of Harry’s room under the staircase. It looked as if Harry was about to return at any moment: 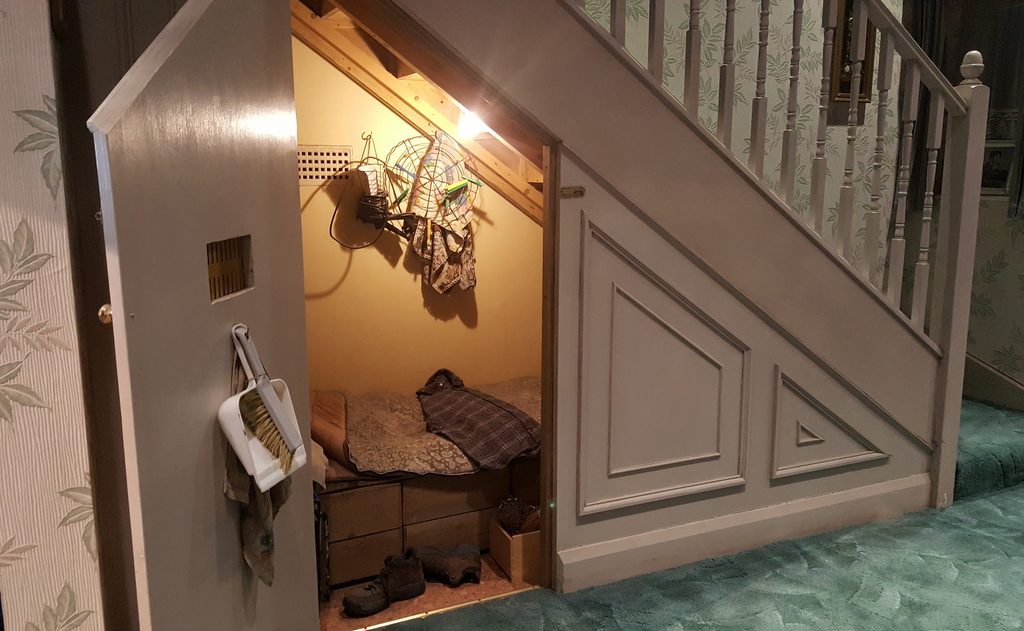 And here is the Great Hall of Hogwarts, which looked and FELT like a magical, medieval, solid-stone structure: 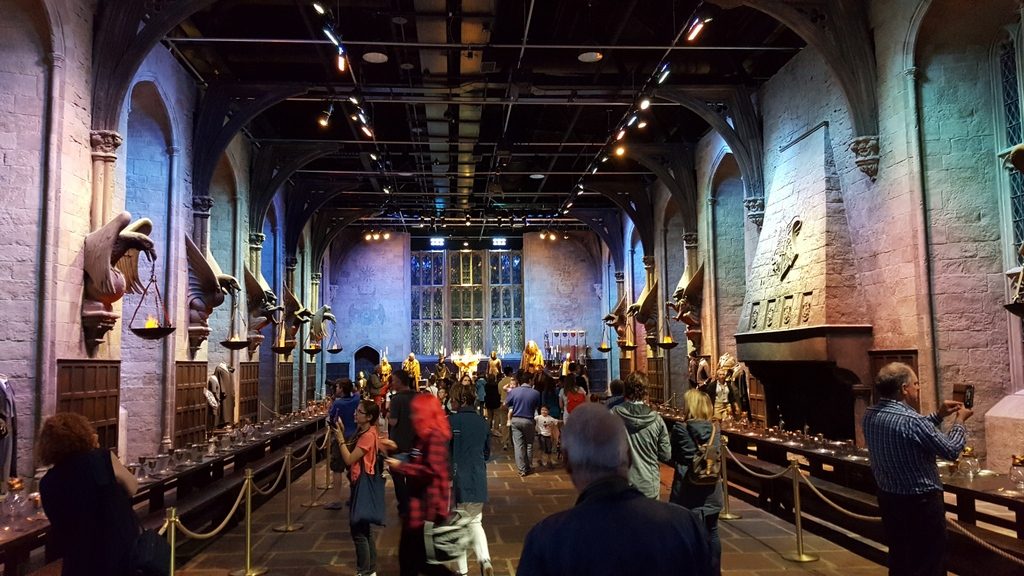 Only to be revealed as a thin plaster facade from the back: 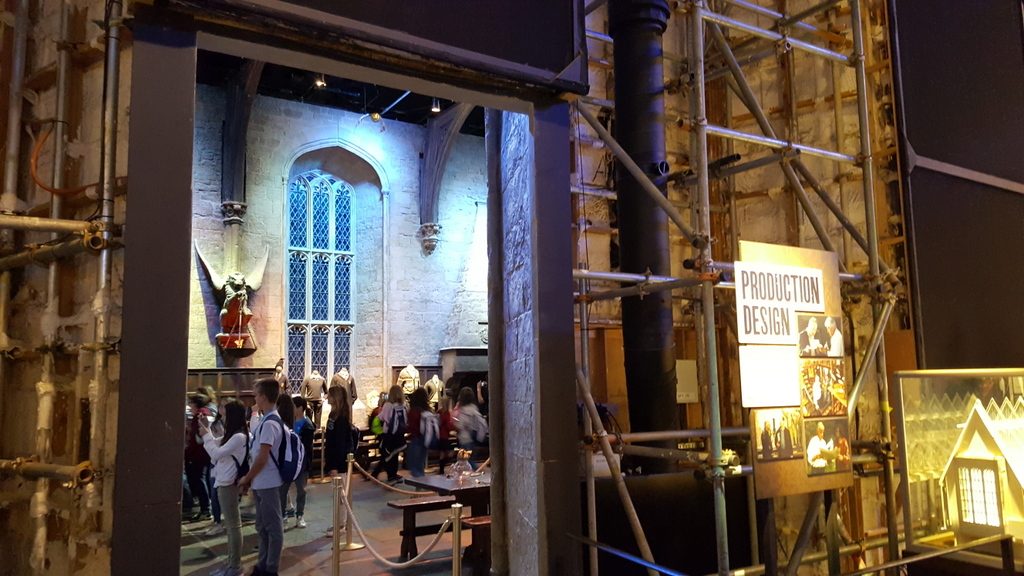 The homes, dormitories and classrooms that appear in the movies looked amazingly realistic and lived-in. This, for example, is Snape’s Potions classroom: 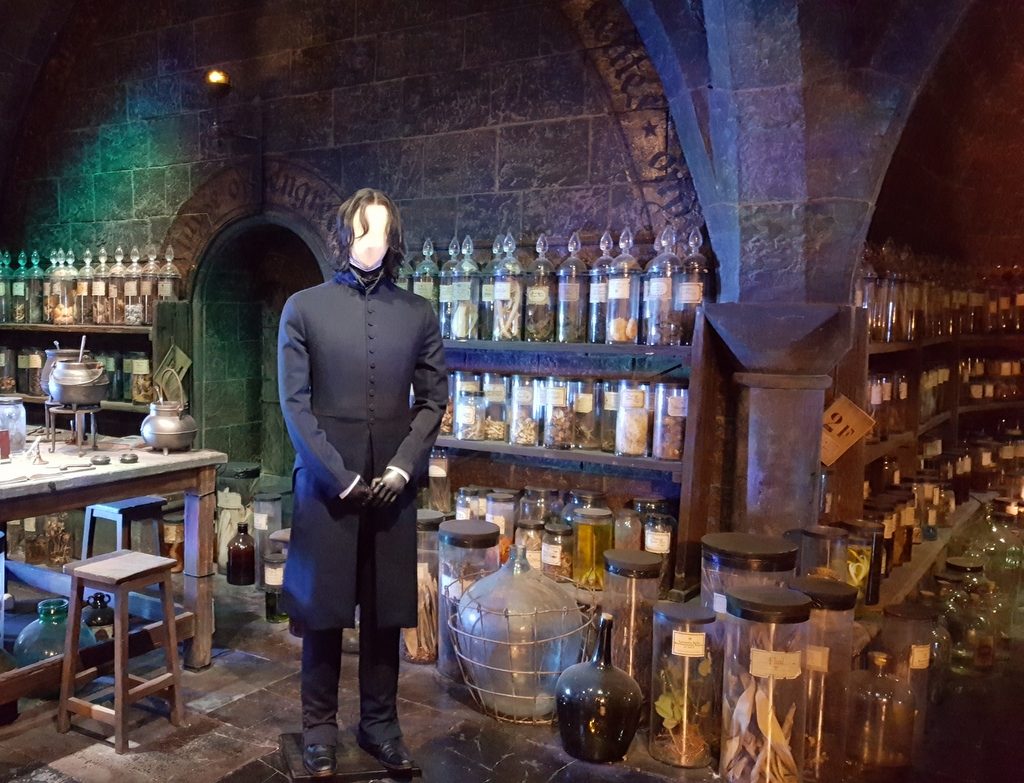 One of my favorite sets was Diagon Alley, which was built for the first movie and then used for all eight. It was exactly the kind of authentic-feeling, old-world street I try (and often fail) to find in my travels, the kind of place I fantasize about. I would have loved to visit some of the stores on this alley (and linger for a long while at a magical fabrics store, had there only been one!): 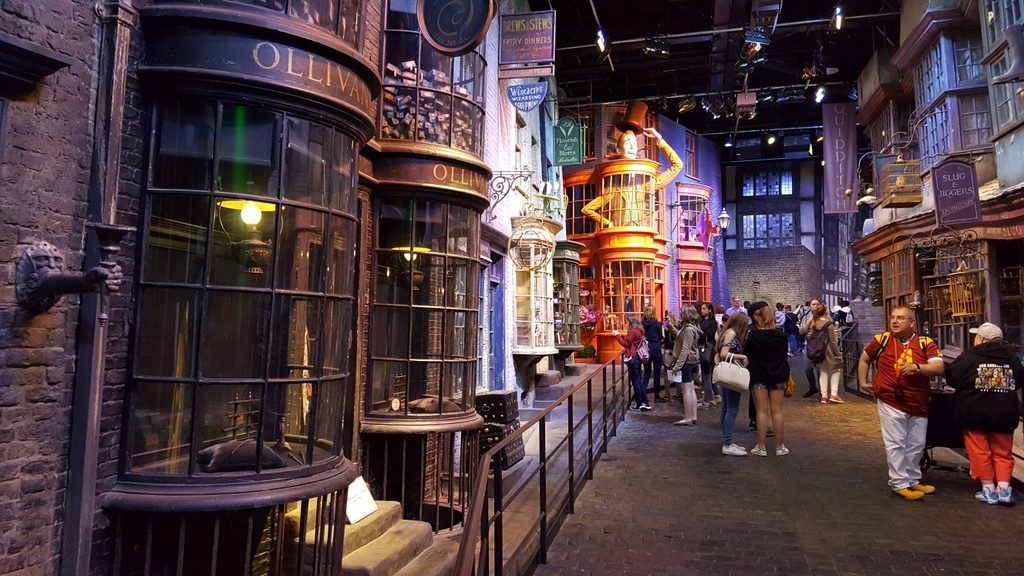 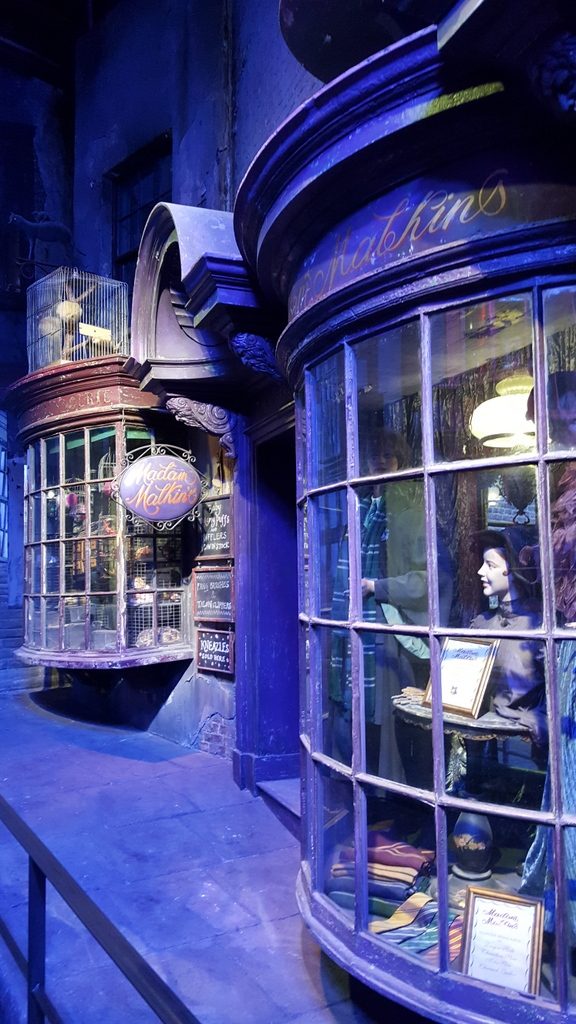 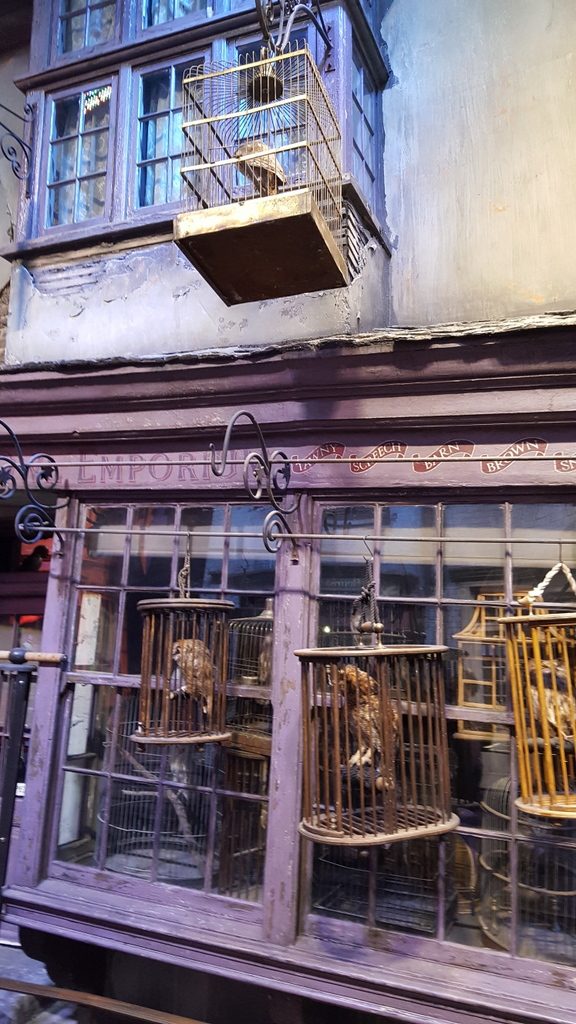 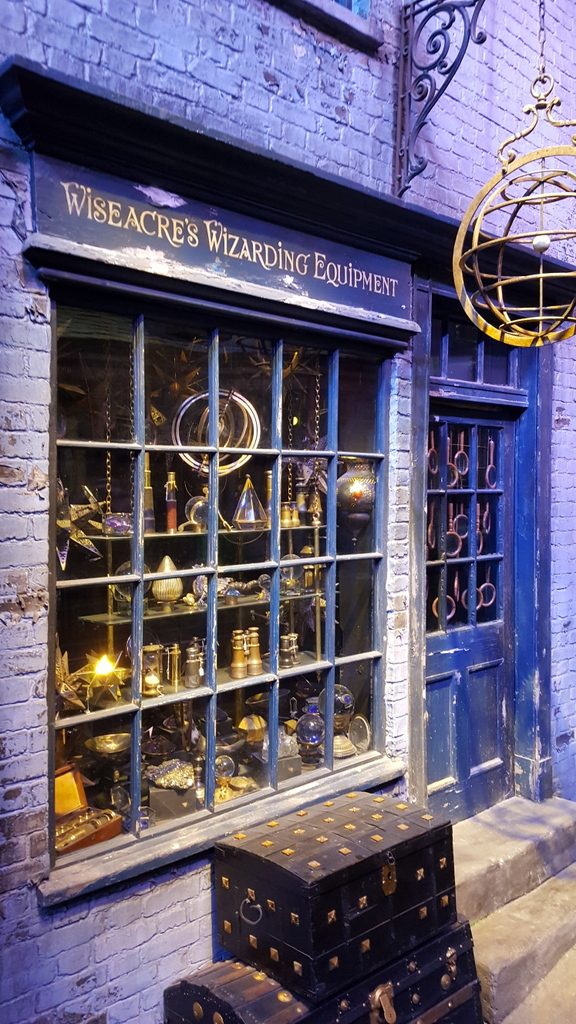 Even props that were used only once were made to perfection. Here is an appetizing dessert table, looking convincingly chocolaty, but obviously made of something else: 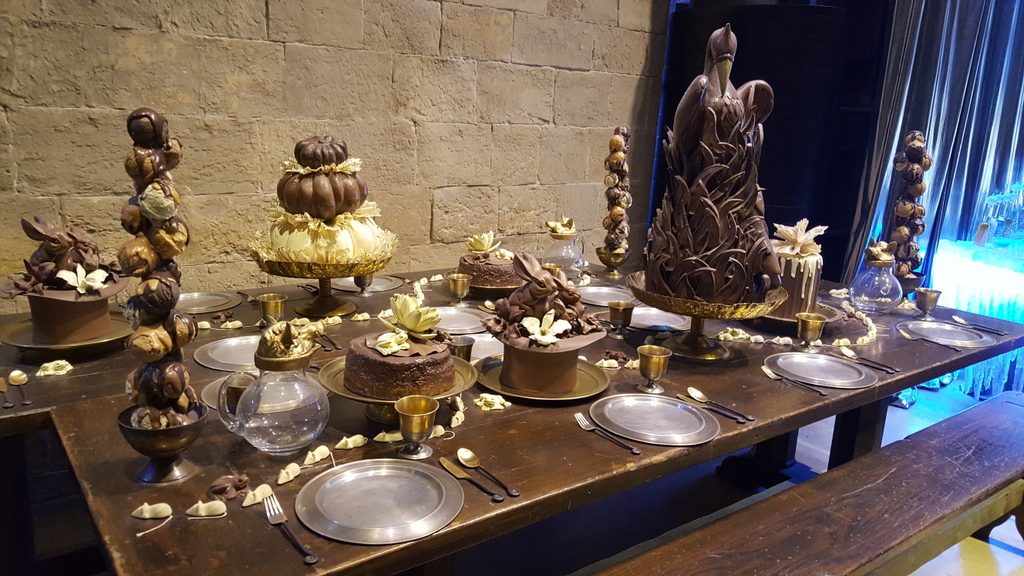 And some of Prof. Umbridge’s outfits, sewn from deliciously-textured PINK fabrics: 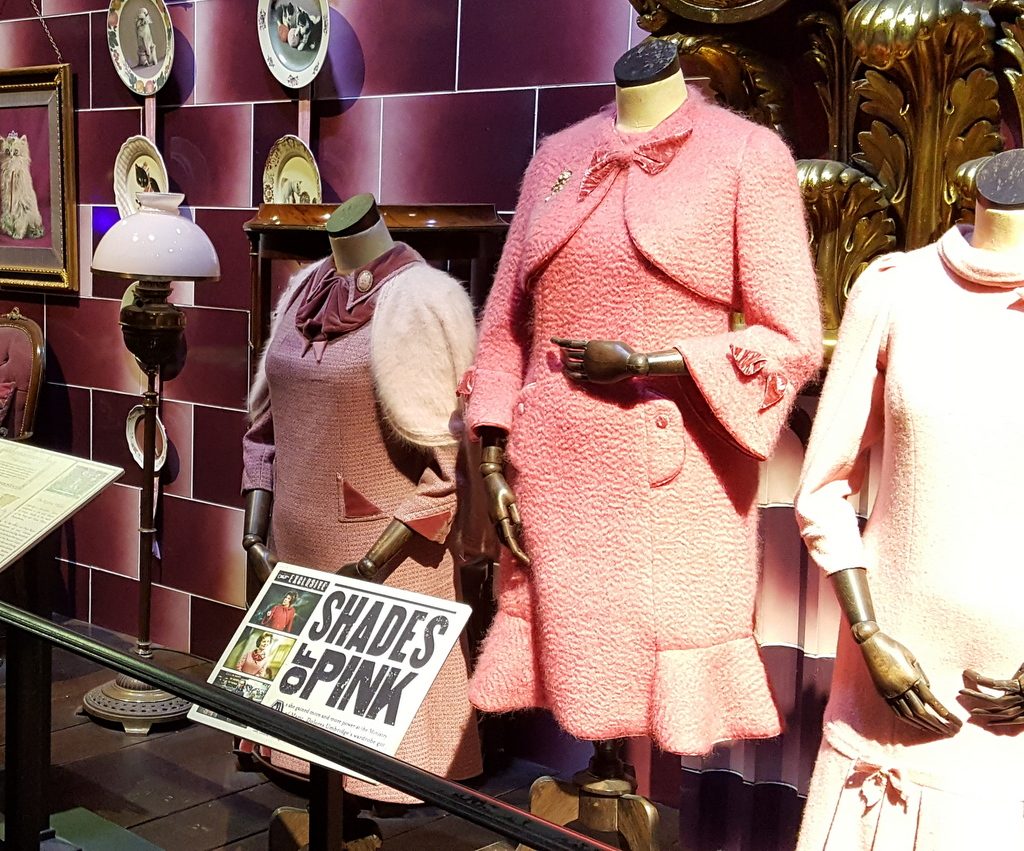 The Black Family Tapestry was a true work of art, surpassing real medieval tapestries I’ve seen in museums. We were told that this was originally supposed to appear on one wall only, but that once the graphic designers were done with it the directors decided to dedicate an entire room to this masterpiece: 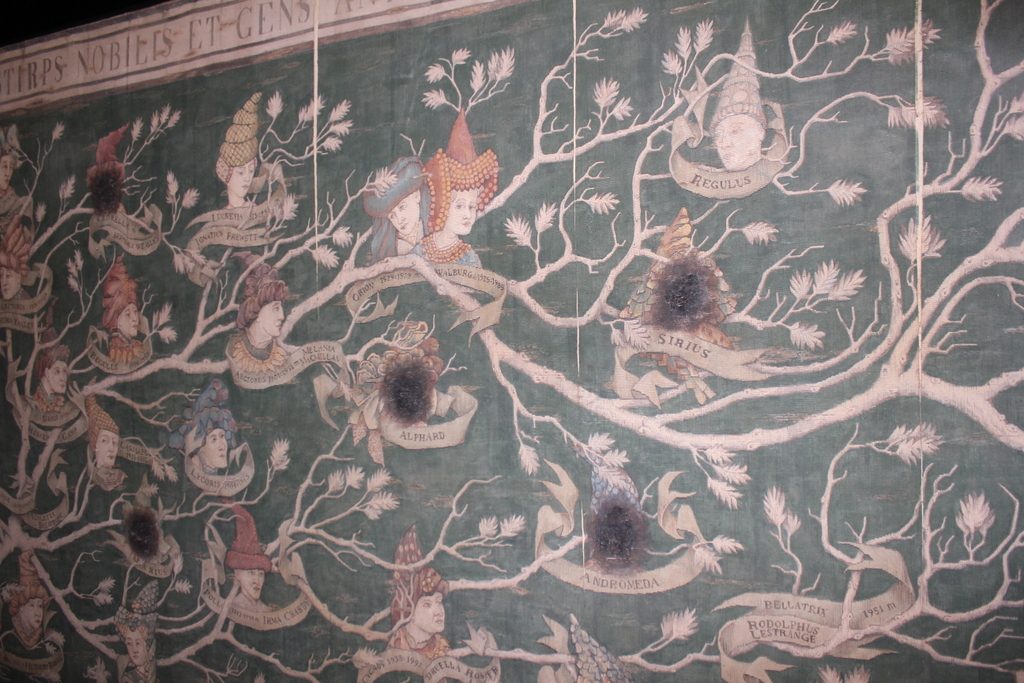 The tour went through a restaurant, where we tasted butterbeer, and through a courtyard that hosted the magical sleeper bus and Hagrid’s motorcycle, among other things. For the second part it took us behind the scenes, offering a glimpse into the thousands of hours put in by the army of super-talented people who made the movies what they are. There were painters who imagined what each character looked like: 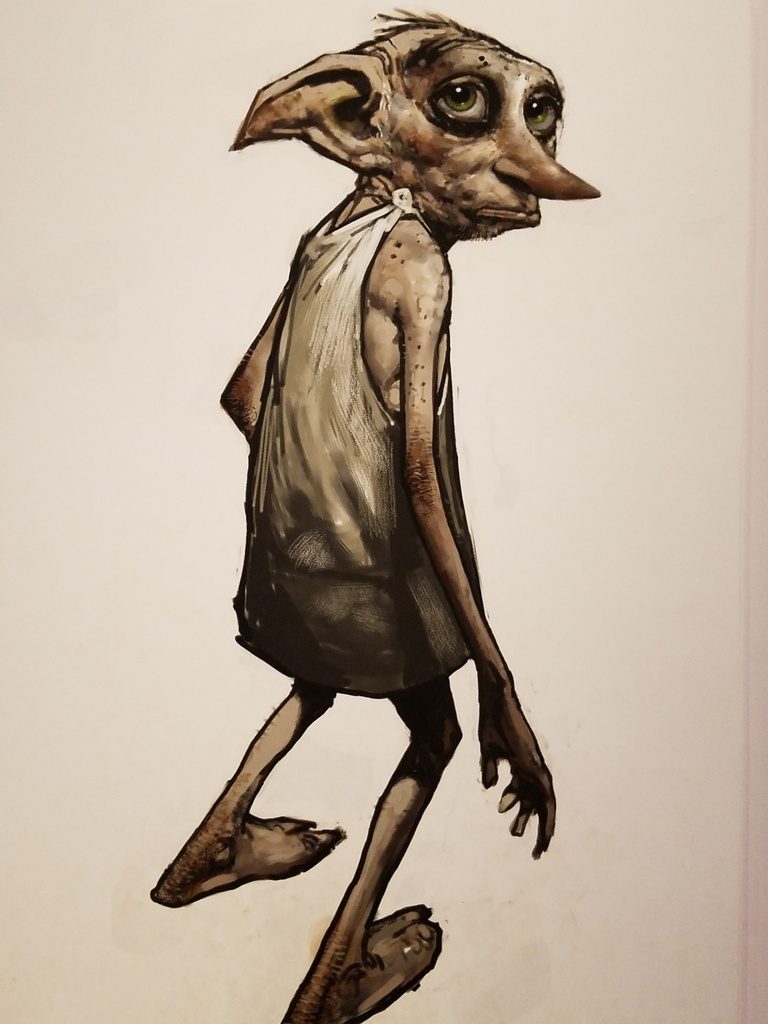 Sculptors and others artists made the masks for all the special characters. Here, for example, are goblin masks: 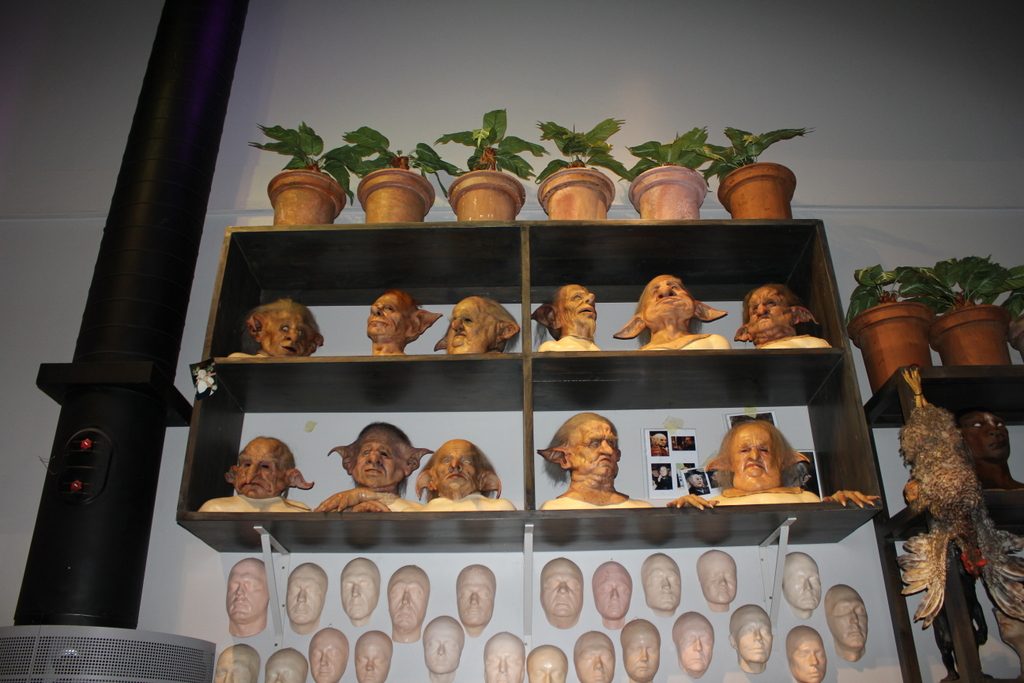 Technicians and robotics experts who made costumes come to life: 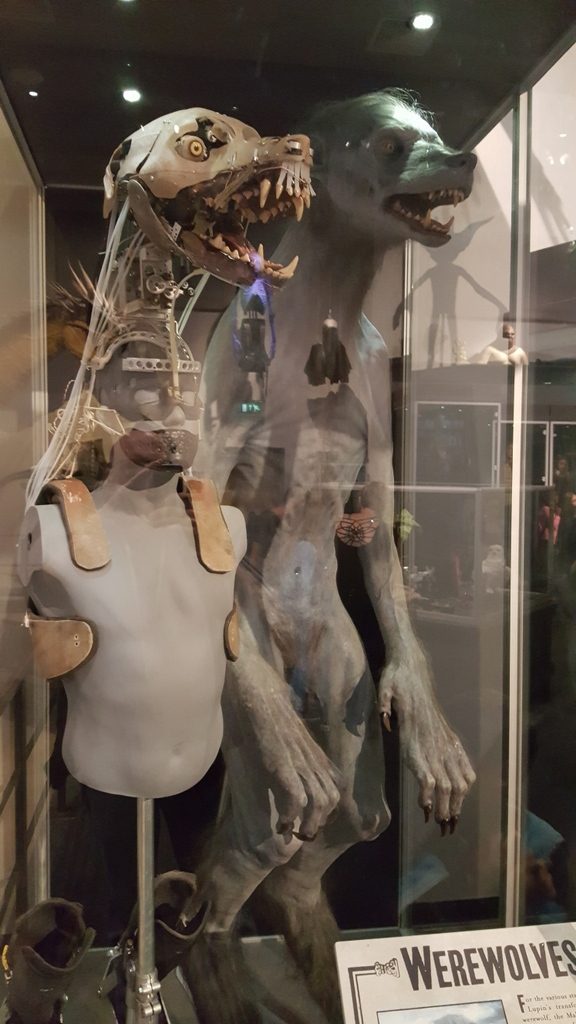 There were architects who designed the sets: 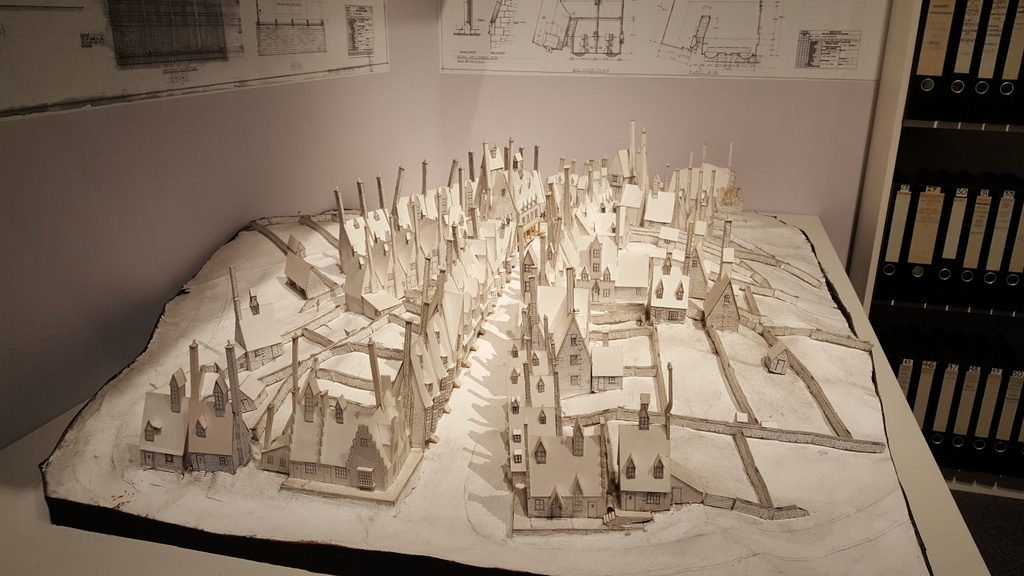 And people who built the models: 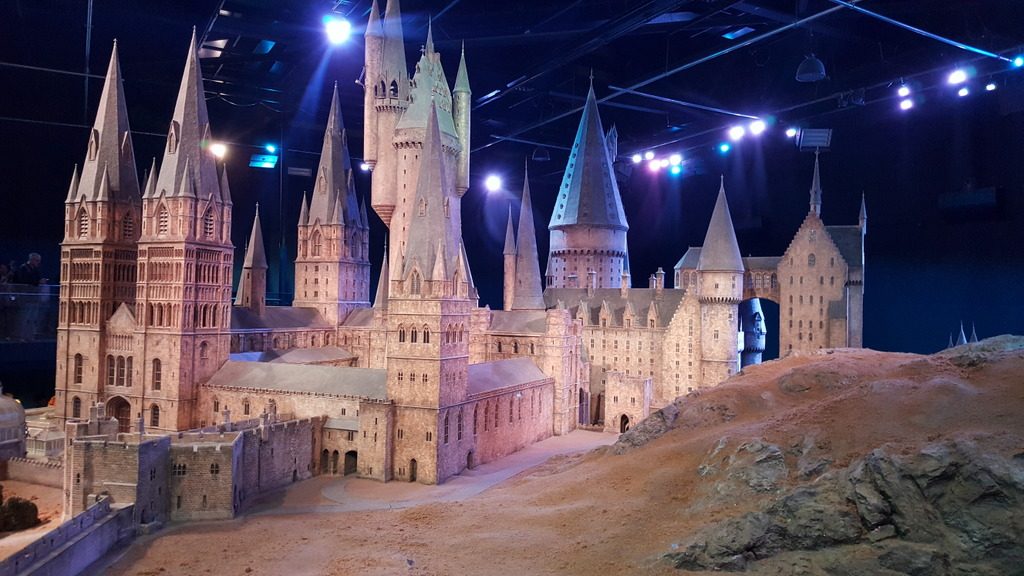 Each and every professional and artist involved, no matter their field, earned my utter respect. 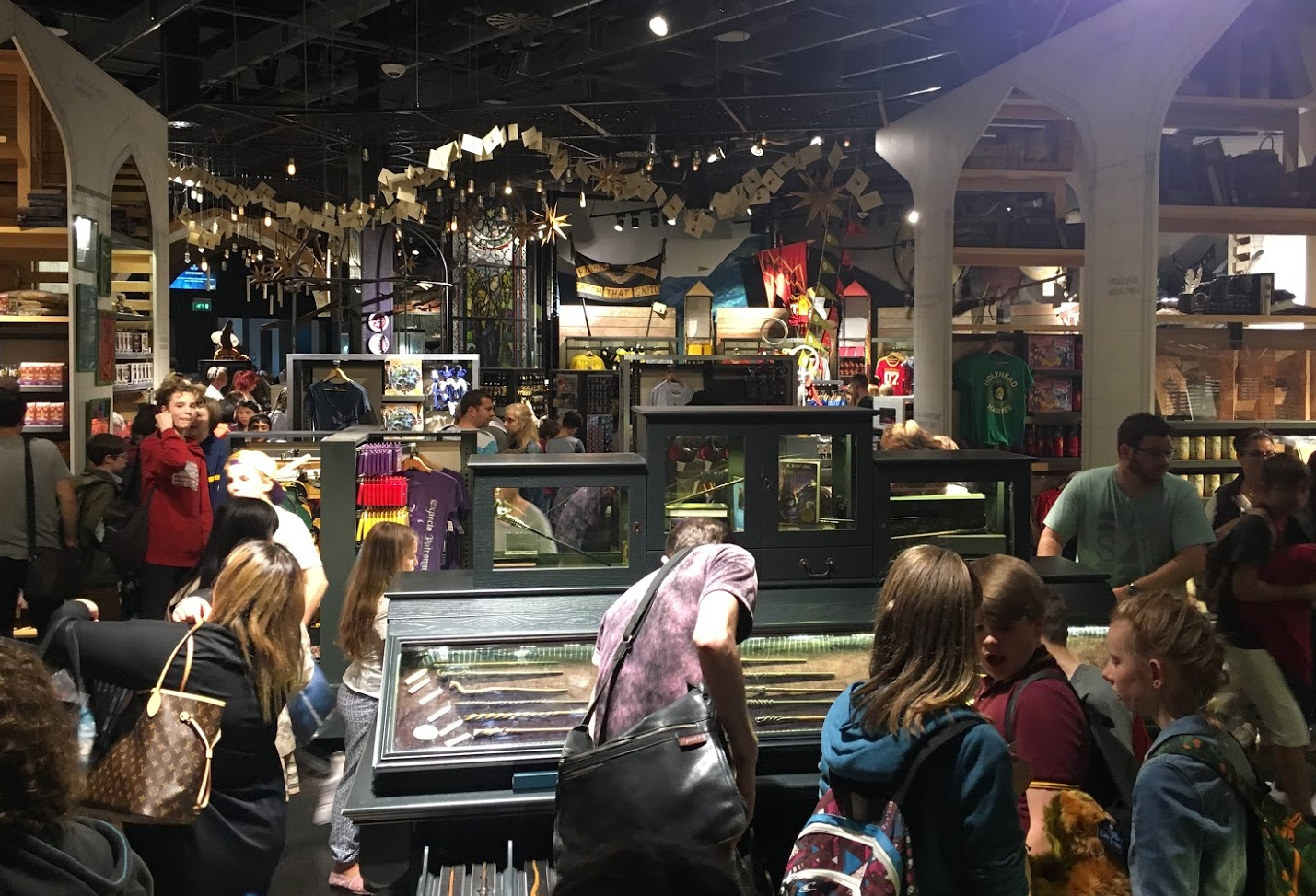 We left the Studios with full hearts, full bags and empty wallets.