Harry Potter and the Cursed Child

We arrived in London a couple of weeks before the official opening night of Harry Potter and the Cursed Child, the new play by Jack Thorne. Previews of the show started opening to the public only a few weeks before. This original story, written in collaboration with J.K. Rowling and John Tiffany, is the eighth installment of the Harry Potter series. It takes place nineteen years after the events described in Harry Potter and the Deathly Hallows. It is the only story in the series written particularly for a stage.

As Potter fans, my daughters heard a lot about this play long before we decided to go to London. They followed news articles that discussed it. They knew all about the main-character castings and controversy. Like all their friends, they were very curious about the story line. Of course, once they knew we will actually be in London they begged to go watch it. When we looked into it, however, we discovered that tickets, even for the pre-opening rehearsal stage, were sold out months in advance.

As it happened, the place we stayed at turned out to be only a couple of blocks away from the Palace Theater, where the Potter play was showing. And so, as we toured the city, we passed by it almost every day. Sometimes we walked by more than once. And every day our girls asked to go. 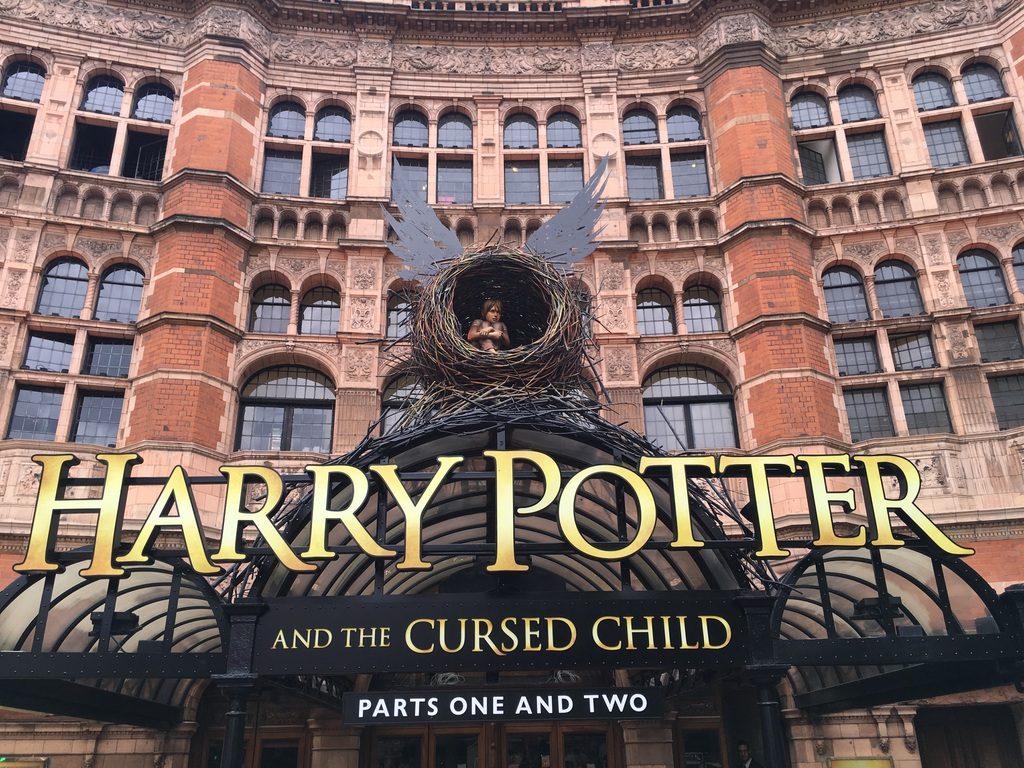 We found out that there were two far-fetched ways to get tickets to this popular show. The first was through the Friday Forty. This was an online lottery that took place every Friday at 1:00 pm. It involved releasing forty tickets for the following week. The second was by going to the ticket office and waiting in line to see if any tickets become available for that evening’s show, through returns or cancellations.

Well, we didn’t win the lottery despite spending our first Friday afternoon glued to a screen. When my husband and daughters suggested going to the theater to stand in line the following week, I really thought they were crazy. I told them that there was no way they would get tickets. After all, who in their right mind would give up tickets to this show? I said it would be a waste of a precious day. We could, I argued, continue touring the riches of London instead. And I suggested that they should be content with visiting the Studios, and shouldn’t be greedy.

I absolutely refused to stand in line for hours, in vain, on the cold, dreary street. But they insisted, and were willing to wait all day long if needed. So my son and I left them standing in line. The two of us went back to our apartment, expecting to pass the entire afternoon pursuing quiet activities.

To my utter surprise they texted an hour later. Not only were they able to get tickets, but they were able to get them for the entire family. And not only did they get five tickets, but four of them were for the best seats in the house, at the center of one of the very front rows. The fifth was further out, but still on the first floor. WHAT?!?!?!?!

The girls were in heaven! That afternoon our apartment was filled with wild cries of happiness and ecstatic dances. This was followed by earnest preparations, as we all attired our nicest travel clothes and got ready for theater. (Alas, we each had only one pair of well-worn sneakers). 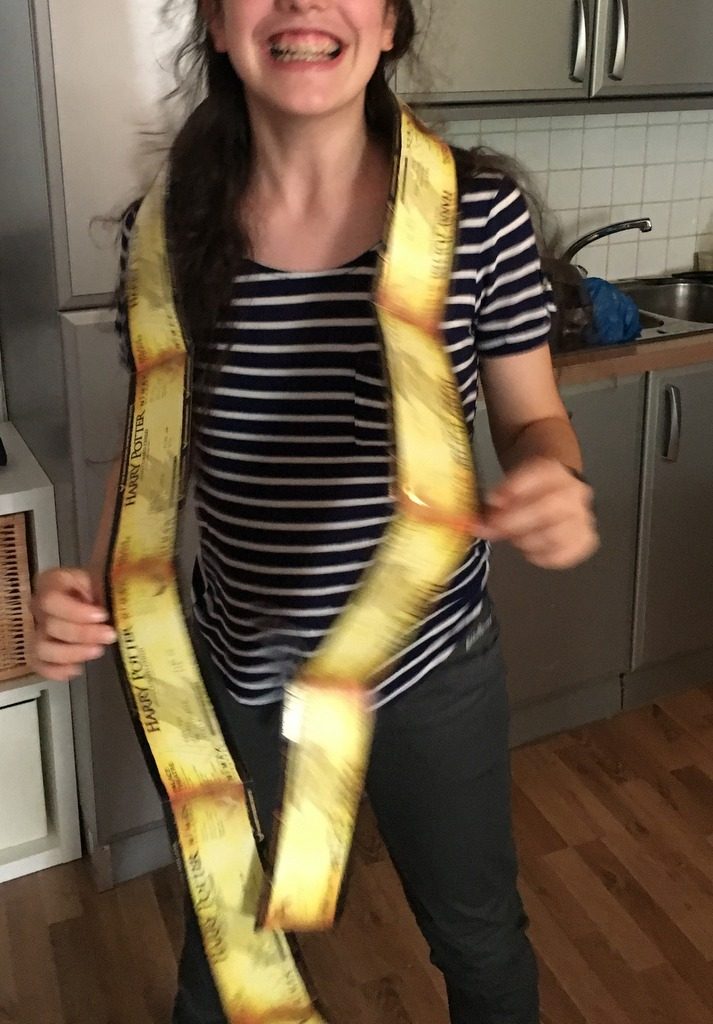 We arrived at the theater more than an hour early. Still, we found a LONG line of people already snaking around the building, filling the entire block: 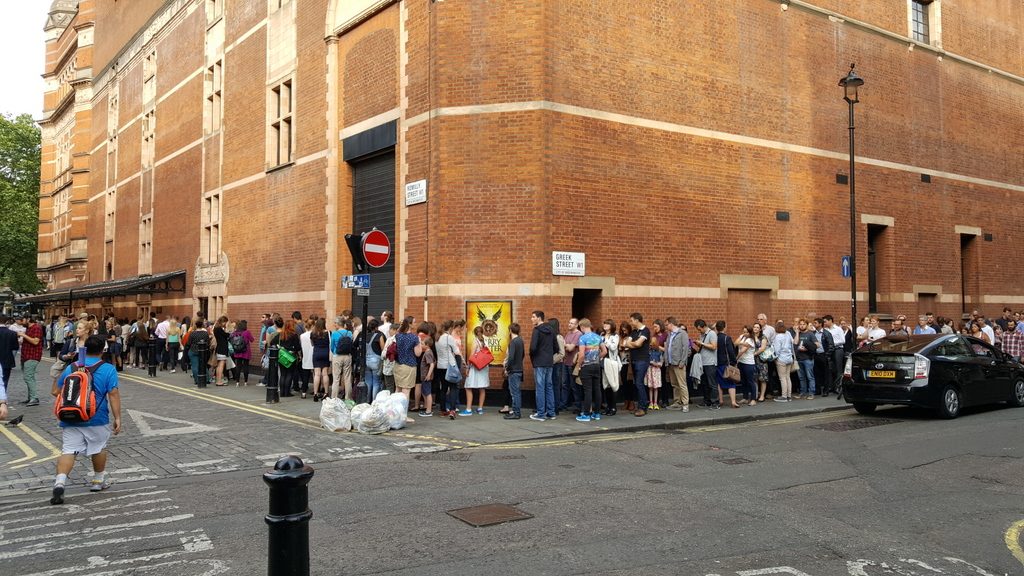 The palace Theater opened as an opera house in 1891, and hosted an array of famous musical since. A gilded, majestic building, it was an appropriate setting for the Potter play: 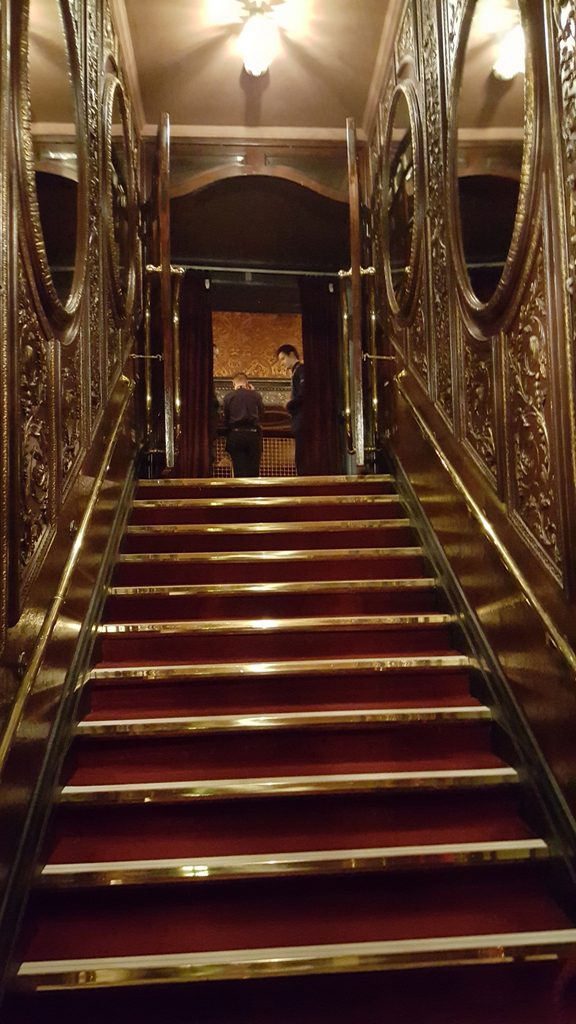 The play comes in two parts, on two consecutive nights. Since the script was not yet released when we watched it, we all got pins after the first part ended, asking us to “Keep the Secrets.” 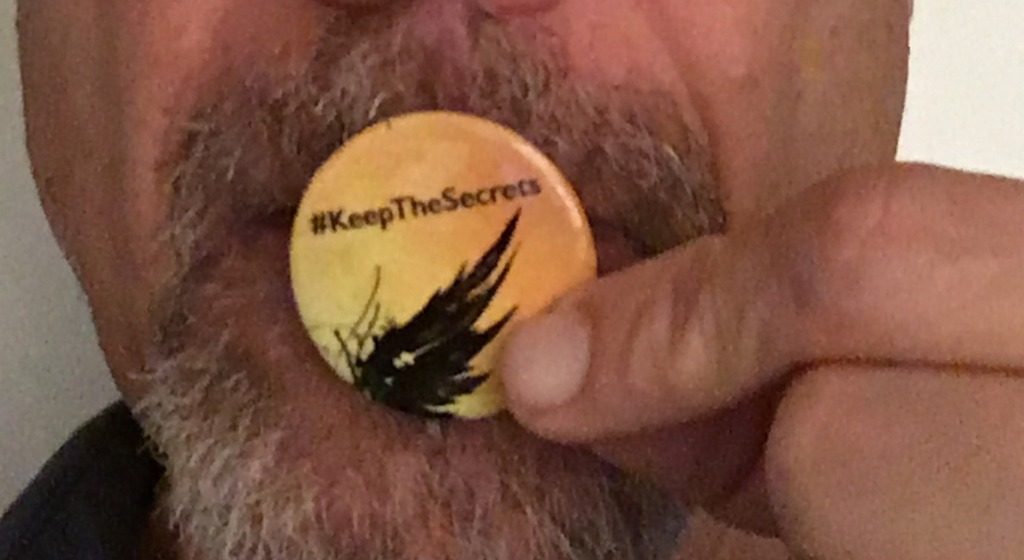 We have never been to a two-part play before, and we absolutely loved it! After the first night our seats already felt like home. We all thought we could easily get used to this and just keep coming, night after night.

Now the script is already published and is available for all to read. Therefore, I will not write about the story itself. Personally, the story didn’t impress me. I thought it didn’t have a lot of new content. But the play was absolutely AMAZING! The acting was superb even in that rehearsal performance, the character casting didn’t bother me at the least, and the special effects were really awesome! Favorite spells like Polyjuice transformations and even flying looked wonderfully convincing. The magic felt very real, even up close.

My daughters ranked this experience as the second highlight of our trip.I ranked it pretty high on my list, too. So, if you plan to head over to London any time soon, I would strongly recommend not reading the script and seeing the play instead. It’s worth it!