The reason we ended up in London this summer was my daughters’ passion for anything Harry Potter. Over the years the two of them read and re-read the books many times, and watched all the movies repeatedly. For several years on Halloween they dressed up as characters from the series. When young, they dressed up as “good” characters such as Hermione. Later, as they entered their teens, they preferred to dress up as more wicked, goth-looking Death Eaters.

A few years ago they forced us to visit Disney World, where we spent a couple of LONG days pacing up and down Diagon Alley. The girls coerced us into standing FIVE TIMES in the exceedingly long lines leading to Olivander’s Wand Shop. They hoped that a wand will choose them, as it did all young wizards. Little scientists as they were, they soon realized that the wands seemed to have a pattern: they always picked kids from a specific part of the store, one time a boy, the next a girl. And so, on the fifth attempt, my girls managed to squeeze right into that golden spot. Lo and behold, viola! — a wand picked one of them! A rather expensive one at that, as we later learned at the checkout counter…

This year, after much begging, the kids finally got their way. When summer came, we all made a pilgrimage to the Mecca of Pottermanina. Fresh off the plane, exhausted from a long flight and completely jet lagged, we had to hike all the way to King’s Cross Station to look for Platform 9 3/4. Those of us who were concerned it’ll be hard to spot soon realized there was nothing to worry about. There it was, right next to the Potter gift shop, at the end of a super-long line of giddy tourists. There were actually two or three 9 ¾ platforms, one next to the other. Each had it’s own line and half a shopping cart (the other half supposedly disappearing into the wall), flashed again and again by professional and amateur photographers alike. 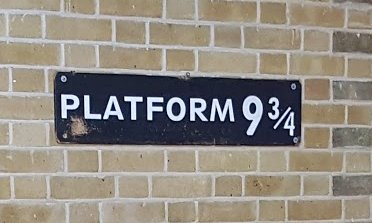 The next day we went to Leadenhall Market, the filming location for Hogs Head: 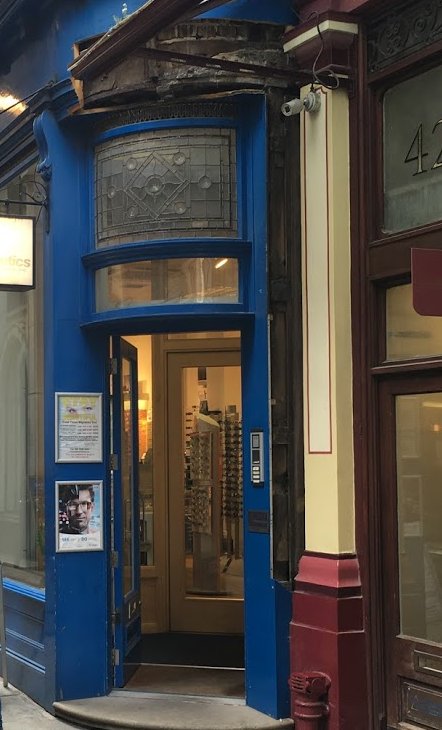 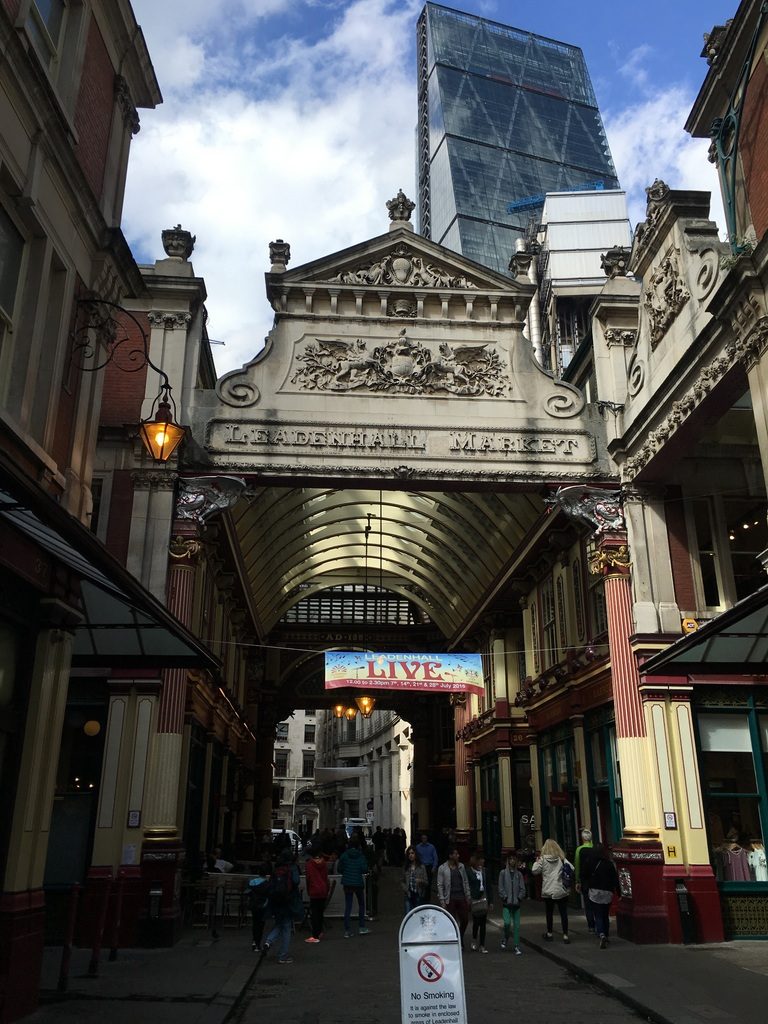 Then we crossed Millennium Bridge. This is the bridge the Death Eaters destroyed in Harry Potter and the Half-Blood Prince: 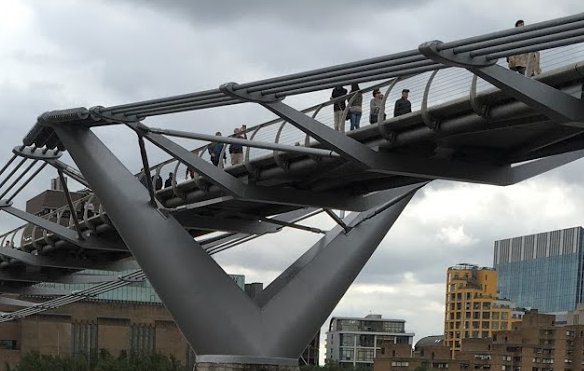 When we went to the London Zoo a few days later, our very first stop was naturally the reptile exhibition: 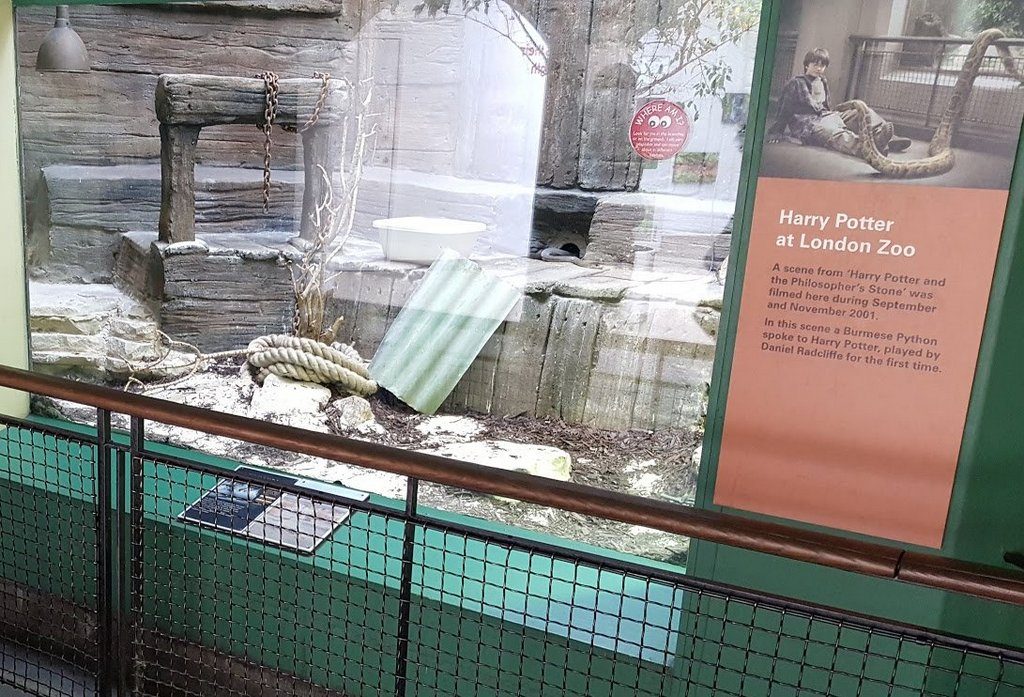 The Potter obsession even touched our only day-trip outside the city. Between visiting Stonehenge and Salisbury Cathedral we squeezed in a quick visit to Lacock Village. This picturesque, beautifully-preserved medieval hamlet was established in 1232. People have continuously lived in it ever since. Even now, the existing houses date from the 18th century or earlier. The the National Trust now owns the entire place. Lacock Village is a true gem of authenticity of the kind I find really exciting. Walking around town truly feels like going back in time: 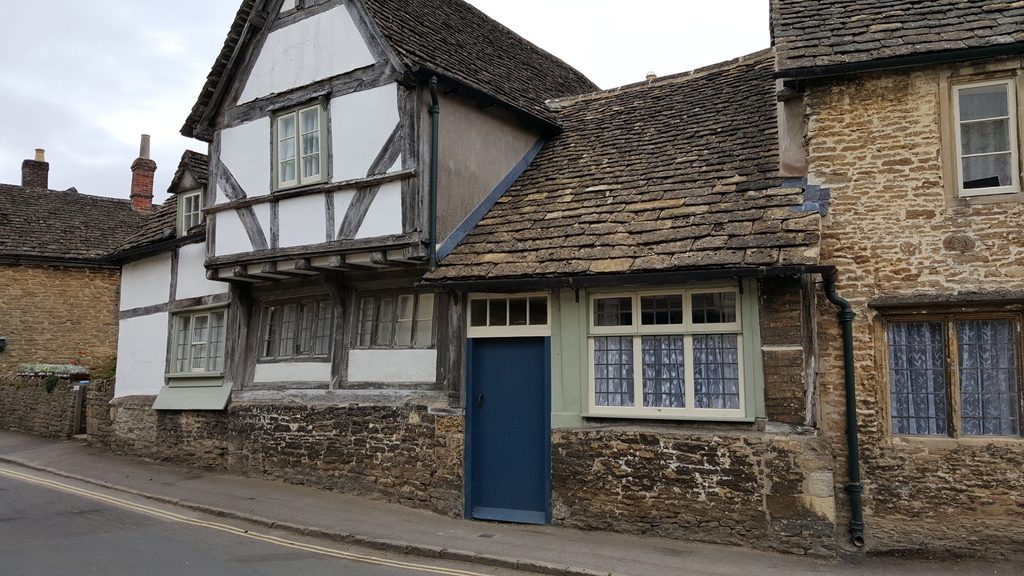 Not surprisingly, this beautiful village appeared in several movies. To my kids, however, only the Potter movies mattered. And of all the nice houses, only one was worth a thorough look. The building they cared about appeared in the Philosopher’s Stone, where it was featured as the outside of the Potter birth home at Godric’s Hollow: 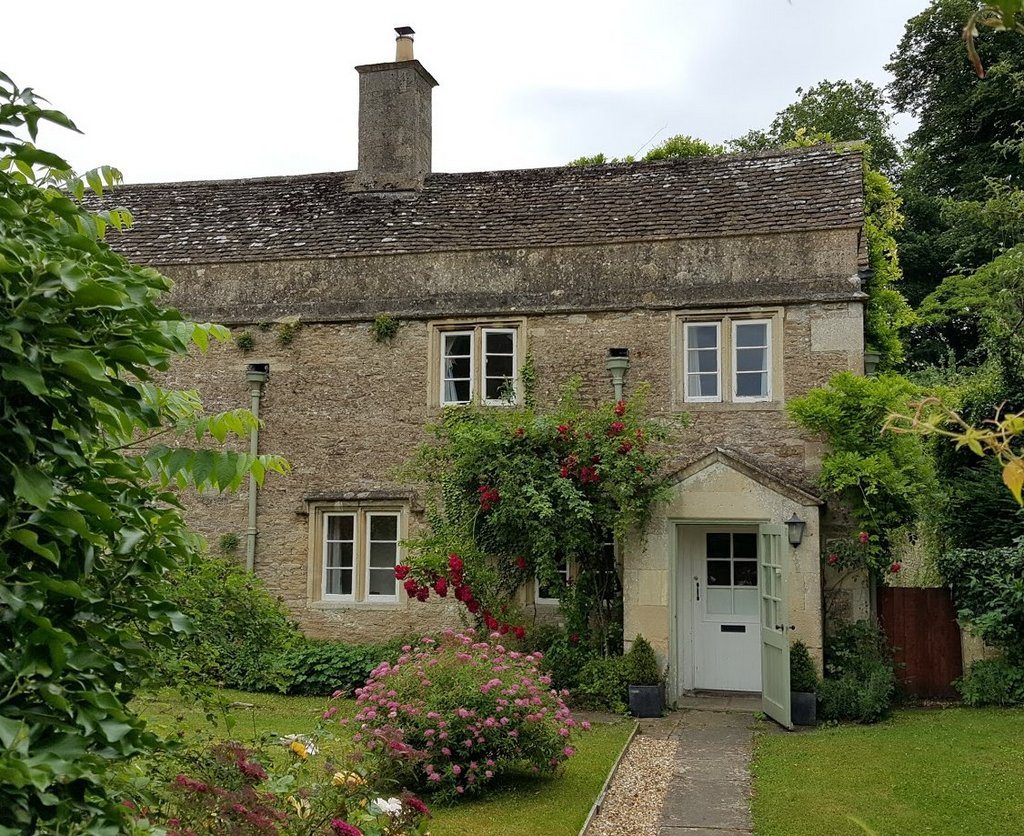 Sadly, we couldn’t visit Lacock Abbey, another Potter shooting location. The abbey was closed when we arrived.

Of course a Potter trip could not be complete without a day at the Warner Bros. Studios. But that, I think, is worth its own post. 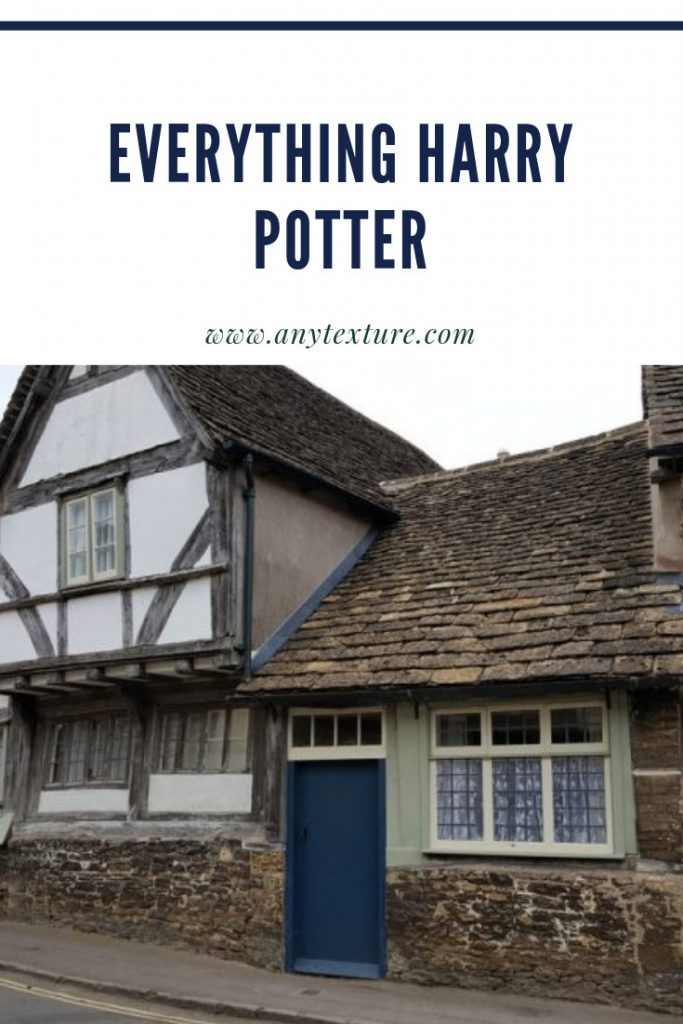 One thought on “Everything Harry Potter”