It just so happened that shortly after being inflicted with the Bag Bug I was presented with an amazing opportunity. A club I was a member of was looking for artists to man a booth at a local Christmas Market. When the offer arrived, I only had a handful of bags and a vague idea to maybe sell a few someday. So I was quite hesitant at first. I never did anything like this before, and wasn’t sure I had enough inventory. But friends and family urged, and finally I decided to leap in and go for it.

Participating in the (shared) booth gave me a deadline and a purpose. More importantly, it provided the self-legitimization to dedicate six whole weeks to full-time creativity. For a month and a half the dishes piled up in the sink, the laundry lay unfolded, and my family ate a lot of pasta. I, however, had a complete blast, designing, matching fabrics, learning new things and sewing, sewing, sewing!

My kids weren’t initially that happy with me not fulfilling their every need at all times. Towards the end of those six weeks, however, they came around. They learned to appreciate me in new ways (yes, even that previously-taken-for-granted laundry service!),. They took on more responsibility for house work, and joined in the general effort.

The weekend before the fair, I gathered all the things I made over the previous six weeks, and set them up booth-like. For the first time I realized just how much I had actually produced. Put together, my products were quite impressive! The biggest compliment came from my daughter, who only a few short weeks before told me she wished I’d get sick of sewing, and soon. “Mom,” she said, “this is really beautiful!”. 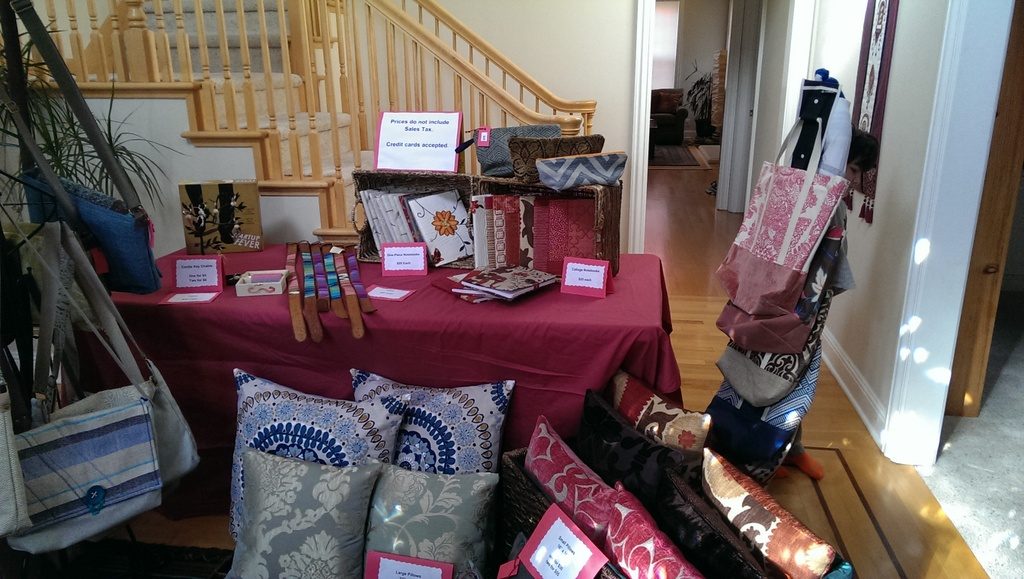 Tags:craft boothlife
previousHow it All Began: Coming Down with the Bag Bug
nextMy Work Space (aka “Studio”)