When I first sojourned into the bag-making world, I mostly enjoyed sewing messenger bags. Over the last couple of years, however, I found myself making less and less of them. Earlier this year, I finished some messenger bags as part of my efforts to reduce the piles of Unfinished Projects (UFOs), but those were designed along with my early work, and were already cut and ready for sewing. I haven’t designed new ones in a while.

Well, a few weeks ago I set about to tidy up my sewing room. I found a piece of sample fabric swatches that I really liked. Their pattern and colors stood out to me, so I started playing around with them. I realized that the best way to do them justice will be by making them into messenger-bag flaps.There were four flaps in the end, all made from the same fabrics, but in different color combinations. I then set them aside. 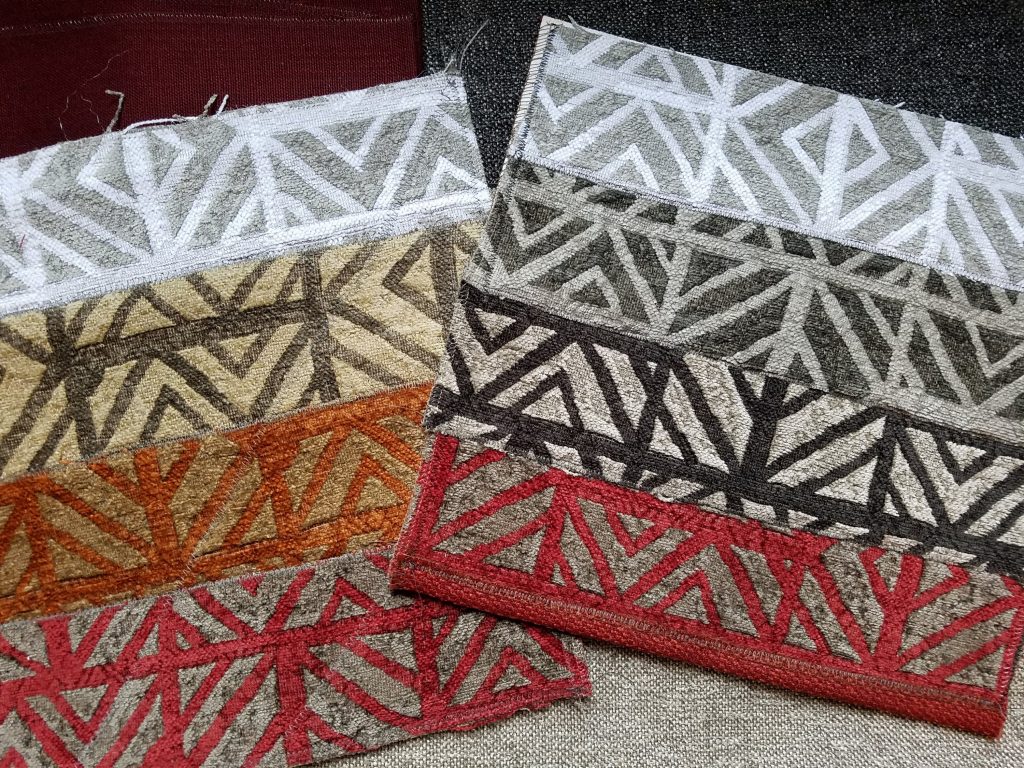 This week, winter returned with a spell of gray days accompanied by downpours of rain and even some hail. I was in a gray mood. It was the perfect setting to work on some gray messenger bags!

The flaps were mostly finished, but didn’t have closures. To me, their pattern felt very urban, modern and edgy. I sewed them to be rough on the edges, with a somewhat unfinished look. To match that city look, I decided to give them swivel-hook closures. I also added some top stitching, to make the underside of each flap a little piece of abstract art: 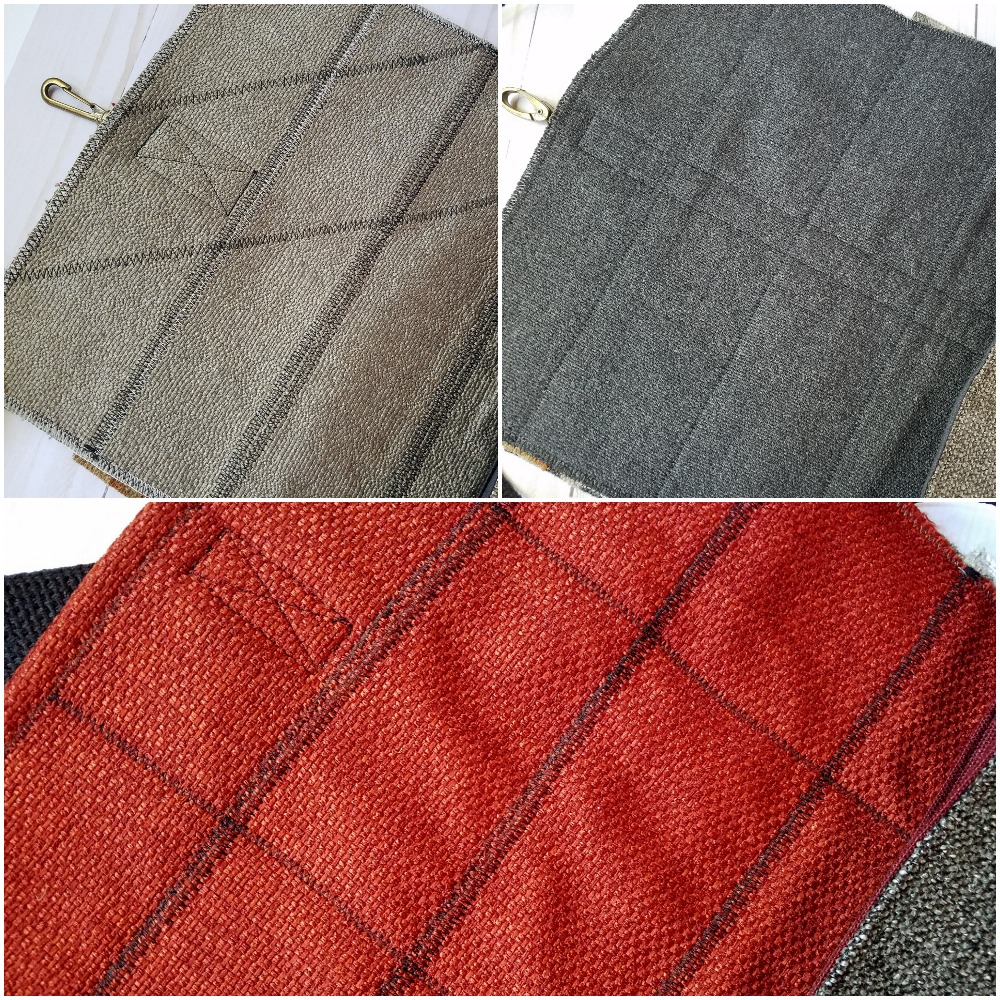 Each flap I matched with a solid fabric for the body, in a color that made its own colors pop out. I sewed the outer shells: 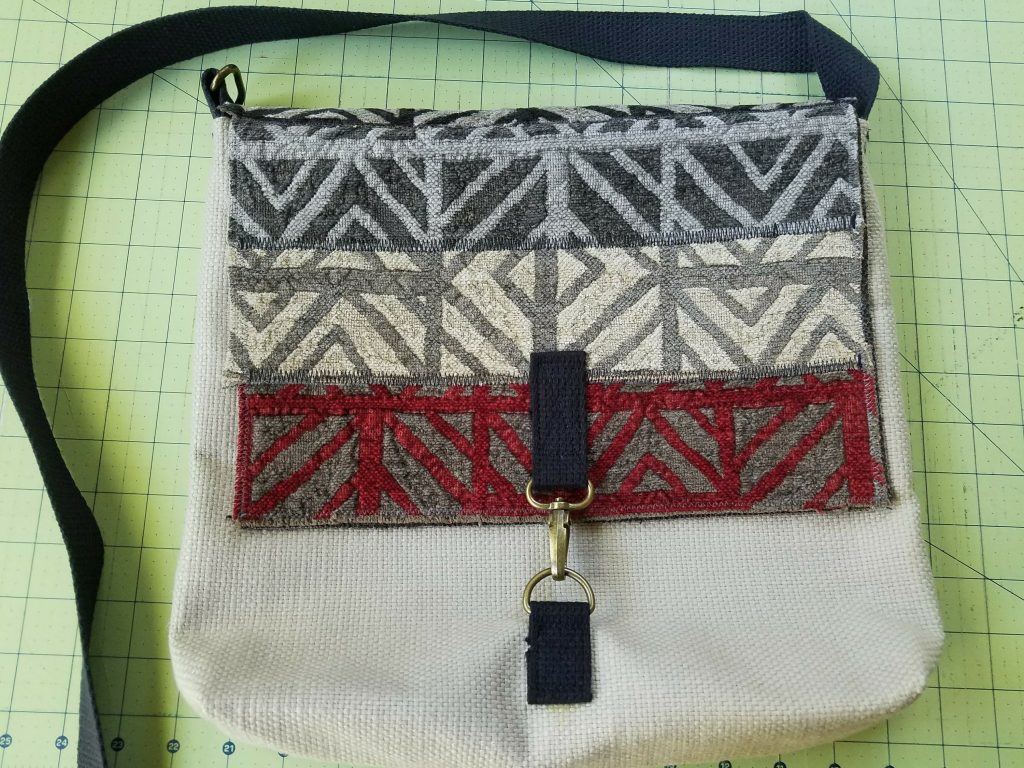 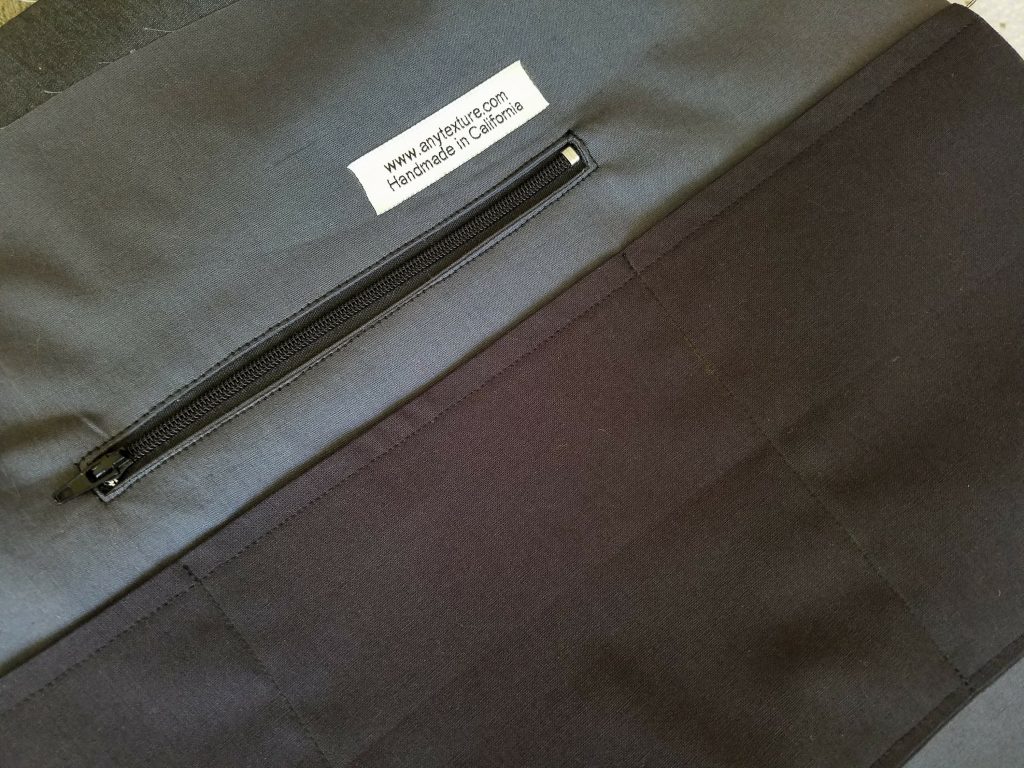 Before I was about to connect the outer shells to the linings, I realized, to my horror, that I was very low on black thread… 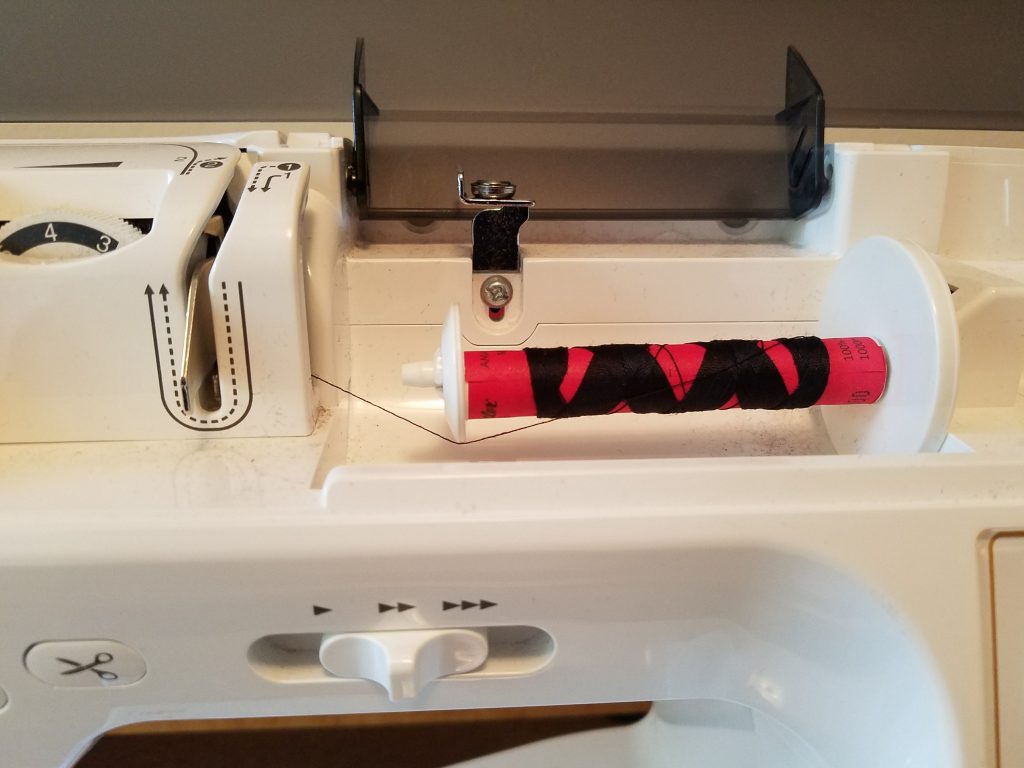 Amazon to the rescue! But I still held my breath as I was stitching them together… 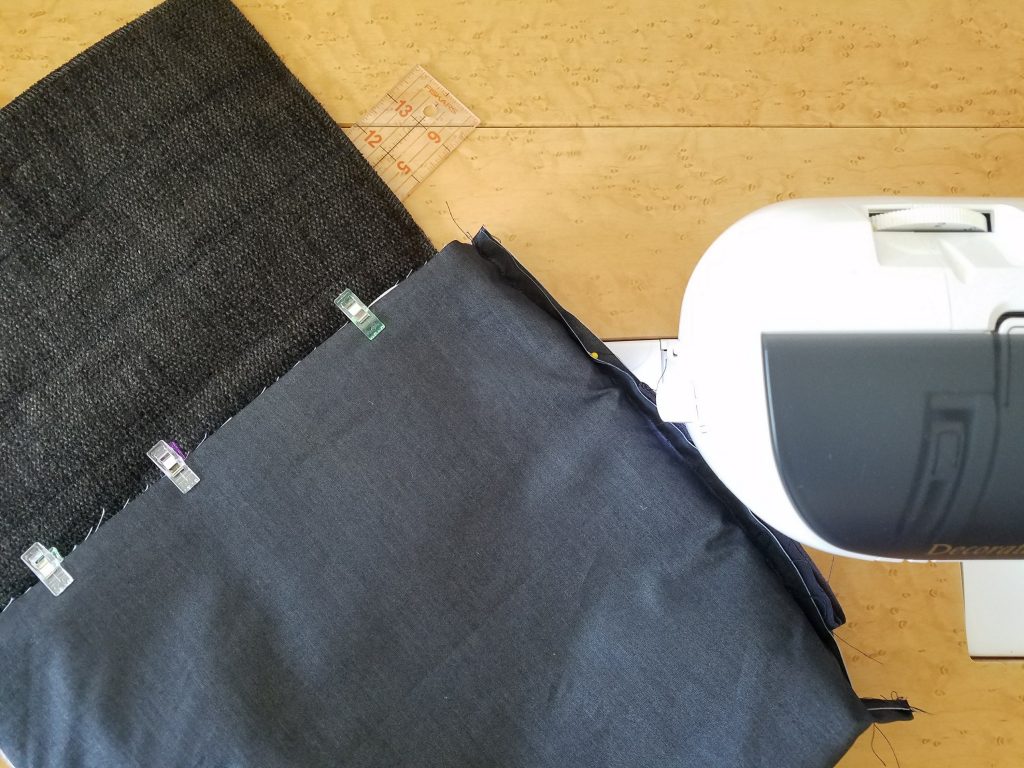 The thread barely lasted through the last stitch! 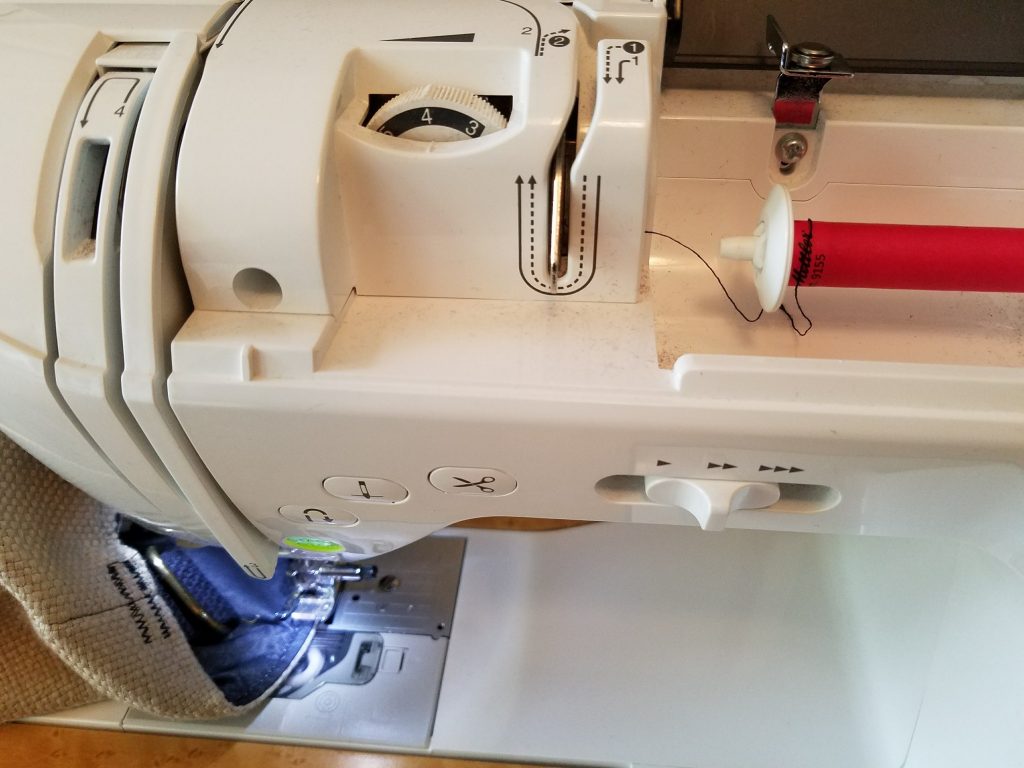 There still wasn’t enough thread to finish the straps, however, so I had to wait a day for my Amazon parcel to arrive. But the wait was worth it, as I’m very happy with how this collection turned out 🙂 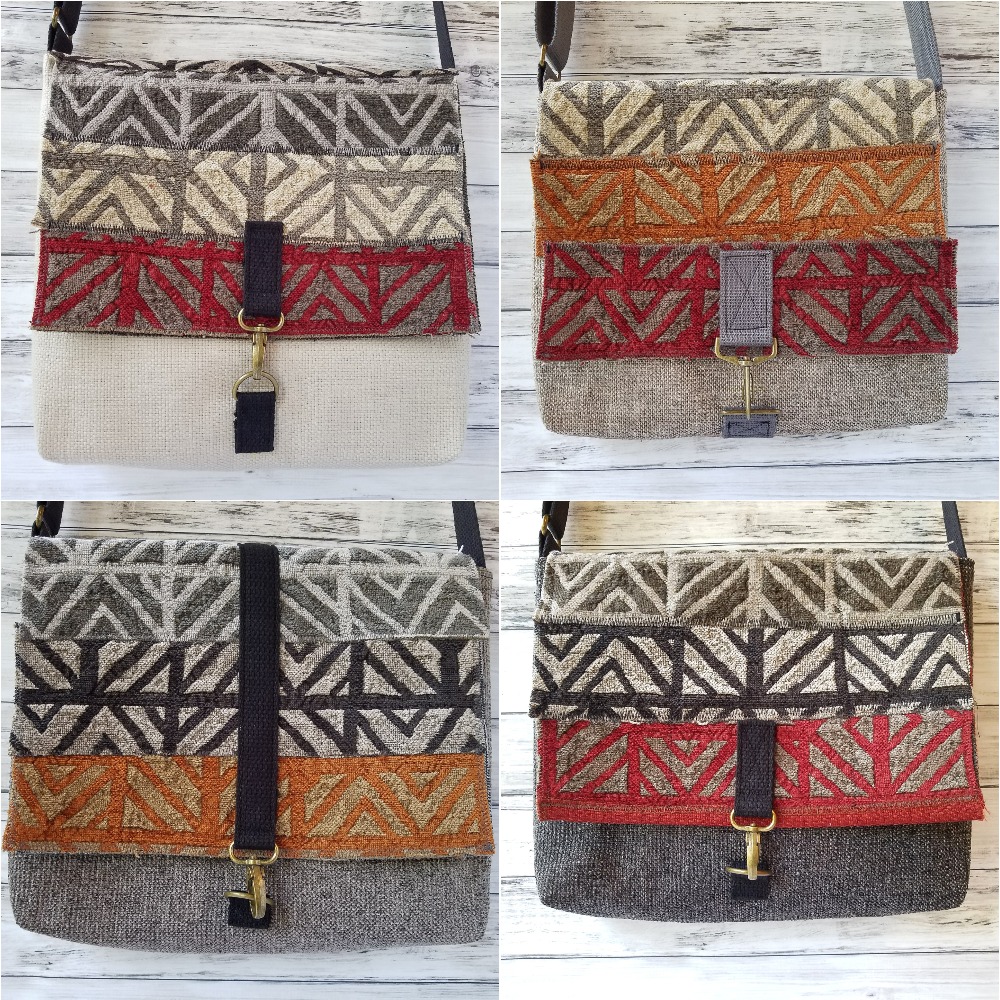 And since I was already in a gray mood anyway, and had a brand new spool of black thread to boot, I went on to make a couple of gray and red artsy sling bags as well: 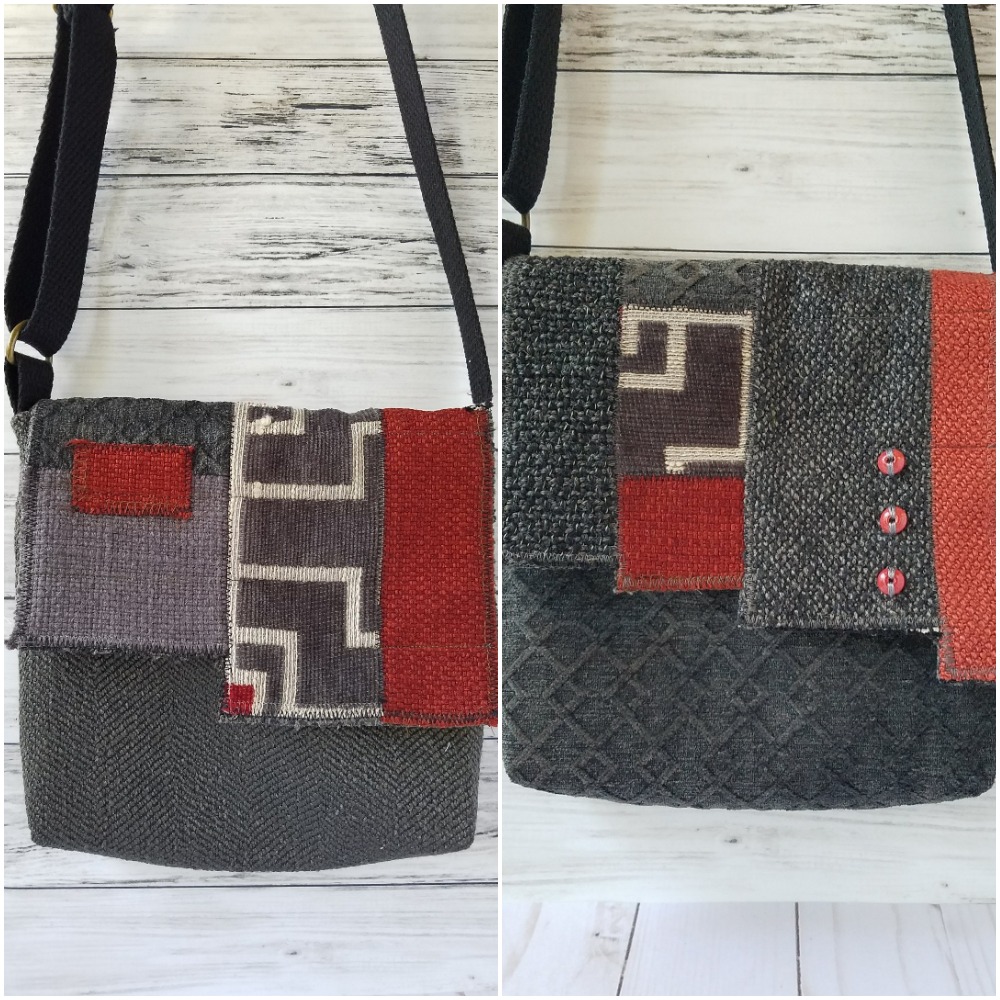 I plan to put them all up in my Etsy store over the next couple of days, so make sure to check it out!