Last week I wrote about the amazing Christmas market in Cusco, and mentioned the beautiful trolls we saw (and bought) there. Well, while at the market I made the mistake of telling my family something like “I can make those!” My kids (and my husband) have a tendency to remember such things, and so, as soon as we came home, they started nagging: “When will you make a troll?”

The thing was, I never made an art doll in my life. And although I played with polymer clay as a kid and sculpted as a teenager, I haven’t really touched much clay in decades (except for a short wheel-throwing class, which was an entirely different beast altogether).

So I did some research. I even learned some new vocabulary: words like armature for wire skeletons, for example. And then, one day, when the kids had no school and I couldn’t sew, I decided the time has come to try making a troll.

I started by drawing the approximate size on paper, then made a wire armature according to that.

Using a ball of crumpled aluminum foil as the base, I sculpted the face, with glass eyes I found on eBay. 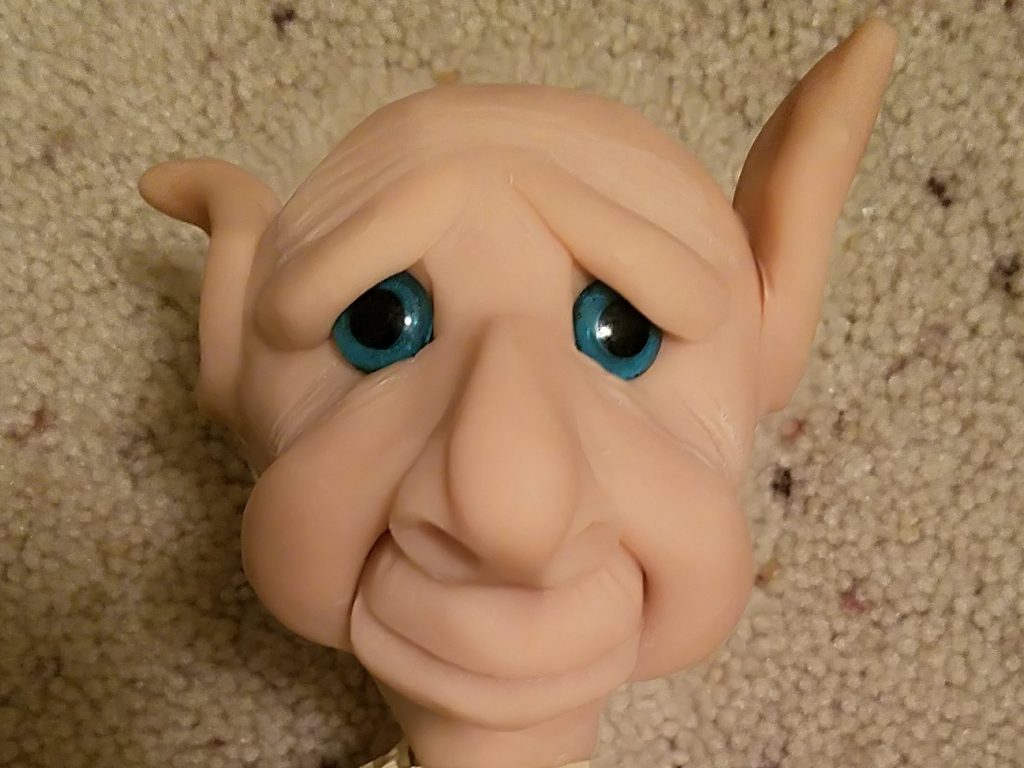 I bulked the body up with aluminum foil, as in the tutorials I found online, then with whatever other materials I had on hand. 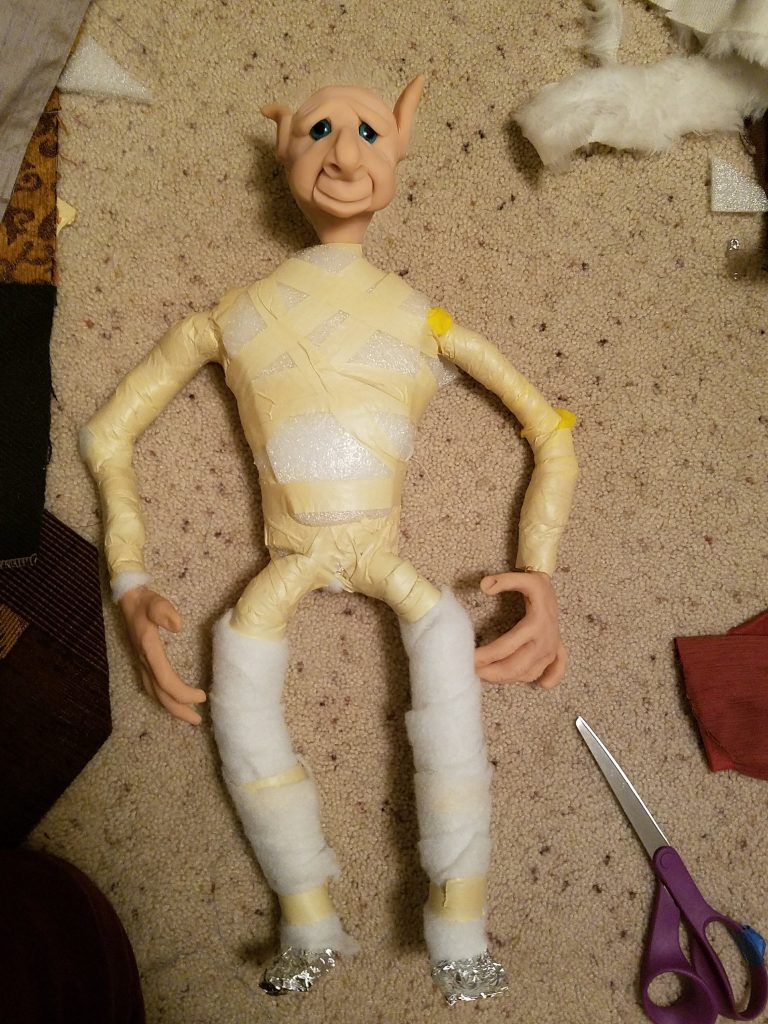 Choosing some of the more earthy fabrics in my vast collection, I dressed him up in rustic-style clothes. I made him a cape from a Viking drape I made for my son’s fourth birthday. Then I gave him some hair, using fake fur that was left over from decorative pillows I made for my daughter a couple of months ago.

Some nice folks on Facebook helped me choose a name for him. Let me introduce Sir Howard Fergus Ghingus Troll The Magnificent! 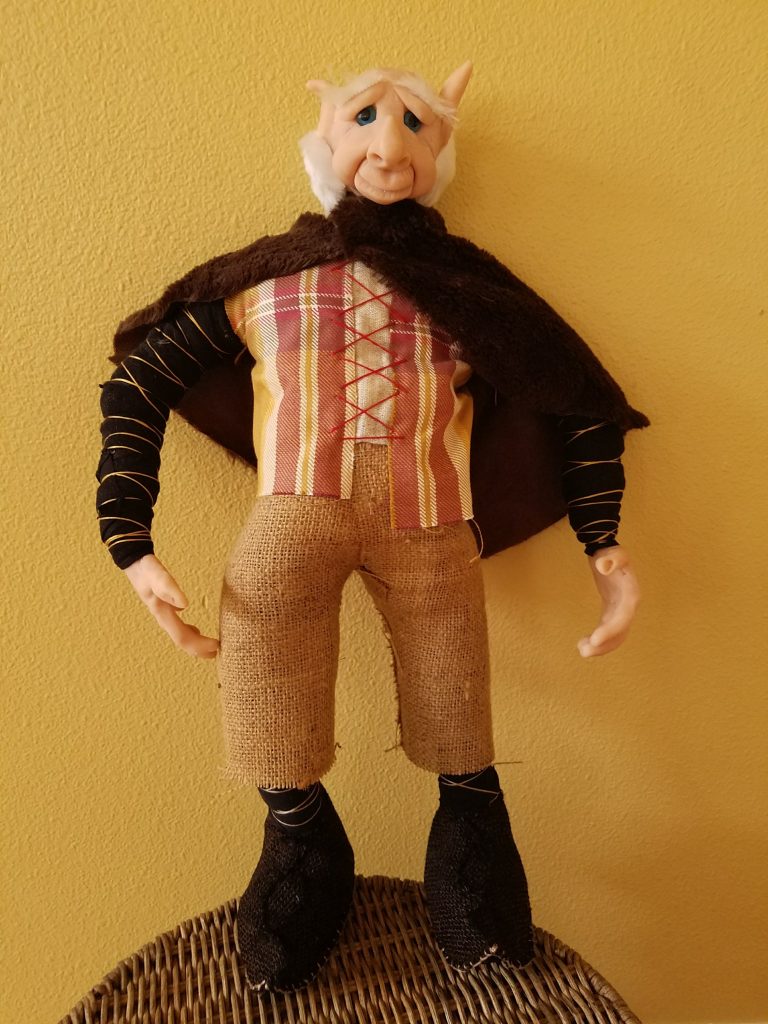 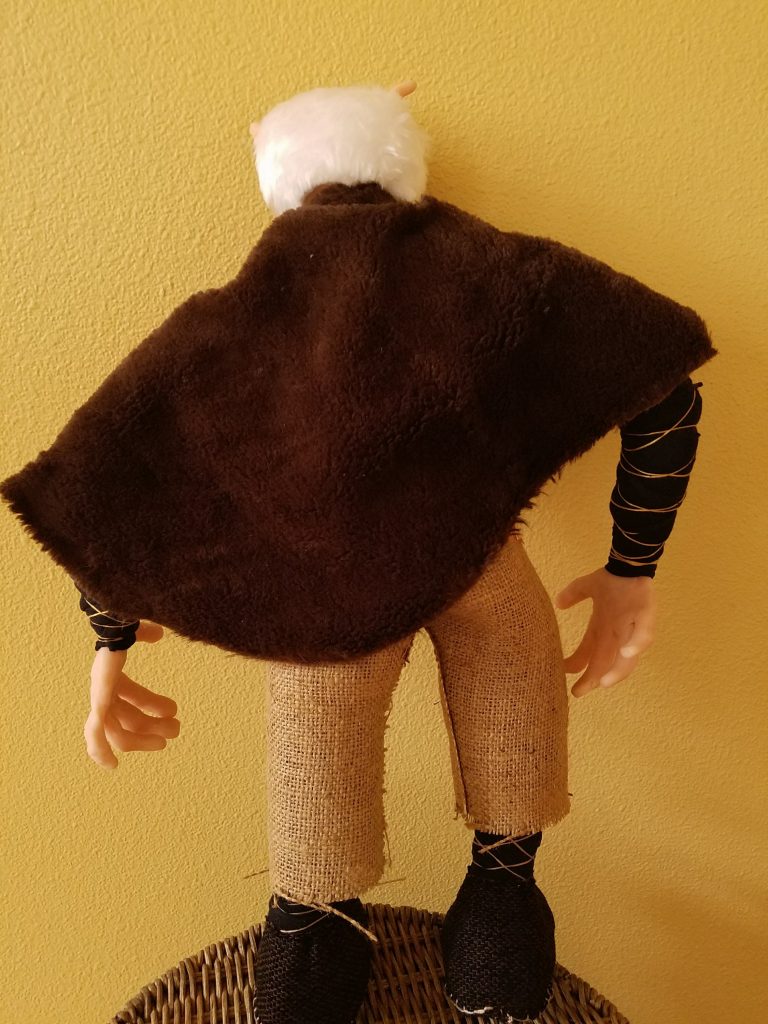 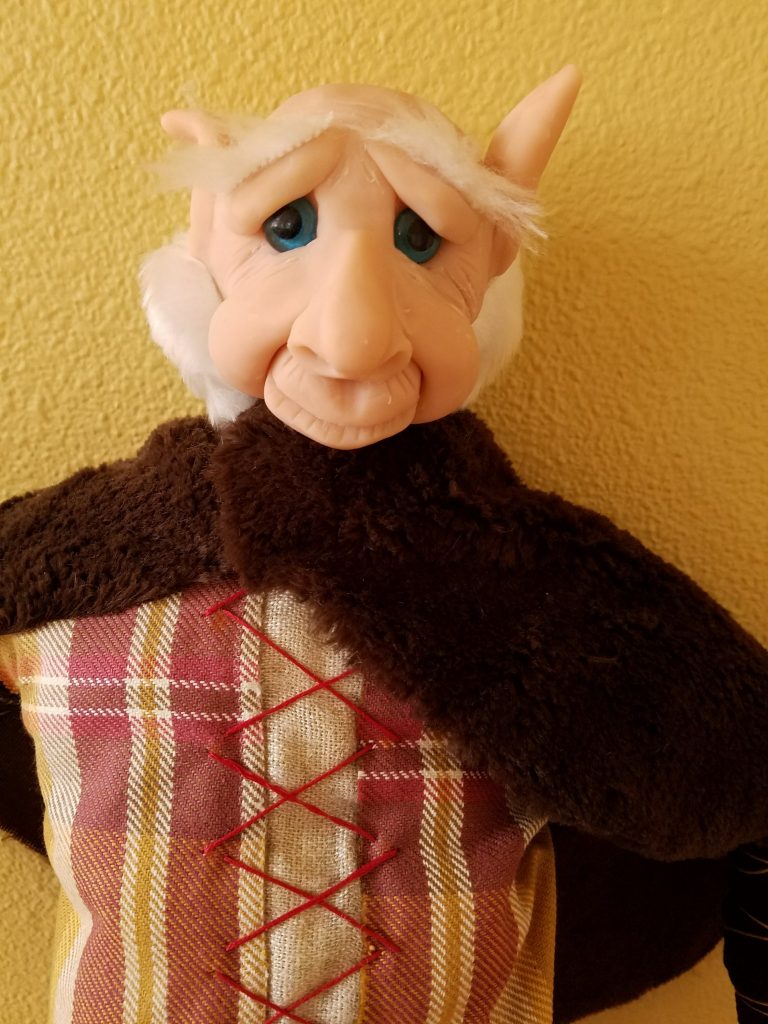 I was especially happy with how detailed his hands turned out: 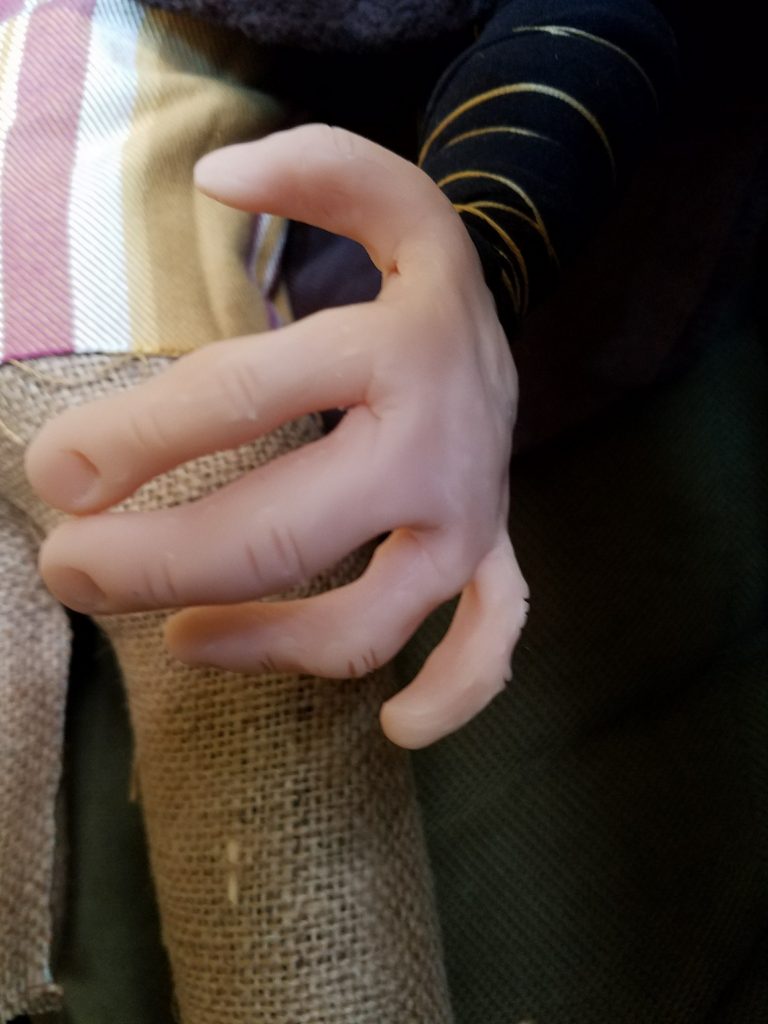 And here he is, getting acquainted with our Peruvian Troll (nameless as of yet): 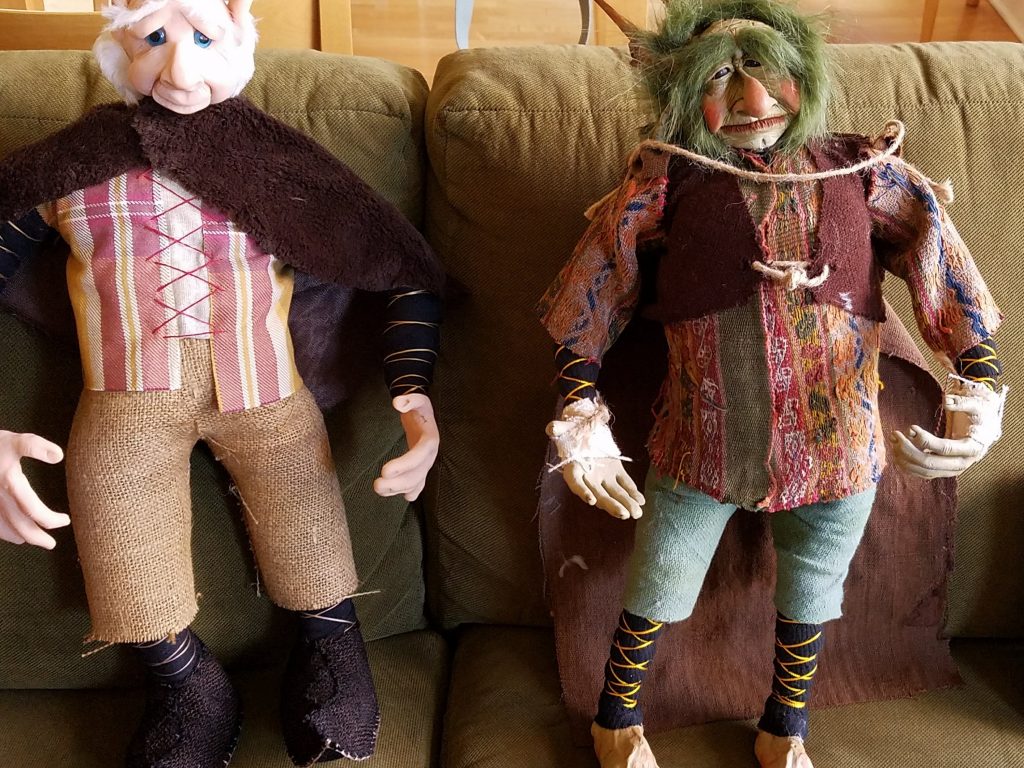