Gypsy Robe: How My Family Became Part of an Evolving Community Canvas

The tradition of passing on a Gypsy Robe in musical theater productions apparently started on Broadway in 1950. It’s now a part of the Broadway production routine, with clear rules that everyone respects.

This tradition is also followed by other theater companies, including the youth theater group that my children participate in. In this company, the Robe is always given to a supporting actor who manifested a positive attitude throughout the rehearsal process, and who contributed to making the overall experience pleasant for everyone. In the previous show, A Christmas Story, which ended last November, my daughter was the proud recipient of the robe! 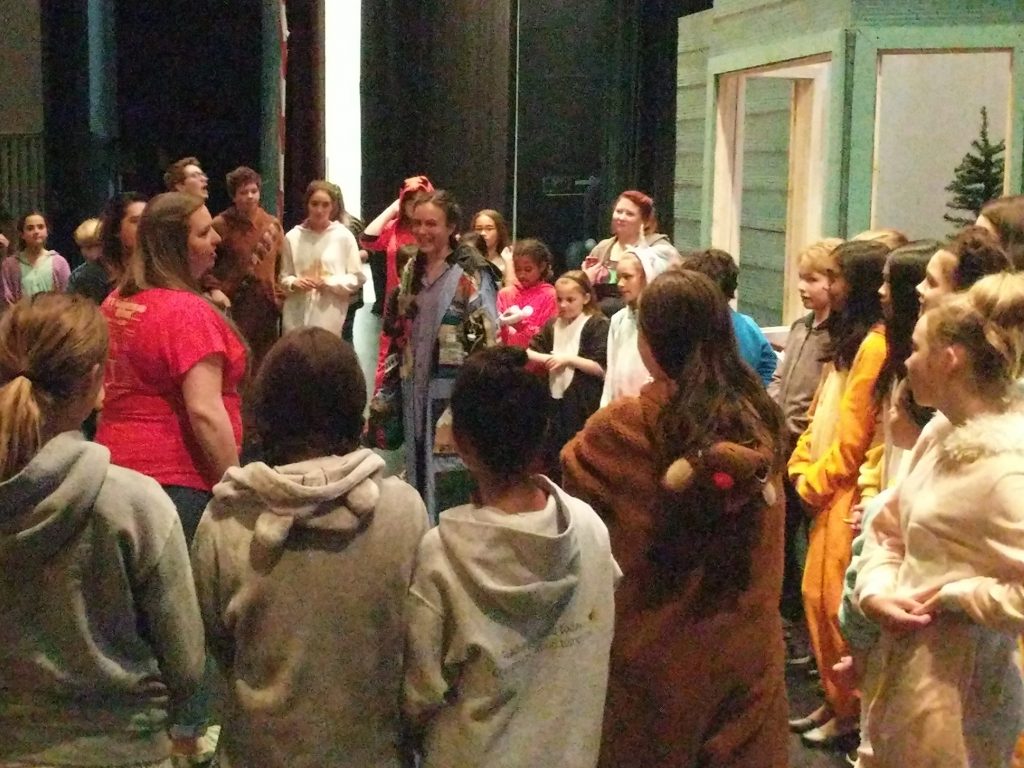 I’ve heared about the Robe over the years, of course, but I haven’t actually seen it until my daughter brought it home. When I laid eyes on it, I immediately appreciated the idea. A gypsy Robe, you see, is an evolving communal piece of art, onto which different people keep adding their mark over time!

This specific robe has already seen many shows, and had a great vibe of numerous kids’ fabulous experiences: 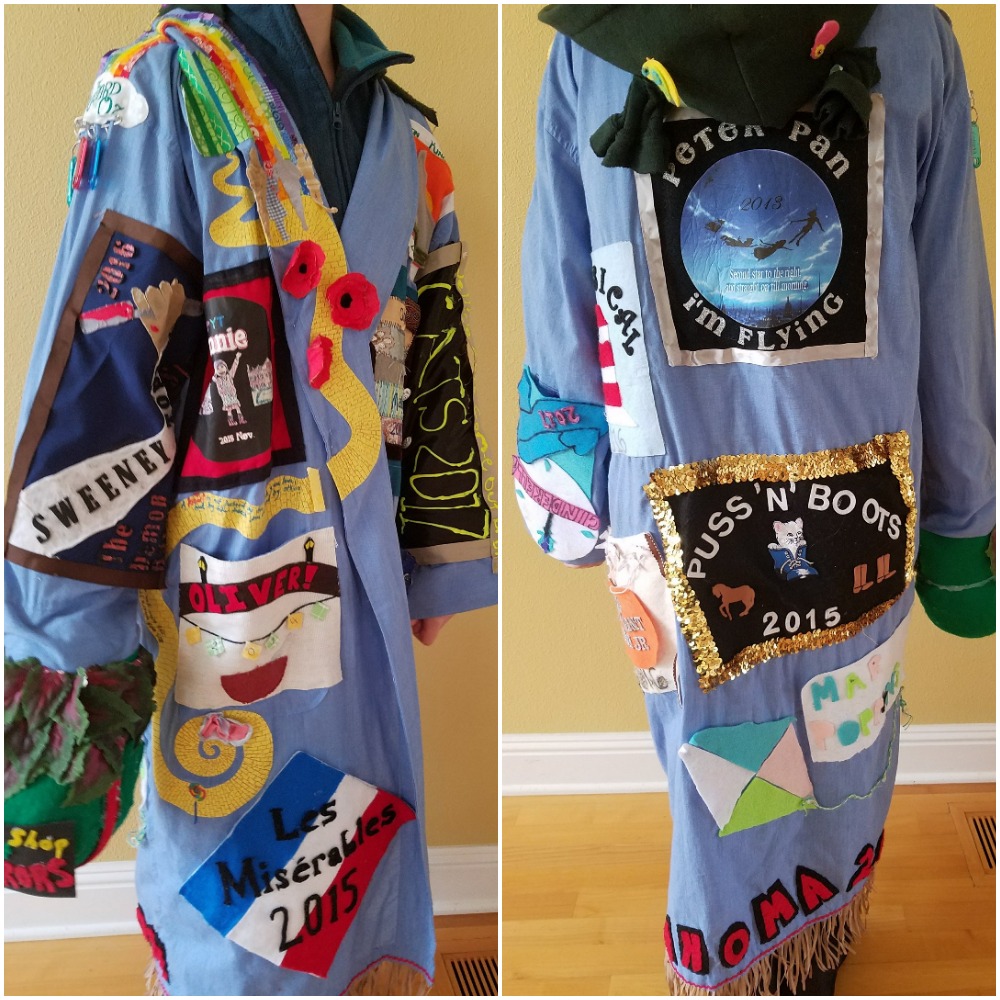 Patches representing different musicals covered it all over. These displayed different levels of artistic ingenuity, as well as varying degrees of sewing skills. Some were complex and well executed. Others were rather simple, both in idea and execution. But together they told the story of the youth theater, and represented the fun memories of the many kids who participated in those shows: 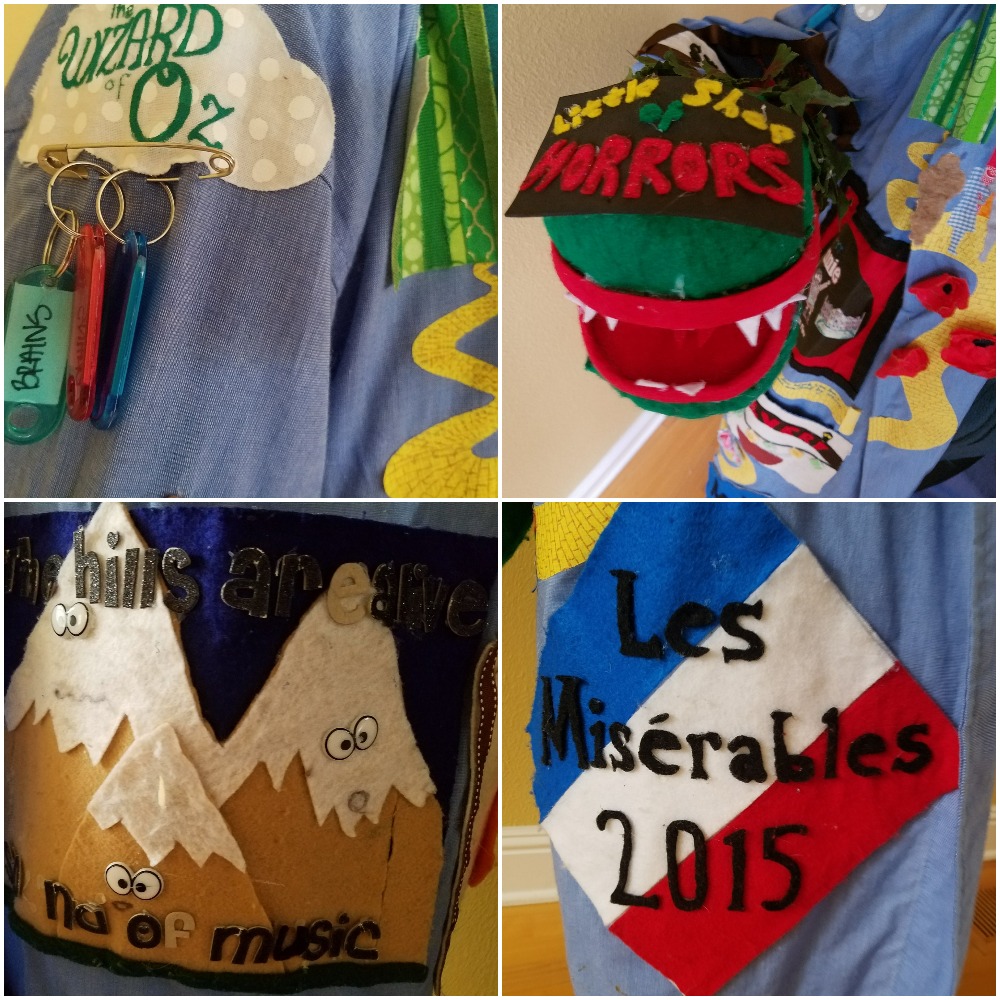 When the Robe came home, I assumed that the task of adding A Christmas Story patch to it would fall on me. I am, after all, the textile artist in the family! I was pleasantly surprised, however, when my daughter took responsibility for this. My husband enthusiastically came to her aid.

Of course, in a typical way, those two just couldn’t keep things simple!

They decided to make a patch with the show’s memorable leg-lamp. Not a regular patch of an appliqued lamp, but rather a three-dimensional one. They wanted to build a lamp that actually works!

My daughter made a paper prototype and attached it to the robe to see if it fits: 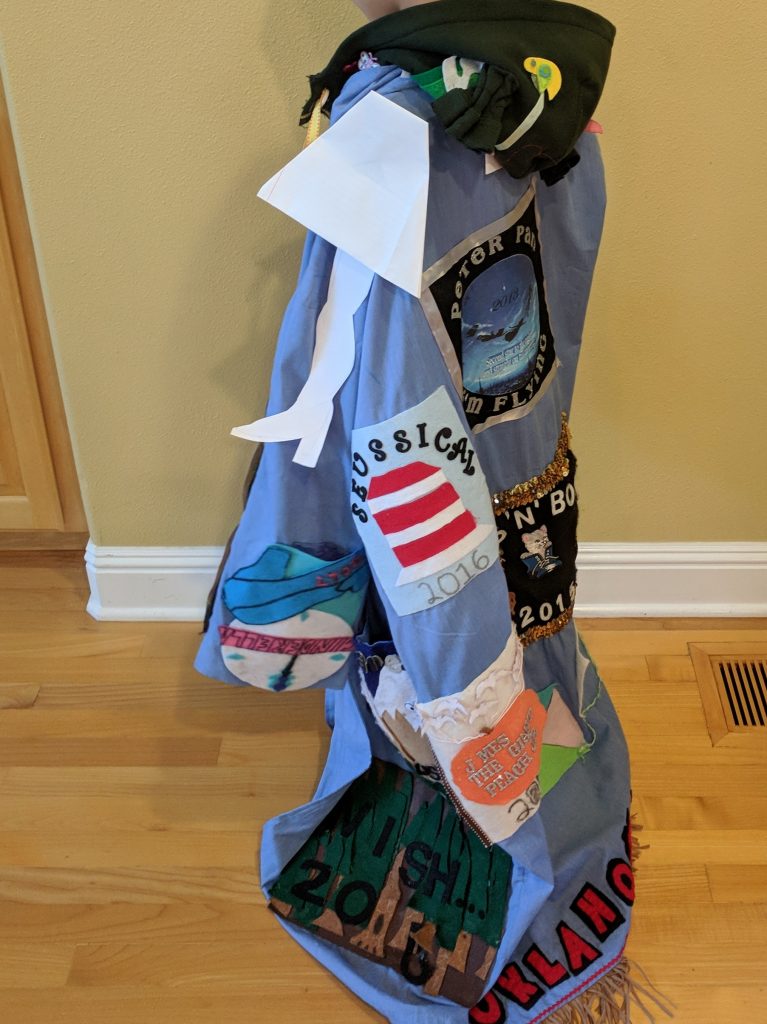 Then my husband did some research on materials that could lighten up. He ended up buying an Electroluminescent (EL) Light Panel: 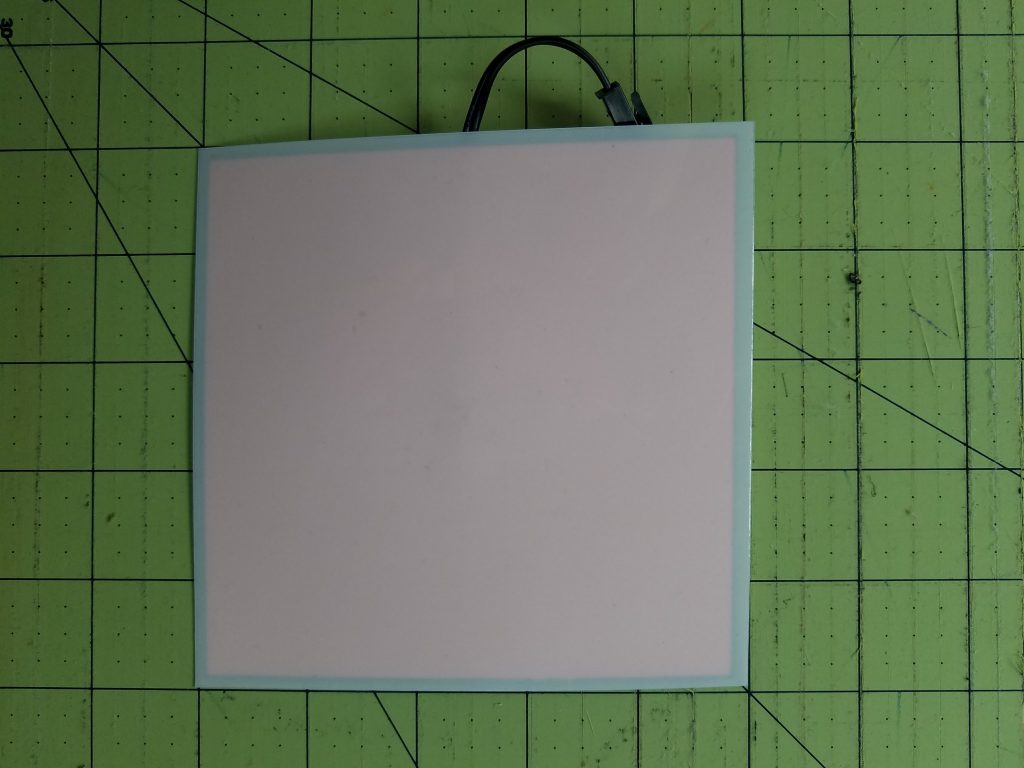 It came with a wire on the back: 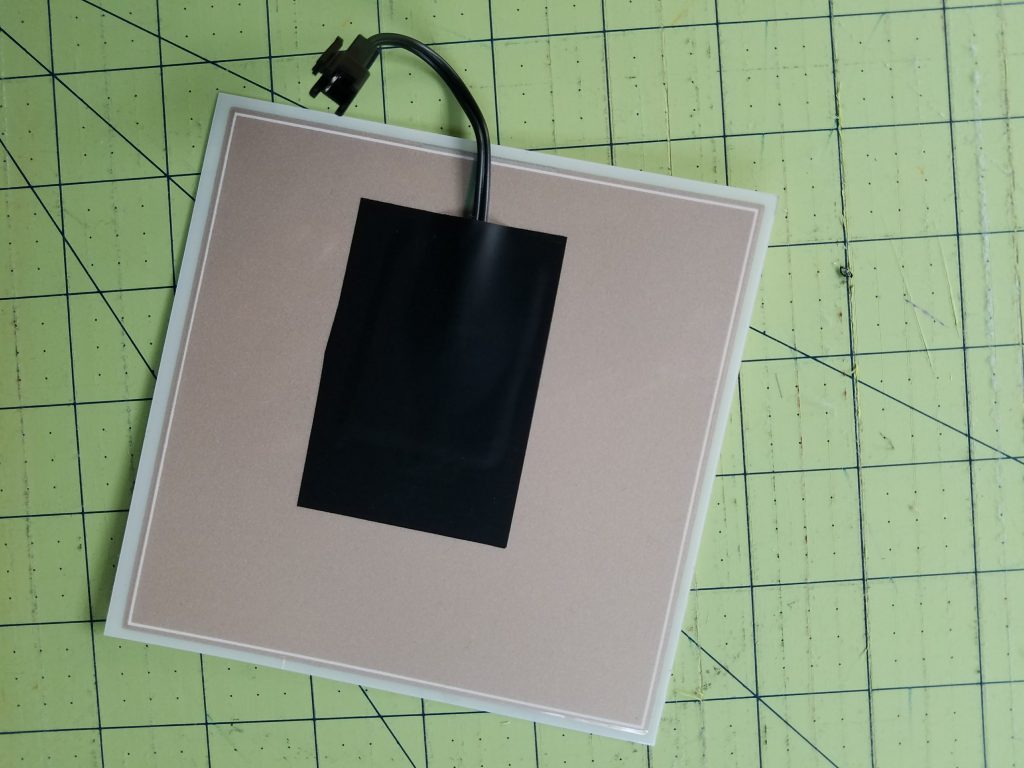 My husband cut it to shape: 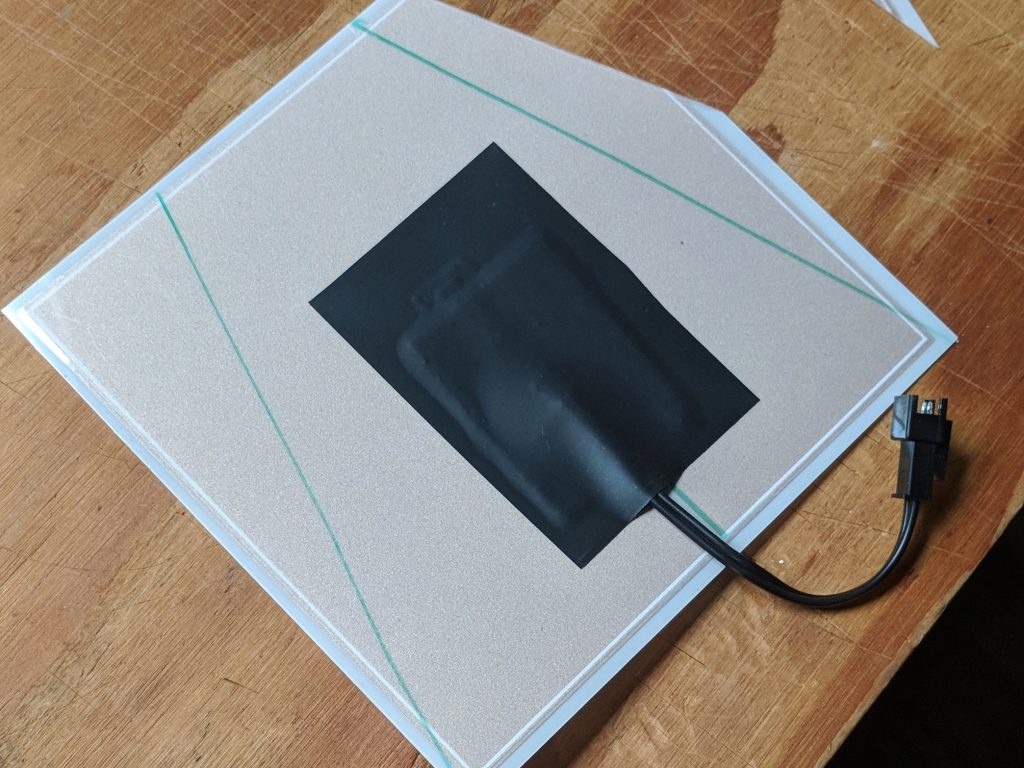 The two then asked me to find a trim to go on the lampshade’s bottom. This was a great excuse to visit FabMo (and return with a little more than just a trim…)! 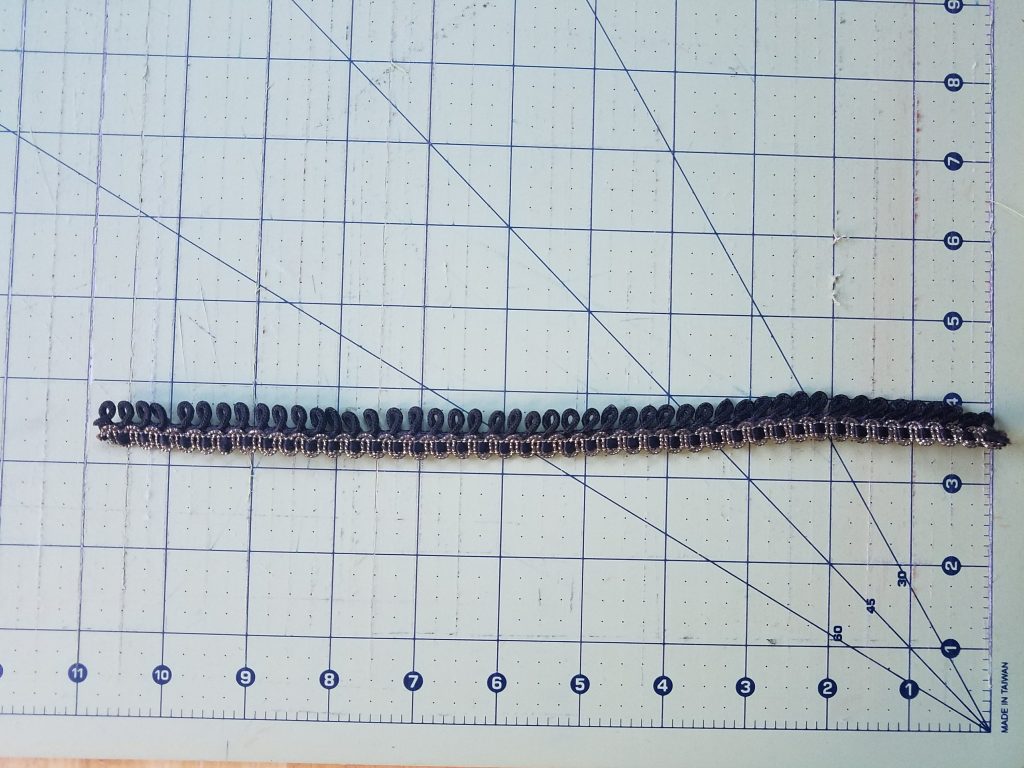 My daughter asked me to sew a leg based on the following model: 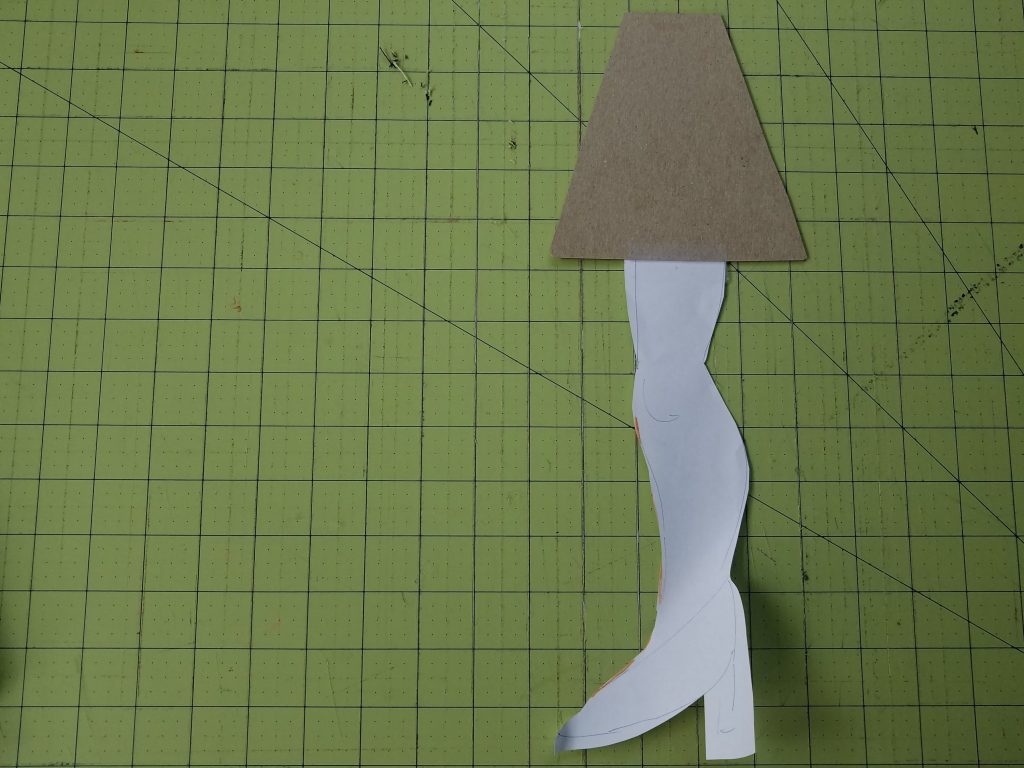 I found skin-colored fabric and cut a leg out: 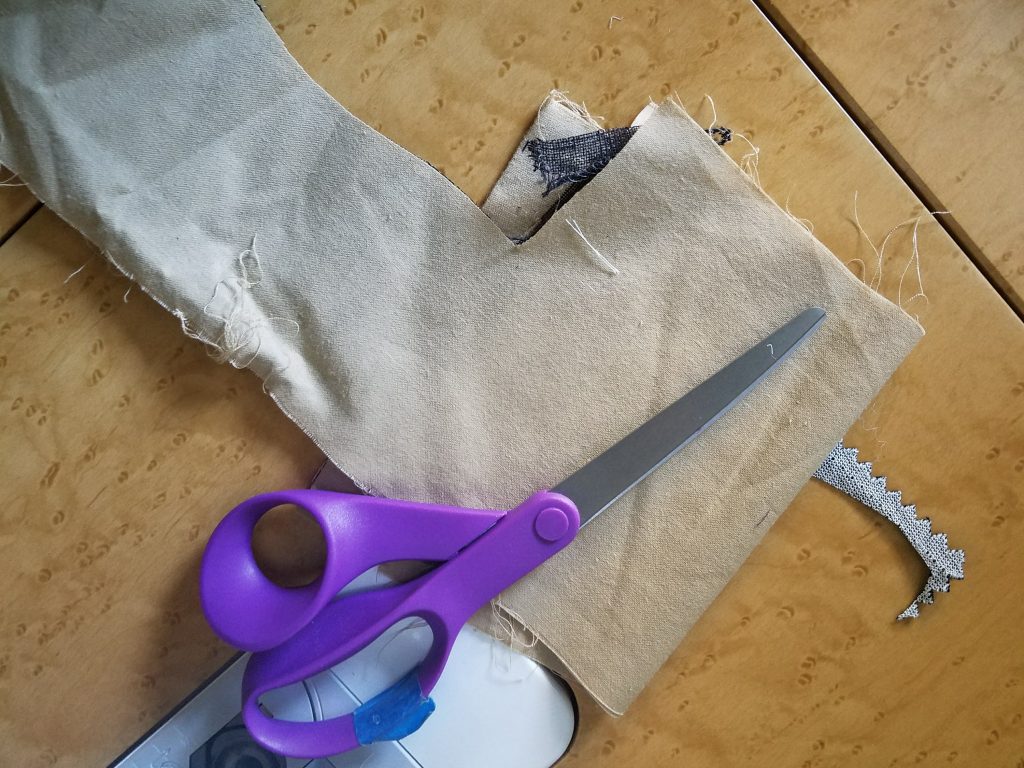 I covered it with fish-net type tights that my daughter picked from a selection of sheers I found for her (she chose the black): 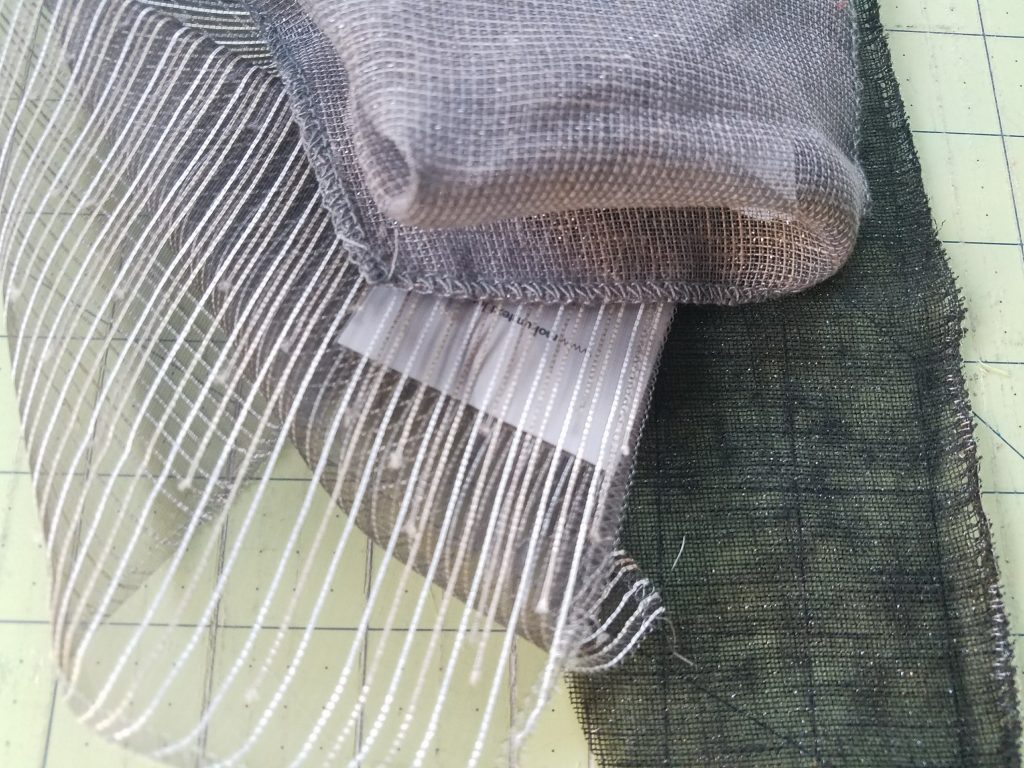 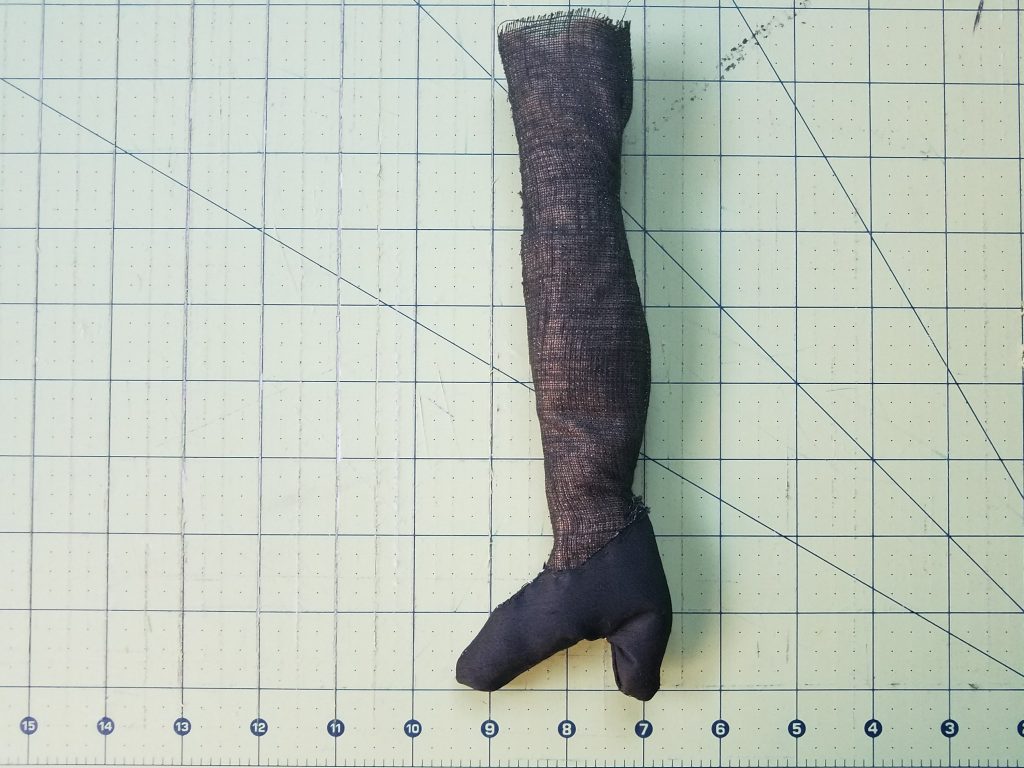 I helped them connect the lampshade to the robe with Velcro, then sewed the leg on: 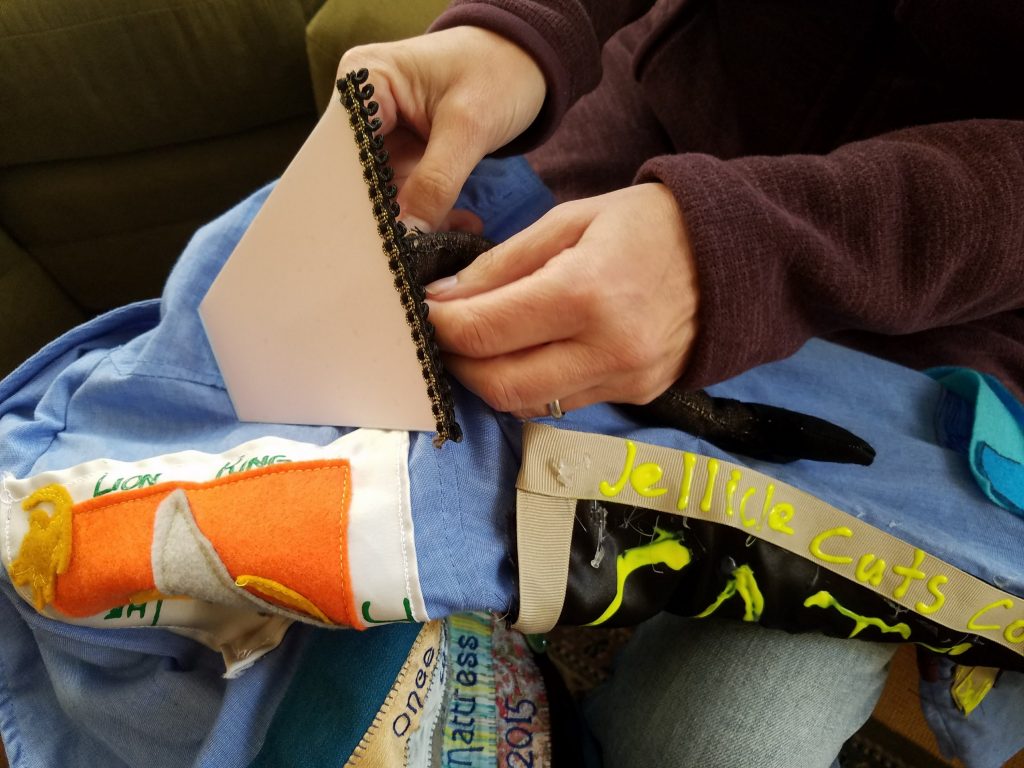 It came out exactly the way they hoped it would: 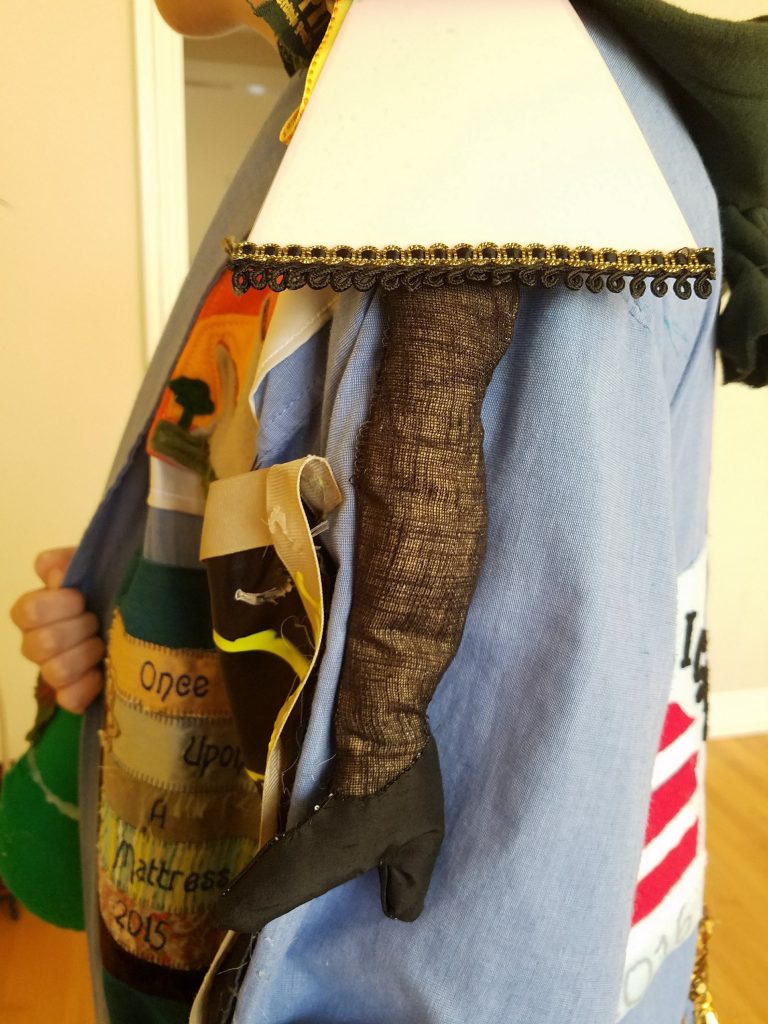 Once the lamp was in place, I had to sew a thin sleeve onto the inside of the robe, to hold the wire that went all the way from a battery (placed in the robe’s pocket) to the lampshade: 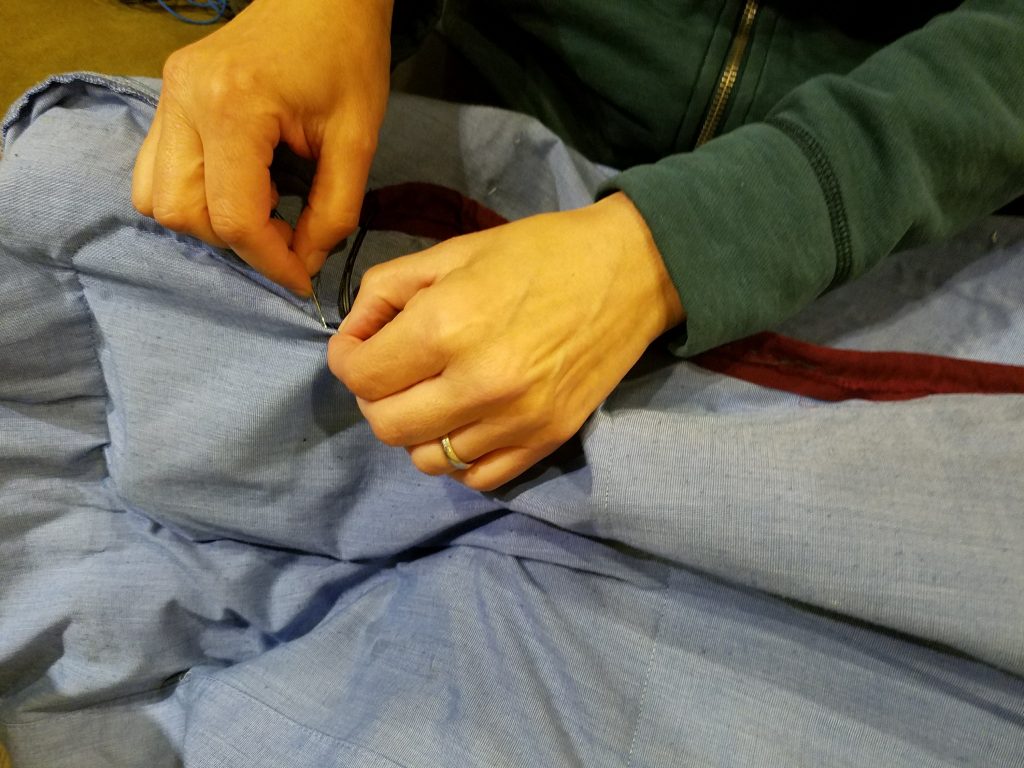 My daughter printed the name of the show on an iron-on paper. On the first try it came out mirror-image, as she forgot to read the instructions. The second try was successful. I ironed it on for her: 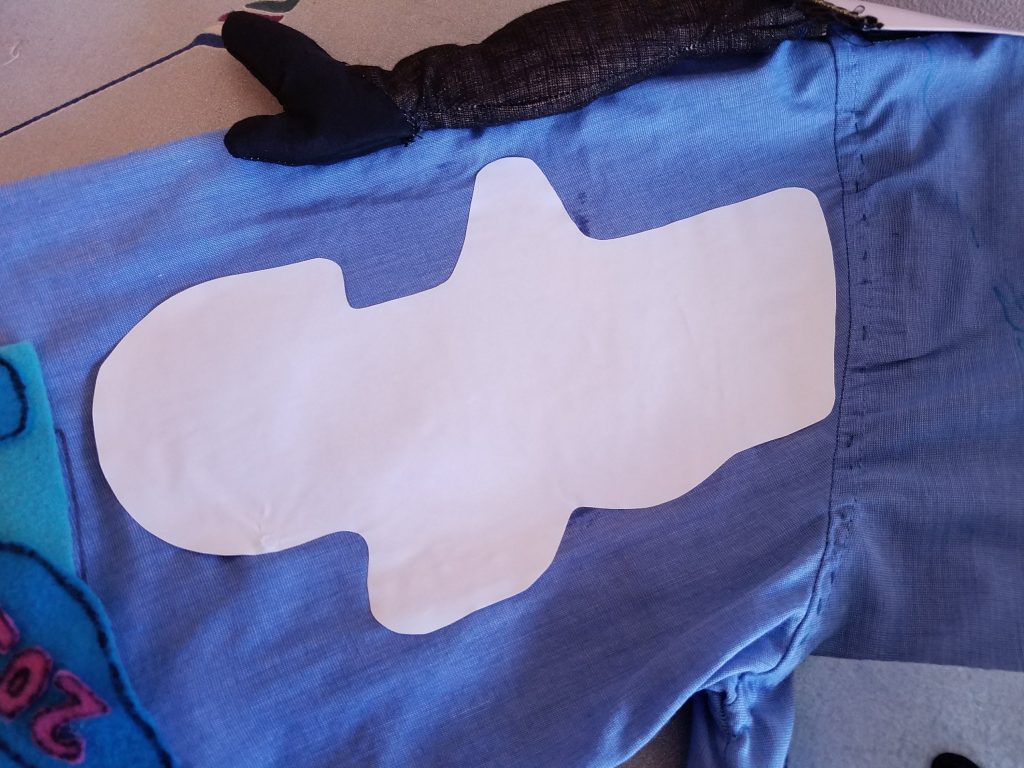 I didn’t realize (until it was too late), that there is a wire underneath, in addition to other bumpy patches. The surface, therefore, was not completely flat. I didn’t press the iron too hard, so as not to melt the wire. In addition, while ironing, the glue on one of the patches on the other side of the sleeve started melting, seeping into the fabric and smearing all over my ironing board! As you can imagine, the transfer didn’t come out so well: 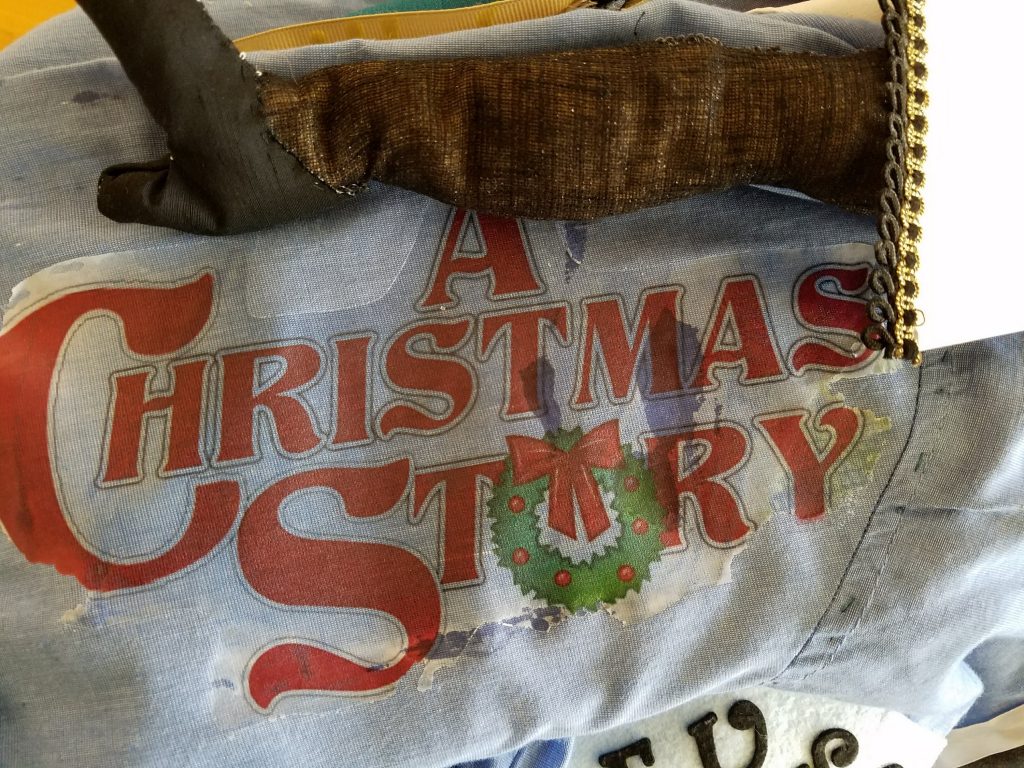 She concluded it was all my fault, and hardly spoke to me for two days. Eventually, she decided to make a new patch, on which she wrote by hand with sharpies: 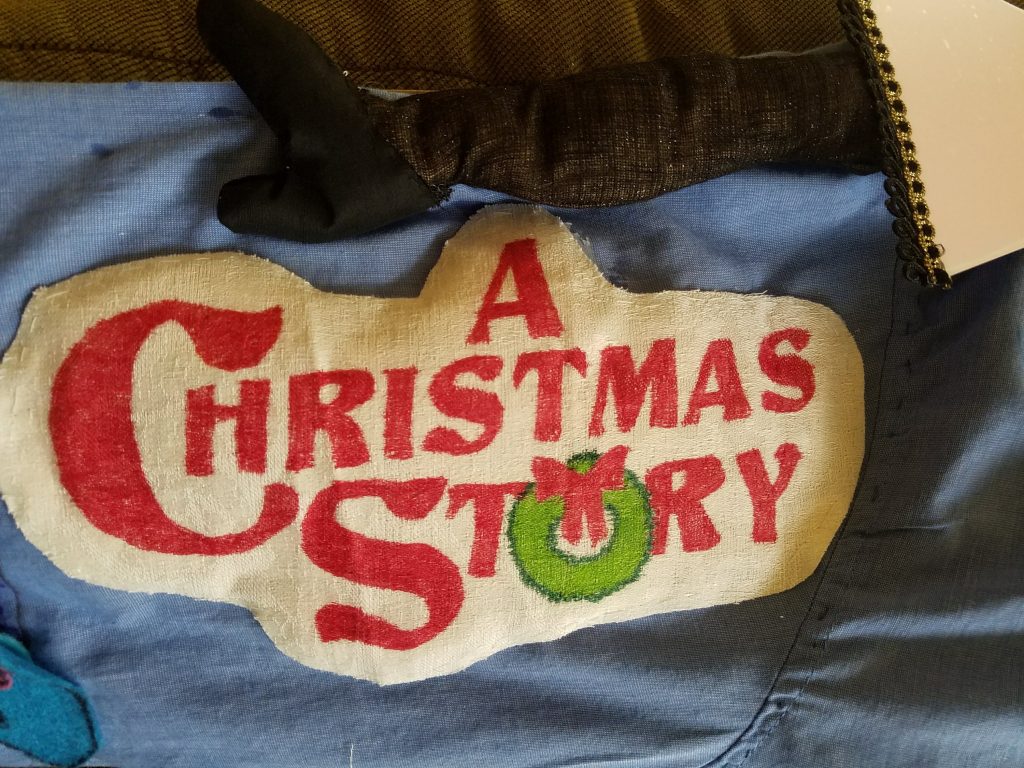 She wanted me to sew it on, but I wasn’t about to take on any additional risks. I made her do it herself.

This is how it turned out, glowing in the dark! 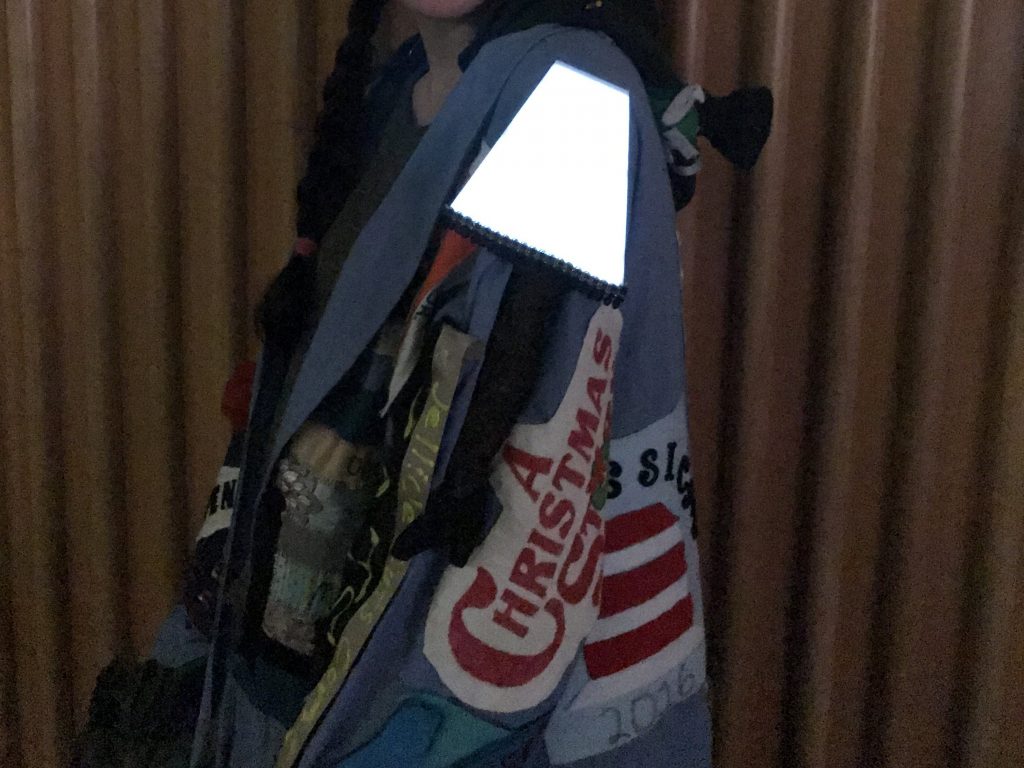 It was a collaborative family effort, in the end. Despite the few bumps along the way, I hope that after a few years my daughter will think back of the experience fondly.

Earlier this week my daughter passed the Robe on to the happy recipient of the current production. During the ceremony, she showed the glow-in-the-dark effect to the production team, and was oohed-and-aahed. Soon, the new recipient will put her own mark on the robe, and pass it on to someone else. Traditions, memories  and art will keep intermingling! 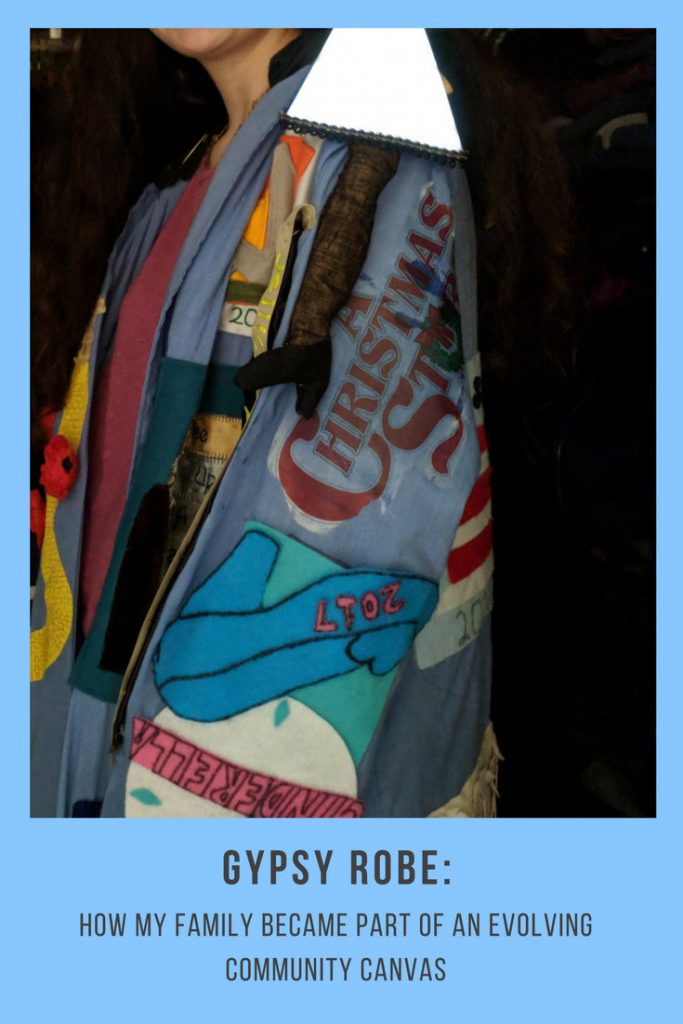 1 thought on “Gypsy Robe: How My Family Became Part of an Evolving Community Canvas”