Cleaning Up a Sewing Room Has Its Dangers…

After writing last week’s post, I decided it was time to sort through my sewing room. I took advantage of it being a long weekend, and hired my teenage daughter to help with this daunting task. I didn’t expect her to be enthusiastic to the point of waking me up at dawn on a Sunday morning. Unfortunately, that is exactly what happened. My day thus started on the wrong foot. Luckily, a few cups of coffee miraculously brought it back on track…

We began by moving everything from the sewing room’s floor out into the living room. This truly-tedious work took a few hours. It resulted in a huge mess on the living room’s floor. It also exhausted my daughter. So much so, in fact, that she had to take a long break from which she never recovered. Yes, I’m afraid she abandoned me mid-way, leaving me to deal with the rest of the cleanup all on my own… 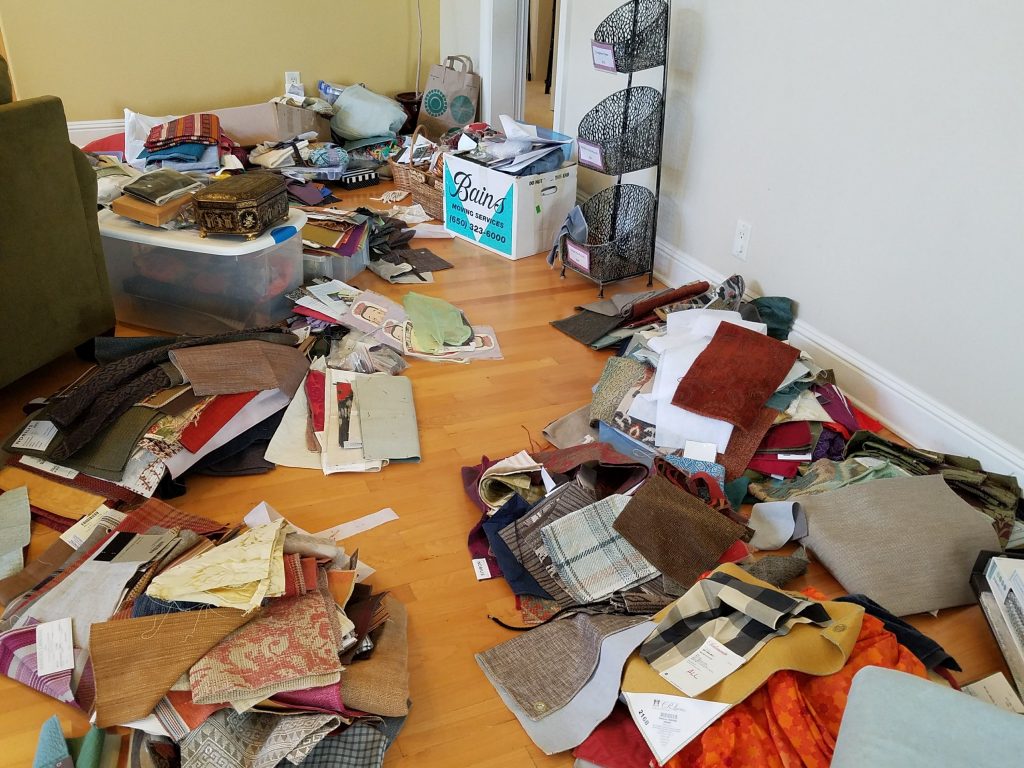 Once all my treasured were out, I took some of the furniture out as well, and gave the room a good vacuuming. Gone were all the bits of thread and fabric snippets! The carpet suddenly looked so very bright!

Then I sat down for hours of sorting. It felt a bit like doing laundry: sitting amid piles of textiles, and sorting them by kind and size: 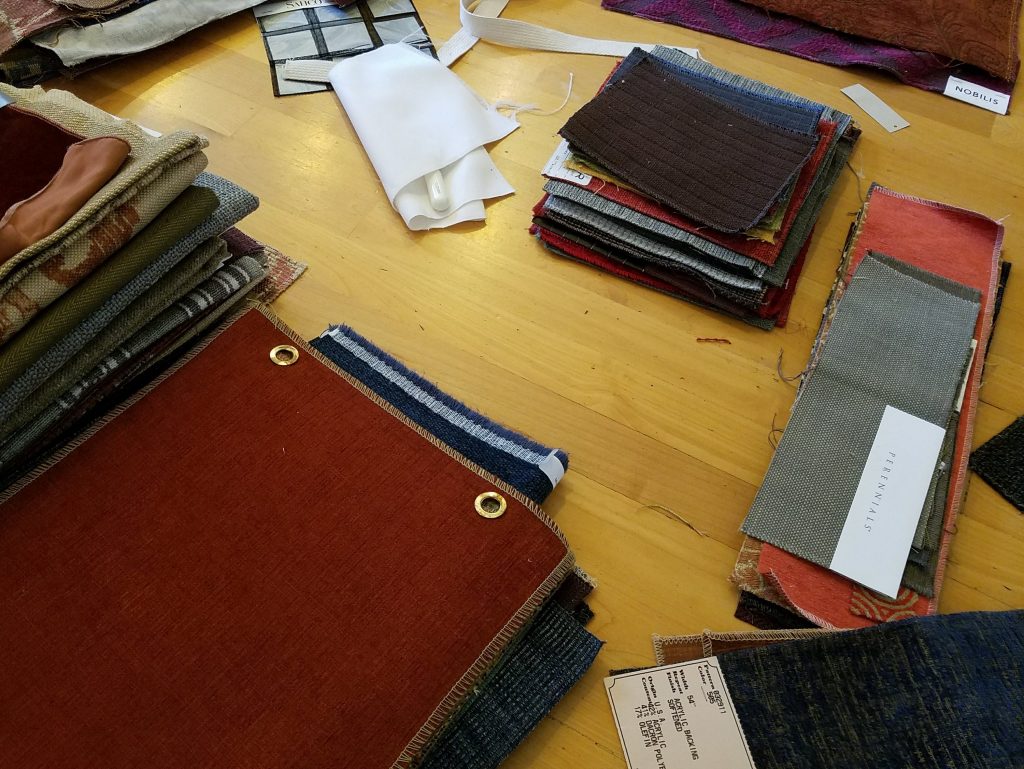 When I was done (a day later), I put everything back where it actually belonged: inside a cabinet, on a shelf, or in a bin. I then put the furniture back in, except I changed its placement a little, clearing up space I didn’t realize I could have. All of a sudden the room looked a lot more spacious, and working in it became significantly more pleasant!

I managed to reduce my UFO piles to two. I put them where I can clearly see them, so that they don’t disappear under future clutter: 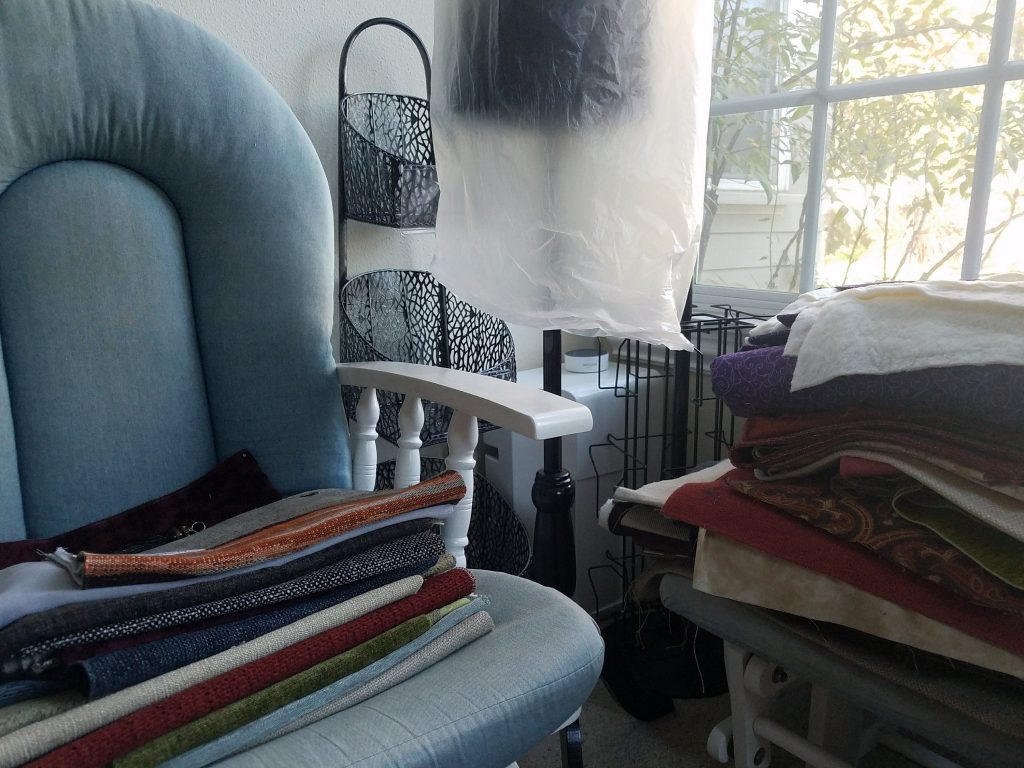 Those, by the way, don’t include the almost-complete Renaissance Totes of which I wrote last week (these are waiting patiently on the bed).

Tidying up the space, however, had some dangers. It allowed me to see all the bits and pieces I almost forgot I had, and reminded me of things I wanted to make but didn’t get to. In addition, it also opened some brand new possibilities!

It so happened that in one part of the room I found a bag containing a few pieces of Peruvian Weaving that I bought at a Christmas Market in Cusco on my last trip to Peru: 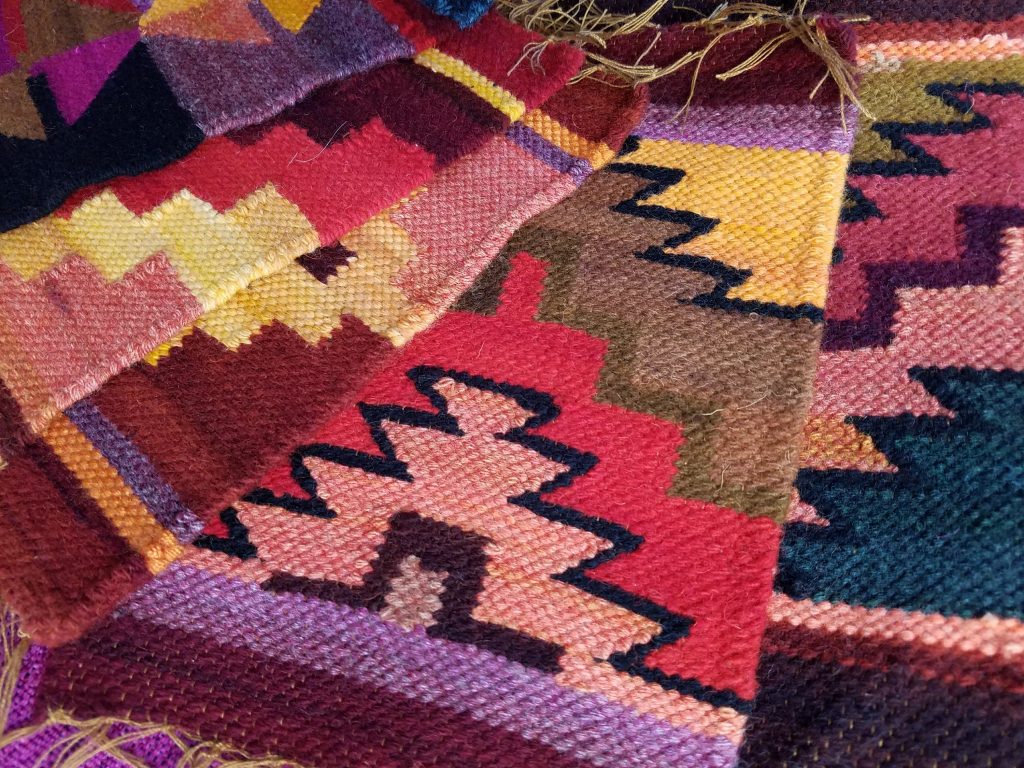 On the other side of the room I came across a pile of beautiful velveteen fabrics I found at FabMo: 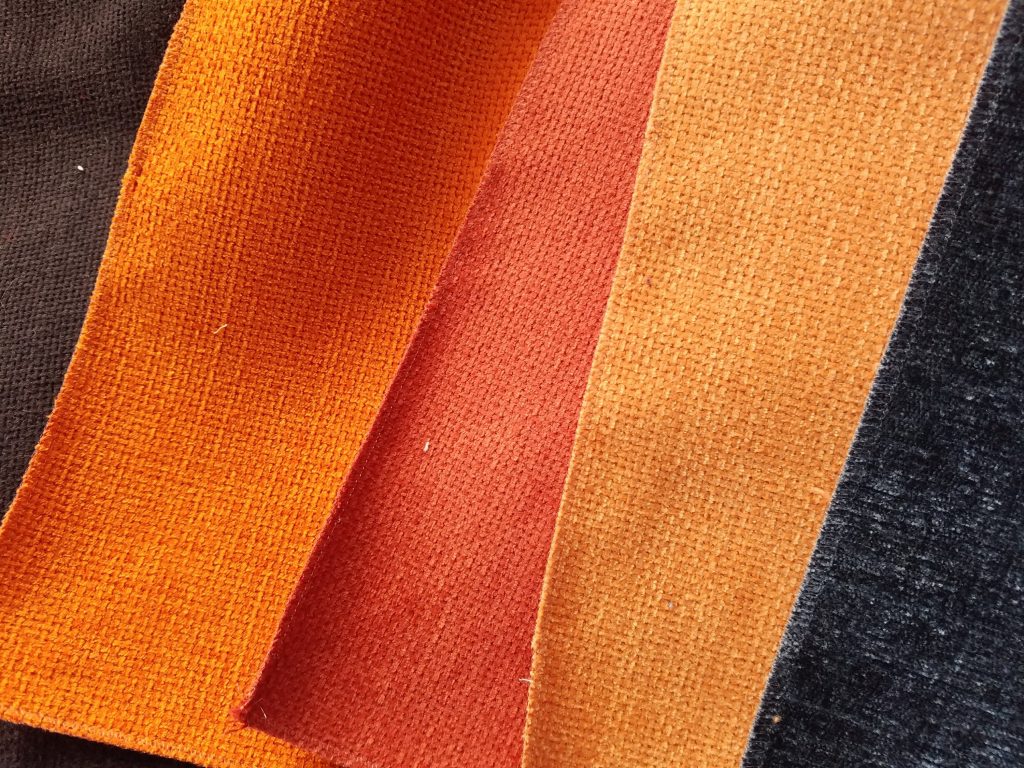 It’s not my fault that the colors happened to match…

I found the vivid colors absolutely irresistible. So yes, I admit I let myself get sidetracked this week. Instead of plowing ahead finishing unfinished projects, I started a new series of Peruvian Weaving Totes. I’ll try to finish those next week, so I can get back to the Renaissance Totes now waiting on the bed 🙂