A Tablecloth With a Bit of Mystery

My great grandmother Gele was a distinguished member of the Jewish community in Jerusalem at the turn of the twentieth century. 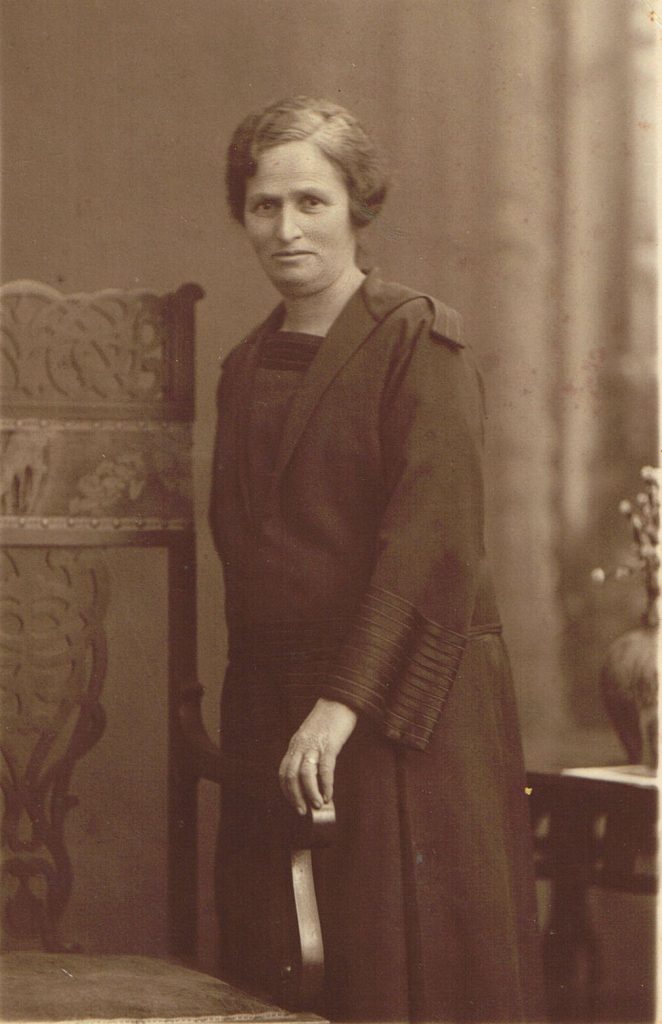 As such, she was involved with several charitable organizations. One of those was The Jewish Institute for the Blind. My great grandmother  was a member of the Institute’s board, as well as one of its big donors.

The Institute was established in 1902 inside the walls of the Old City of Jerusalem. Its mission was to provide education and vocational training to blind members of the community, mostly children, to prepare them for an independent life. Later, after Jews started building neighborhoods outside the walls, the Institute moved to the new part of the city. In 1931 it settled into a spacious new building in the Kiryat Moshe neighborhood. 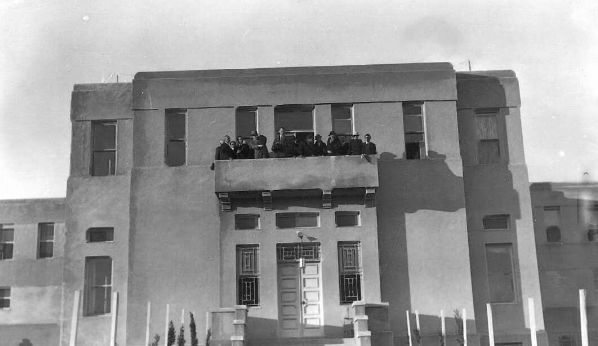 The Institute trained the blind in many different kinds of crafts. Here, for example, is its basket-weaving workshop: 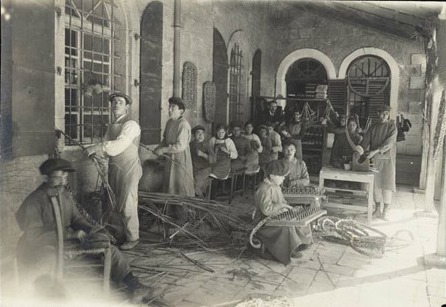 Every year, before the Jewish New Year, the directors of the Institute used to send handmade gifts made by the residing blind to members of the board and to its big donors. The gifts were different each year, and came with a request to renew the financial support.

One year, at the end of the 1930’s, my great grandmother received this handmade tablecloth: 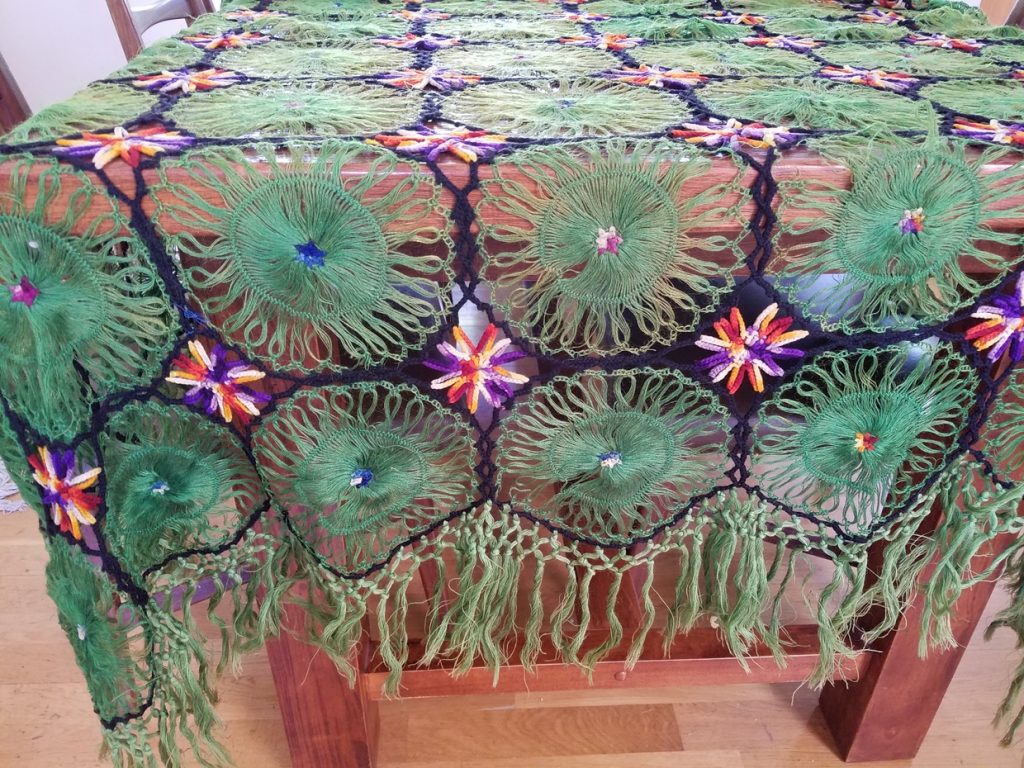 She gave it to my grandmother, who used it on special occasions for many years.  Later, my grandmother gave it to her sister, who kept using it. Before she passed away, my great aunt decided to give the tablecloth to my father. She knew my dad was sentimentally attached to it, associating it with hosting guests and important gatherings throughout his childhood.

By the time my father received it, the tablecloth was already old and fragile. My parents never dared to use it, but they still keep it folded in one of their closets.

To my parents, the tablecloth is somewhat of a mystery. They know where it came from, but not who made it. Most of all, however, they would like to know how it was made. Parts of it look to be crochet , but other parts are nothing like any crochet we’ve ever encountered. 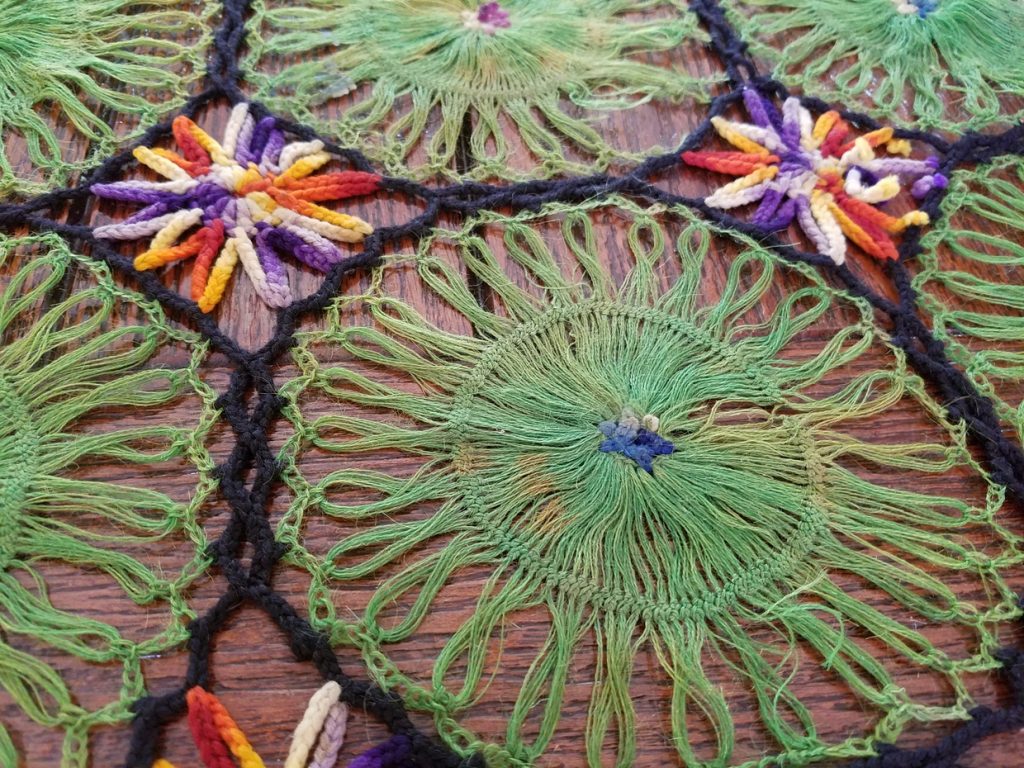 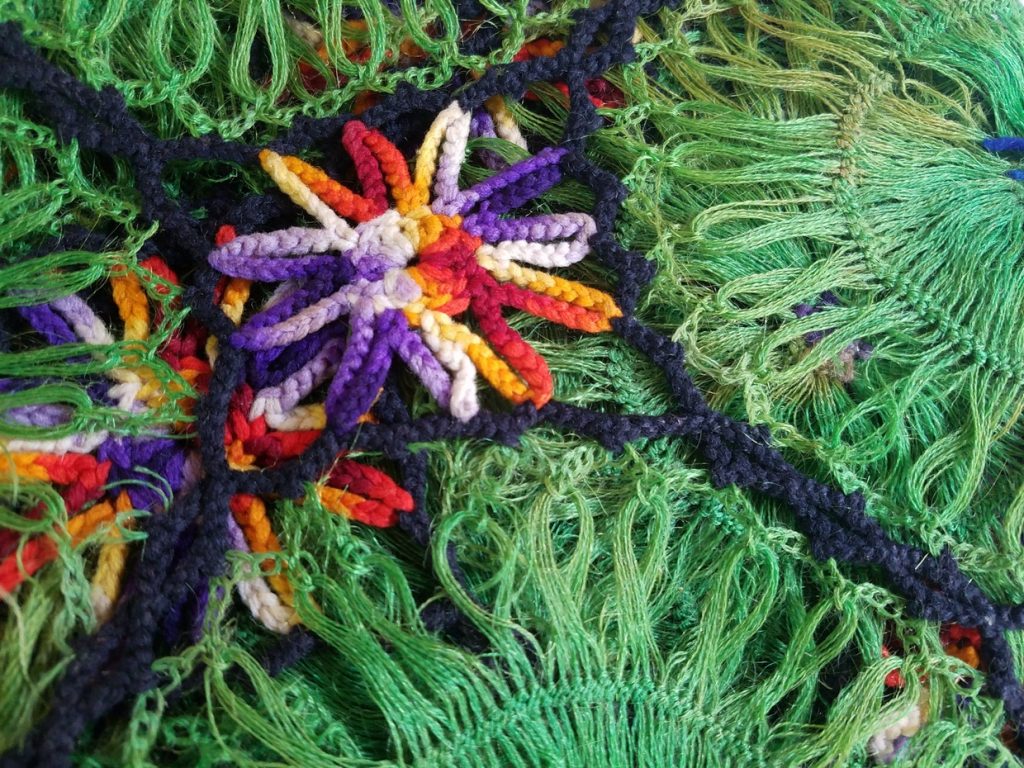 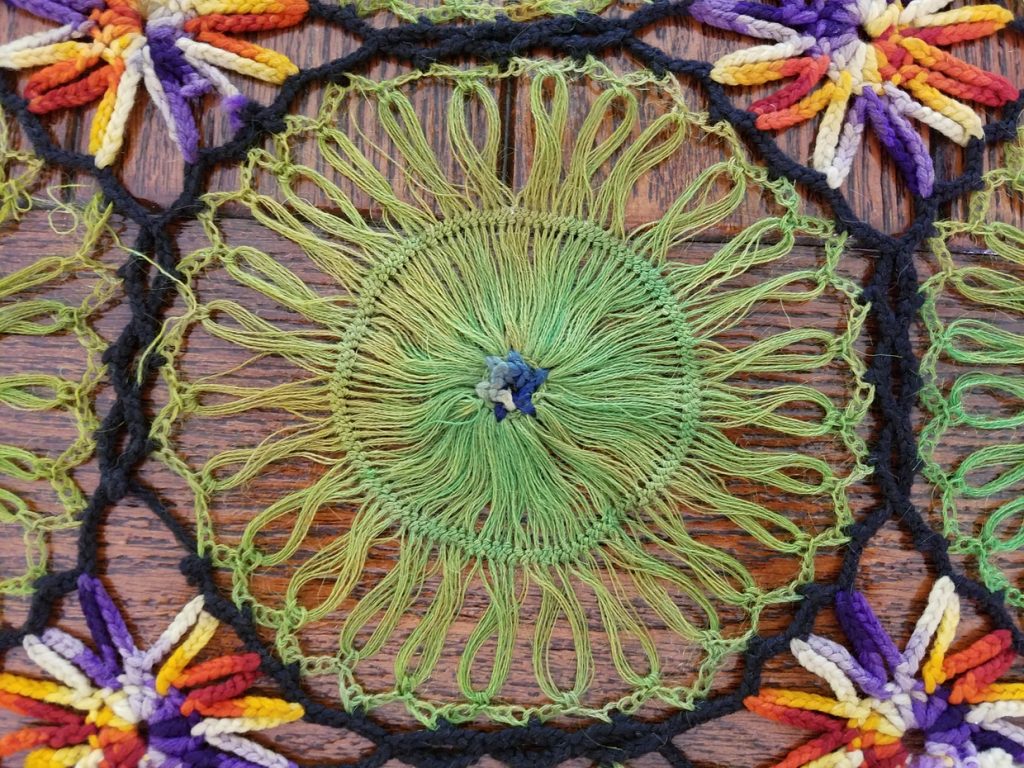 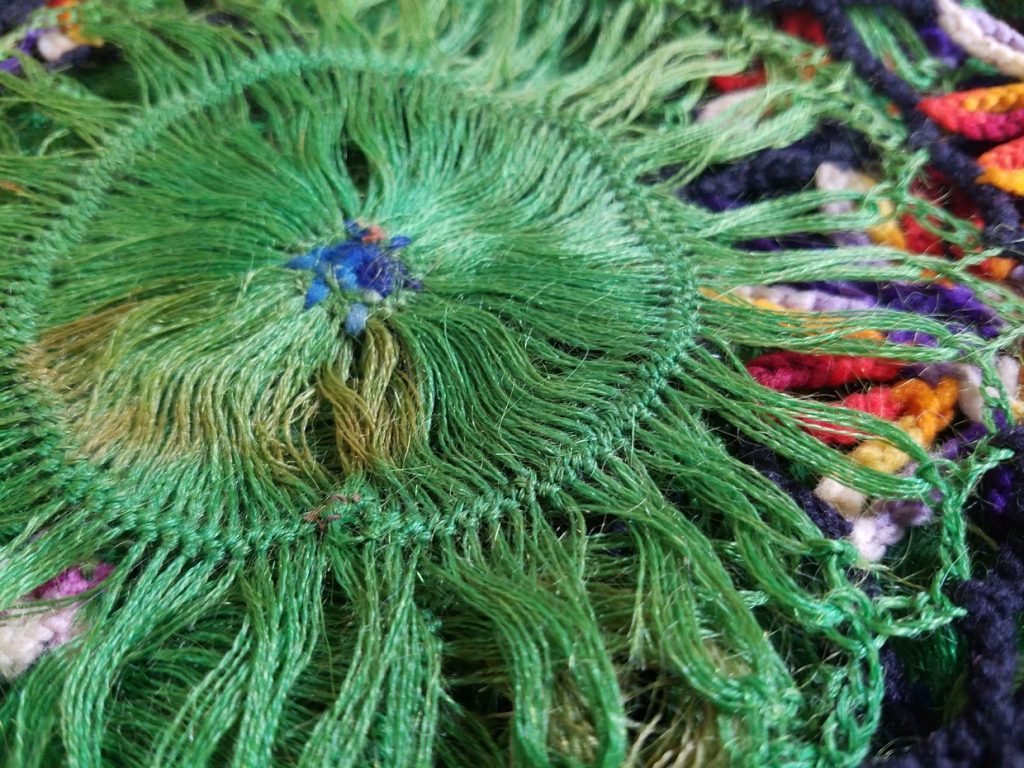 If you’ve ever seen anything like this and know the technique that was used to make this, we’d love to hear from you!

4 thoughts on “A Tablecloth With a Bit of Mystery”