“Eye of a Storm,” an Art Quilt

Have you ever found yourself completely calm in the midst of unfolding chaos? It happened to me twice in my lifetime, despite my tendency to be somewhat anxious and easily excitable. It’s a strange feeling.

The first time was in my early twenties, when a fire broke out in a camp I was staying at. While the people around me panicked, I immediately knew exactly what to do. I ran to fetch water and poured it over the flames. By the time I was ready to go for a second round, other people joined. We quickly extinguished the small flame before it caused damage. The second time happened recently, at my mom’s deathbed. This time, that feeling—of being centered when the world around me was falling apart—lasted longer, for a couple of weeks. As it was happening, I saw myself in my mind’s eye standing in an eye of a storm, the world spiraling out of control all around me. I knew nothing would ever be the same once the storm was over, but in that particular moment I felt strong and composed.

The phrase “in the eye of the storm” means “to be at the center of a disagreement.” But in the real world, an eye of a cyclone is the calmest place to be. The eye is a mostly circular area ranging from 19 to 40 miles in diameter. A ring of thunderstorms called an Eyewall surrounds it, where the strongest, most dangerous winds occur. Inside the eye, by contrast, there are only light winds and clear skies. This can be deceiving. Some people step out of their shelter into an eye of a storm, thinking that the storm is over, “only to be caught off guard by the violent winds in the opposite eyewall.”

After my mom passed away, I, too, got caught in those winds. But that is another story.

The exact image I wanted to create was clear in my mind for months, but I wasn’t sure how to bring it to life with fabric. How do you create a swarming storm? Print a picture? Paint? Applique? I kept turning it over in my mind. Then, I remembered the cheesecloth class I took a while back with Mary Pal, and voilà! I found the solution I was looking for. 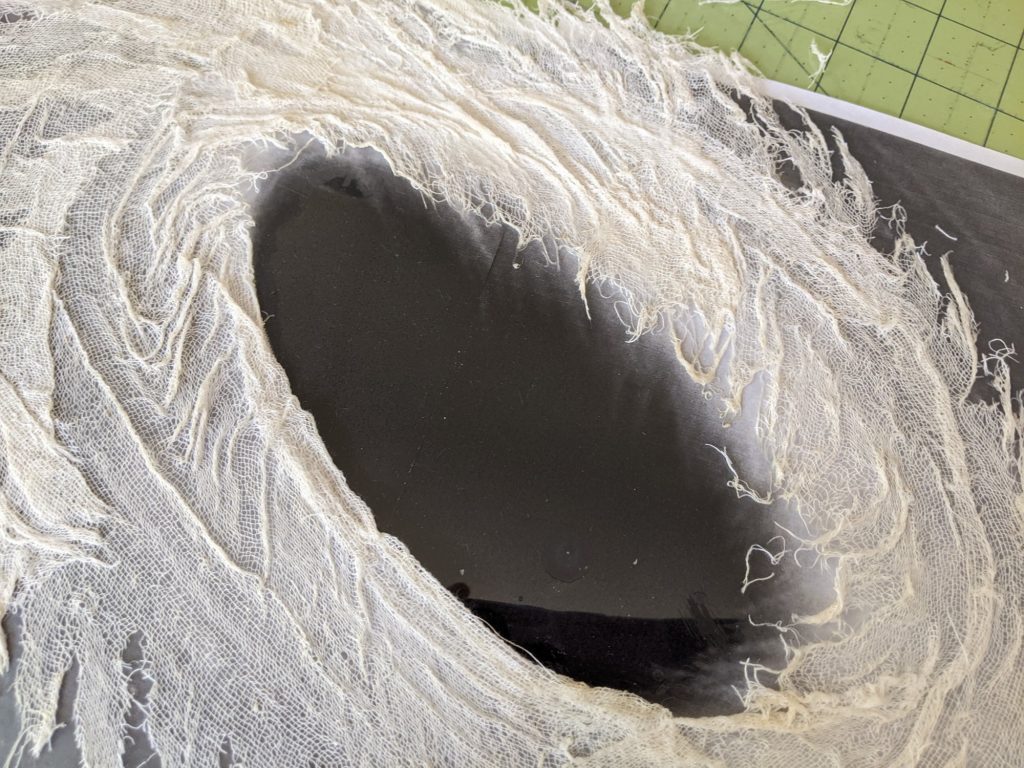 I tried to give the cheesecloth direction and movement, and although it didn’t turn out perfect, I am quite happy with the result. 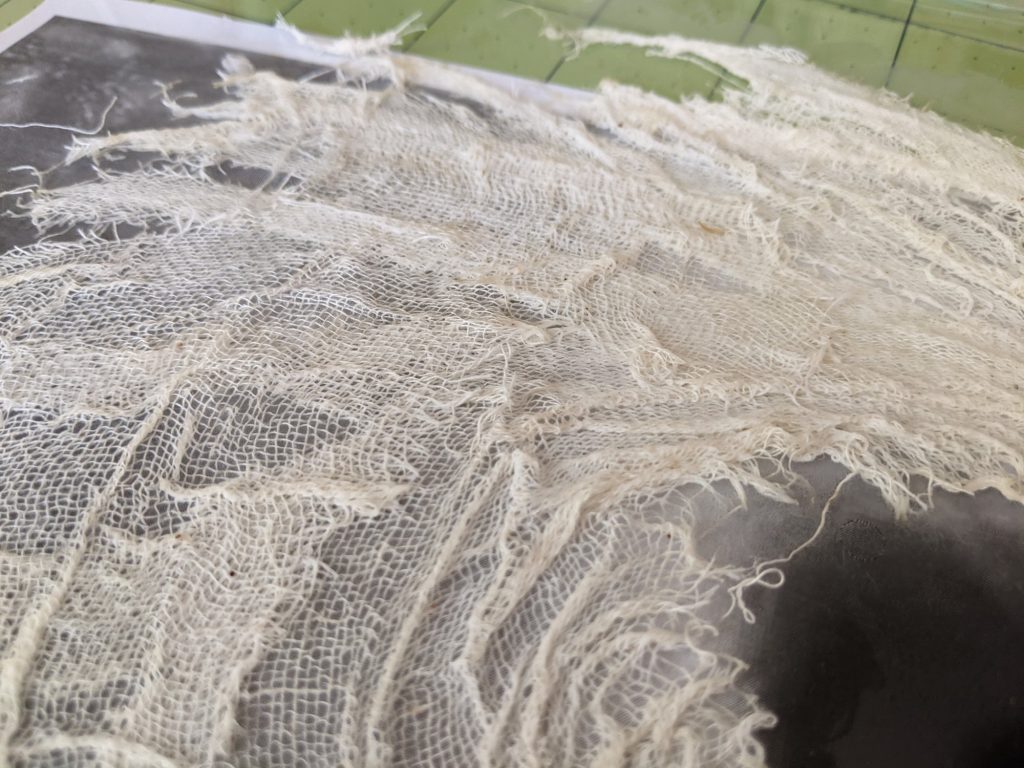 The rest came together fairly easily. I had already decided on a pose that conveys concentration, balance, and being centered: the yoga Tree pose. The photoshoot was quick and simple.

Choosing fabrics is one of my favorite parts of collage making. Going through my stash, touching lustrous textiles, coming across pieces I completely forgot I had is always fun! For me, color is important, but texture is also crucial. The upholstery textiles I use are very tactile. Two red fabrics can be close in color, but have very different textures that can completely change the look of a piece. 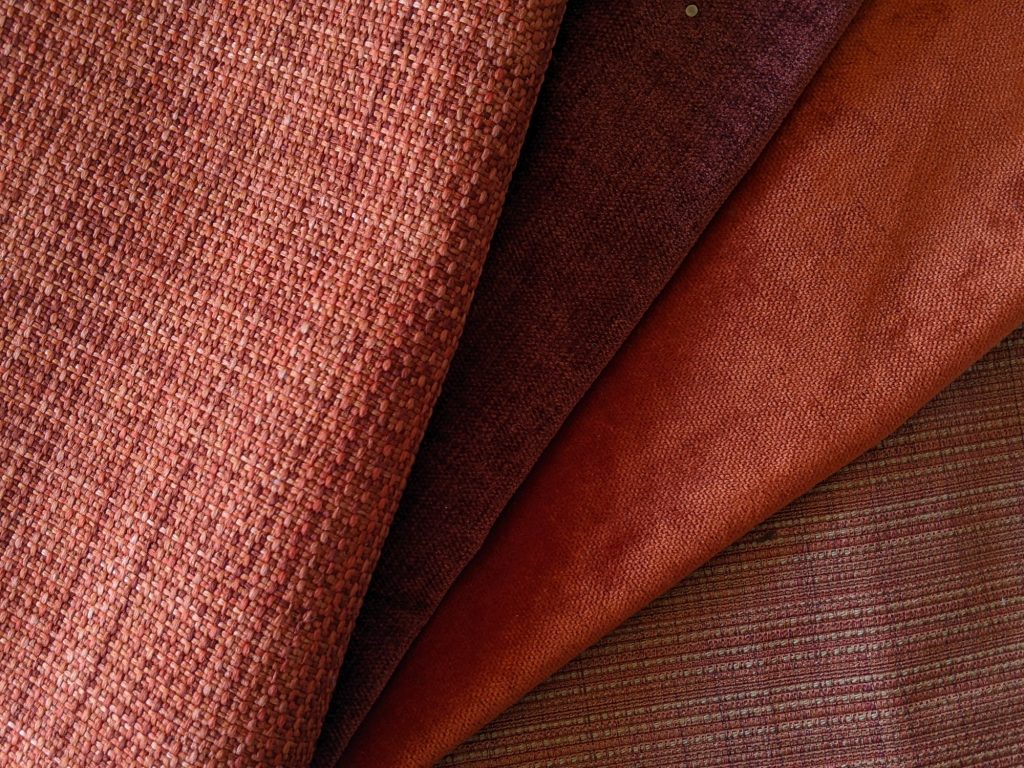 I settled on two background colors, and loosely put it all together to see how it looked. 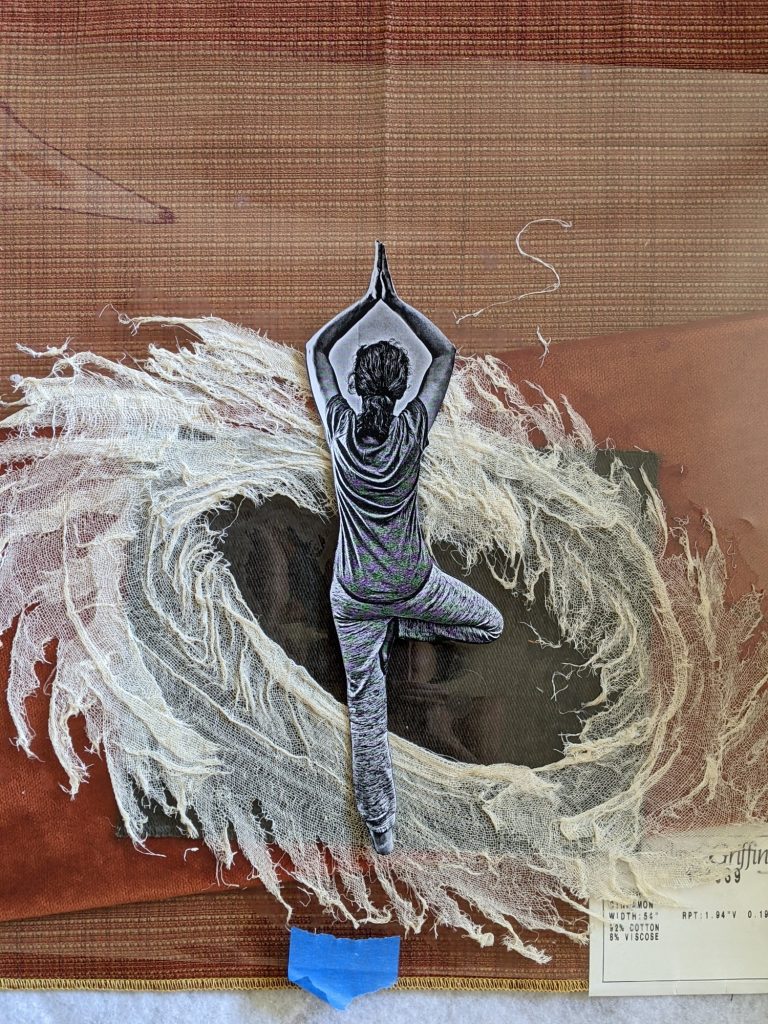 Then I printed the final version of the human image onto printable fabric, and stitched it all together. 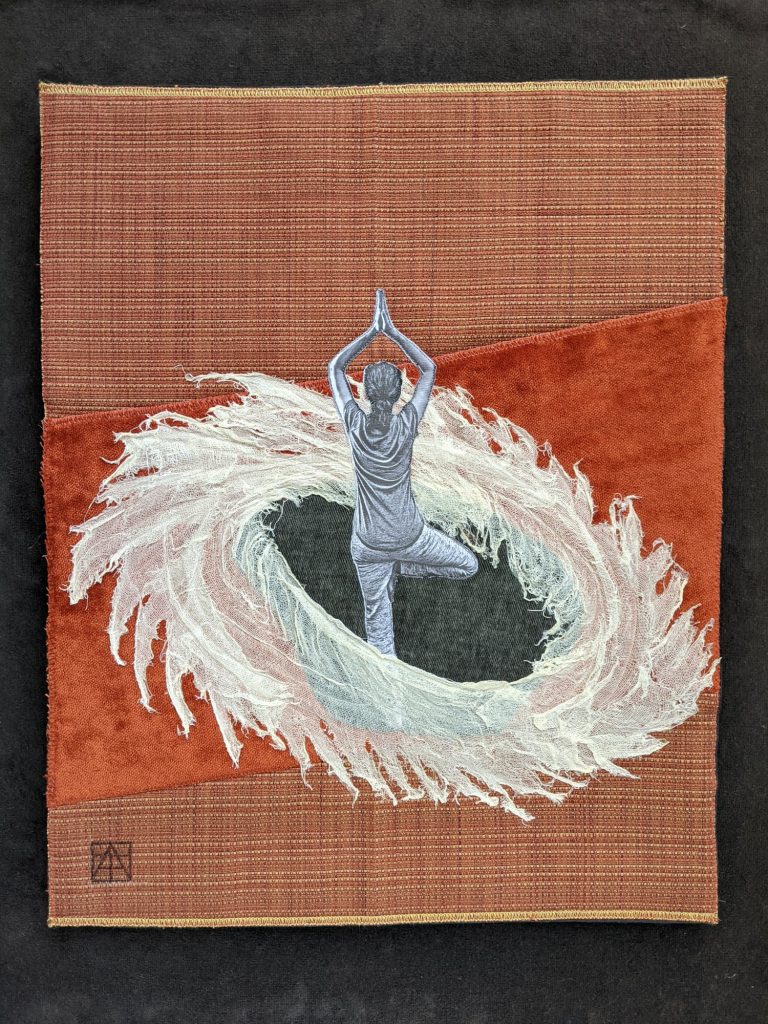 Tags:art quiltEye of a StormTextile collageThe State of Human
previousFree Motion Quilting (FMQ) Advice for Beginners
nextLooking Back at 2022: An End-of-year Summary