In March 2020 we went into a pandemic-induced lockdown and everything closed. For months, places which were once crowded and bustling were suddenly deserted. The streets were empty, as were shops, movie theaters, libraries, places of worship. Everything remained abandoned for months. Then some places opened, only to shut down again when case numbers spiked . 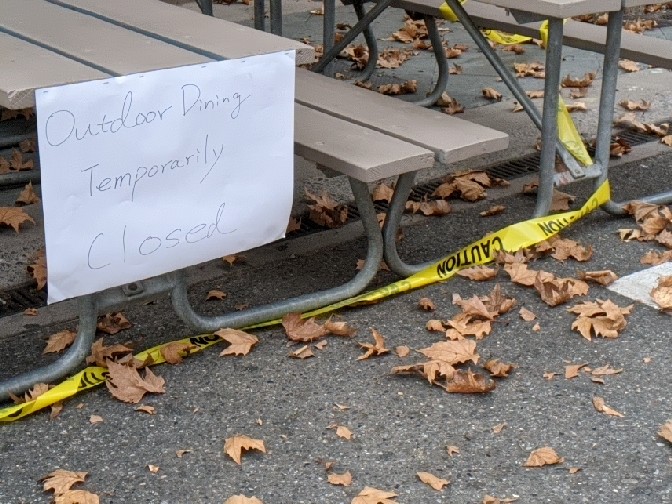 Desolation prevailed wherever you went. Inside and out.

In September, the California wildfires restricted everyone further. Unable to go outside, I went back into my sewing room and tried to lift my spirit up with some bright colors. A small quilt formed, but it was all sharp angles and confined spaces. I tried to soften it with some lace, but the lace, too, ended up as a border, restricting. Mazes within mazes, escape routes blocked, small, confined spaces, sharpness. And yet, there was also some beauty in it all, just like in the real world… 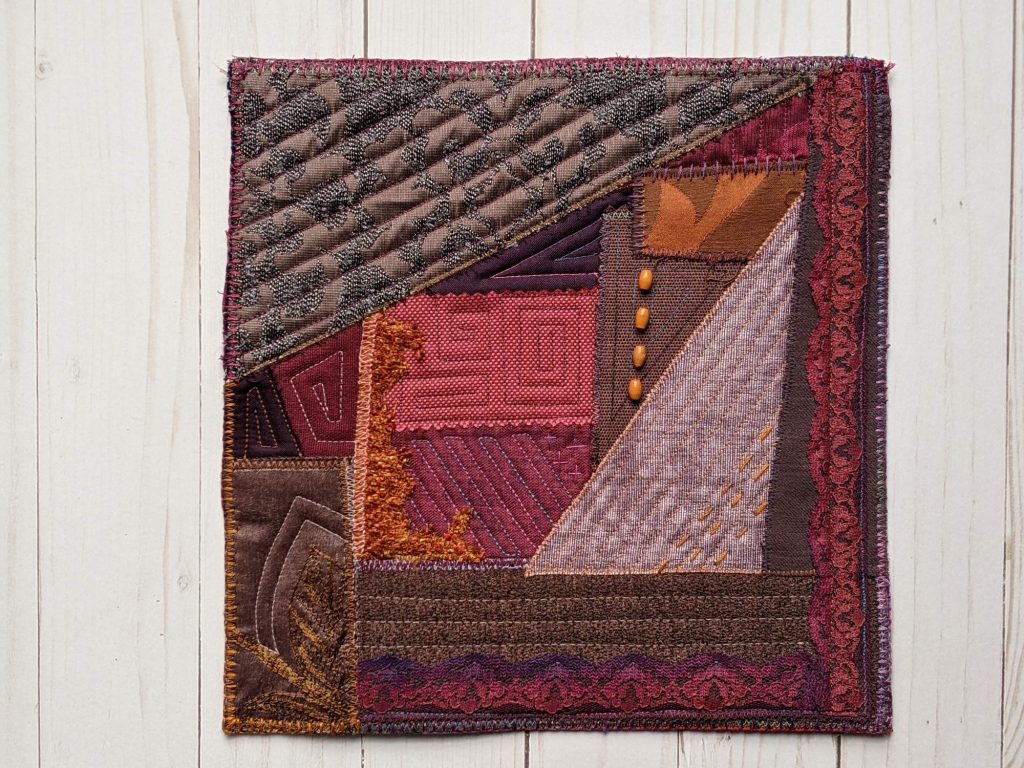 In the following months, slowly and painfully, more quilts in this series emerged. Emerged in-between other projects, as if on their own, designing themselves. Some took weeks to complete. This was not an easy series.

This is Eerie Streets. 10″ x 10.” The emptiness of streets in that first lockdown, deprived of both people and cars, was one of the most striking differences between the “before” and “after.” And the quiet that accompanied it. A deep, screaming quiet. The quiet was nice, actually. 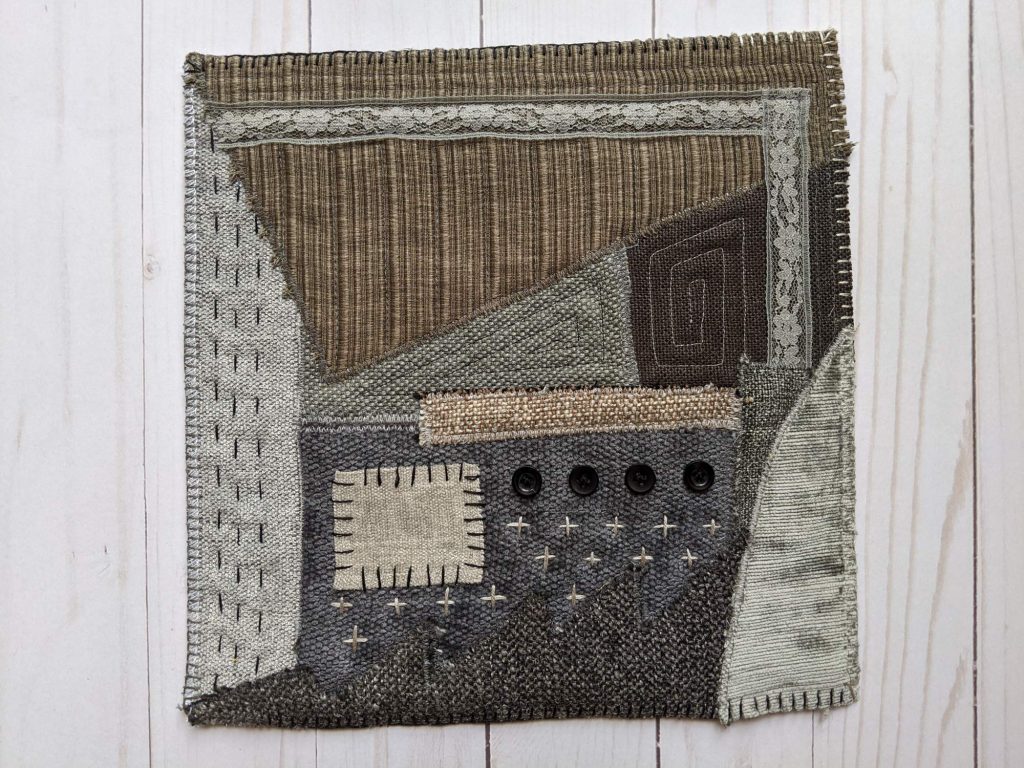 The quilts in this series shouted barred cathedrals, churches, synagogues, mosques and temples. They whispered of locked museums and closed schools. 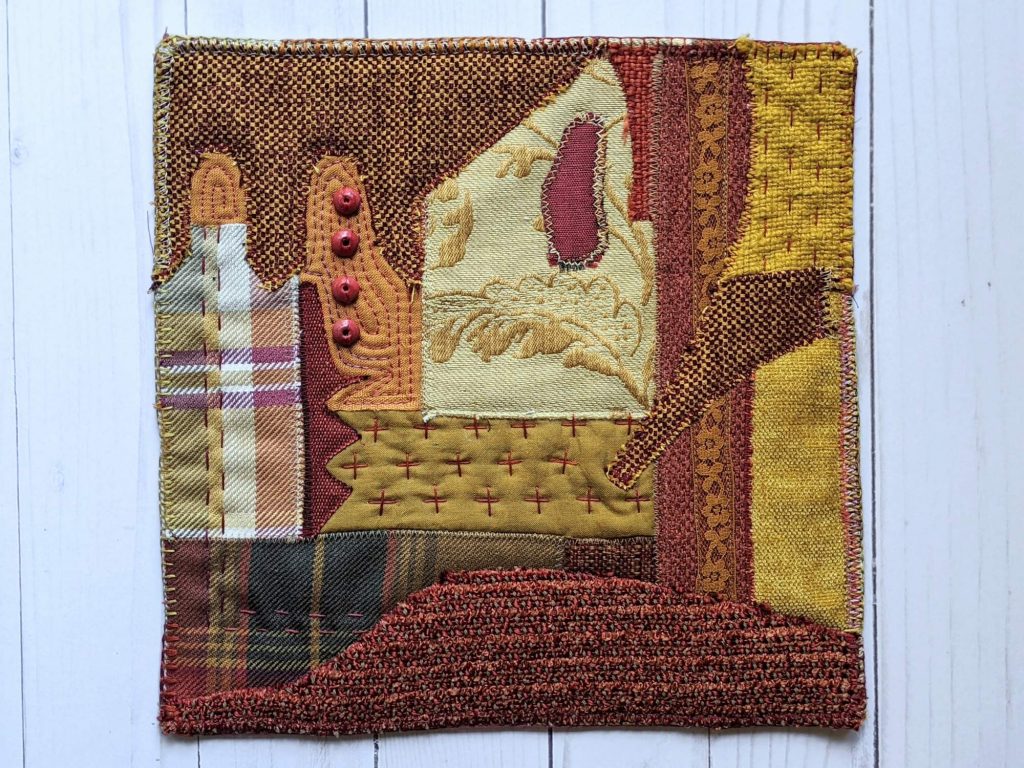 For my family, one of the hardest aspects of the March Lockdown was the closing of theaters. Both of my daughters were in a youth theater production at the time. They practiced for months, getting ready to perform over two consecutive weekends. The first weekend still happened, albeit in front of smaller, spaced-out audiences. By the time the second weekend rolled by, however, we were already in full lockdown. The disappointment was bitter.

Fittingly, the last quilt in this series is Shattered Theater, 10″ x 10.” 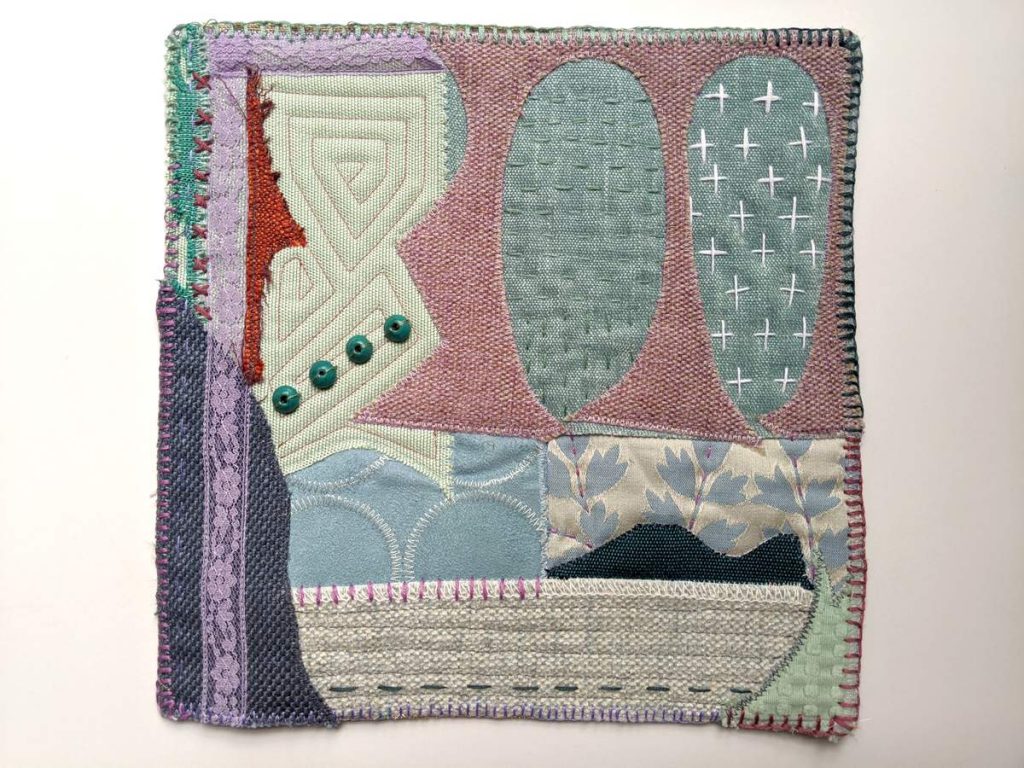 And yet, each of the quilts in this series contains some beauty, too. In pleasing colors, the softness of textures, or in rounded shapes. In each, there is some hint of nature, in the form of leaves or the silhouette of mountains. And each has the silver lining of lace, pretty even when constricting, bringing hope…