The Door Knockers of Cartagena, Colombia

Cartagena, Colombia has a long and complex history. It has seen many ups and downs throughout the centuries, but today the old part of the city is a pleasant tourist heaven filled with old colonial charm.

I had the pleasure of spending a few days in Cartagena this summer, and very much enjoyed exploring its colorful streets. Much of the Spanish colonial architecture has been beautifully restored and preserved, turning every stroll into a walk back in time. 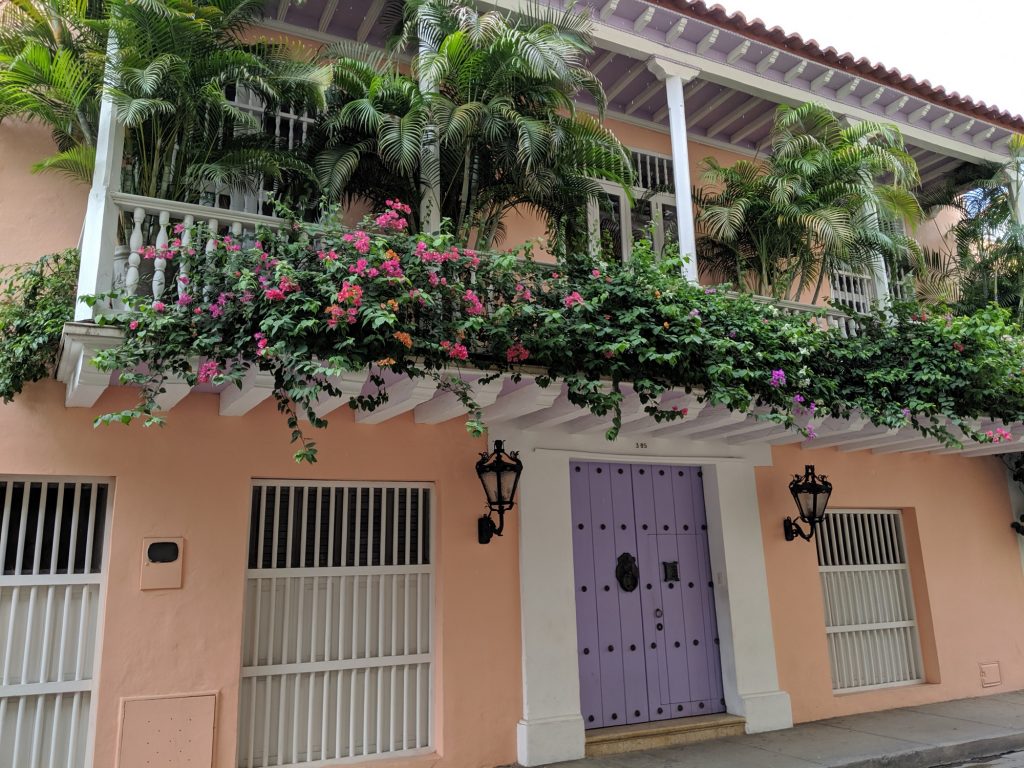 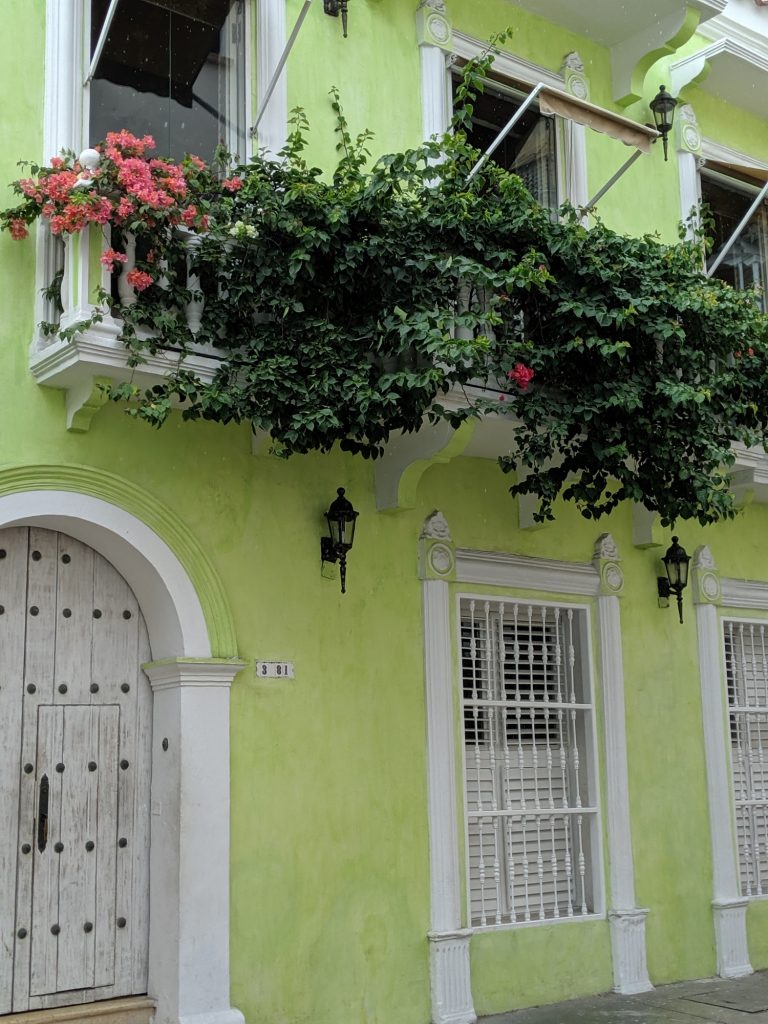 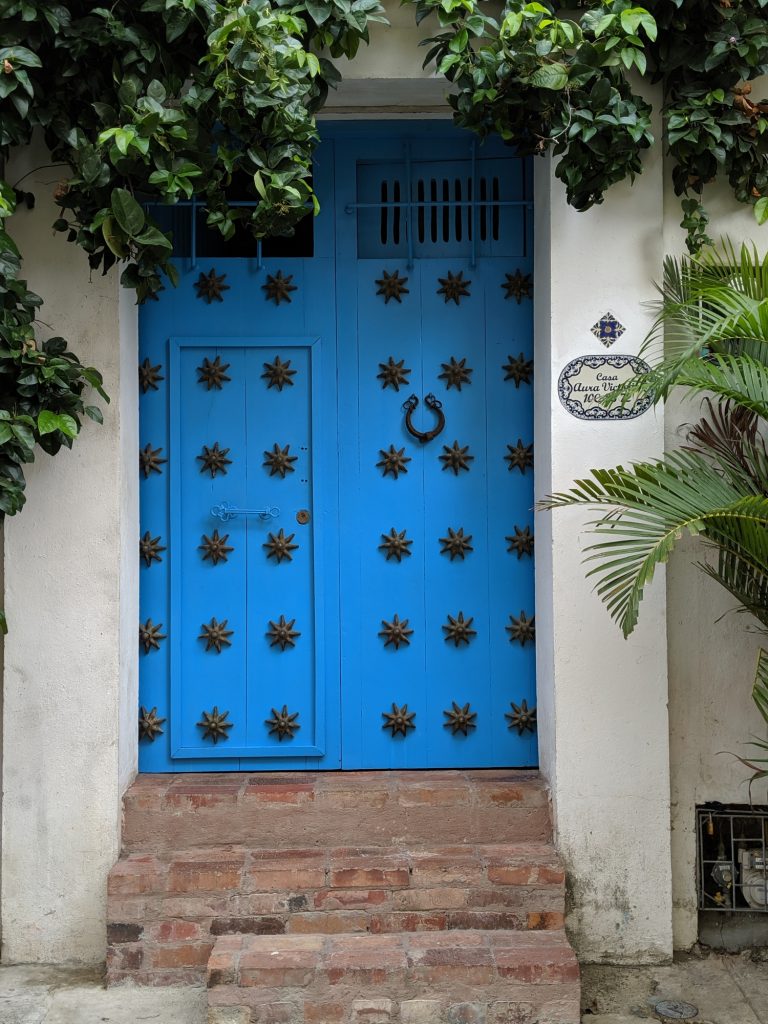 In Japan, I immediately noticed the unusually elaborate man-hole covers. In Cartagena, people seem to be expressing their creativity through the display of ornamental door knockers. Once we realized that, finding fun knockers became a family pursuit. My kids enjoyed running ahead to find interesting ones (kind of like what they did with street art in London).

I found that most door-knocker designs in the city fall into a handful of groups. There are door knockers shaped as objects, such as vases (?) or leaves: 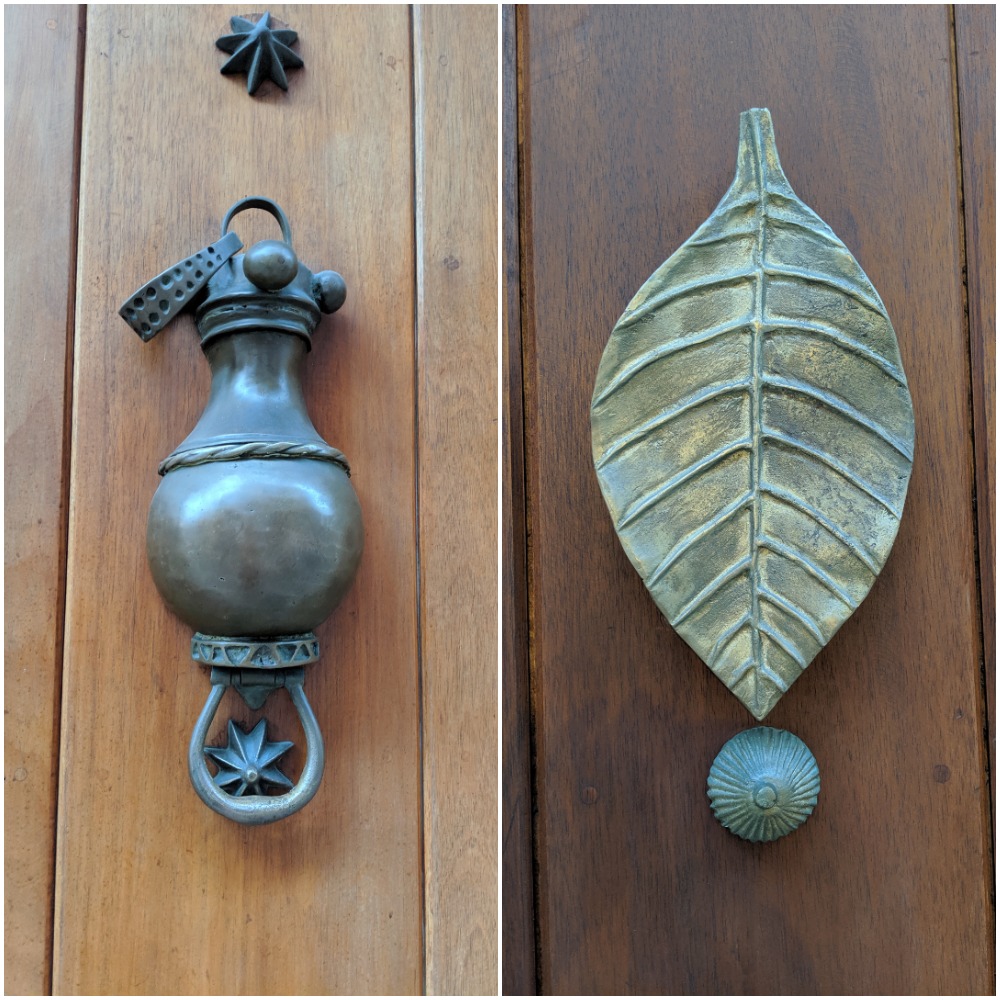 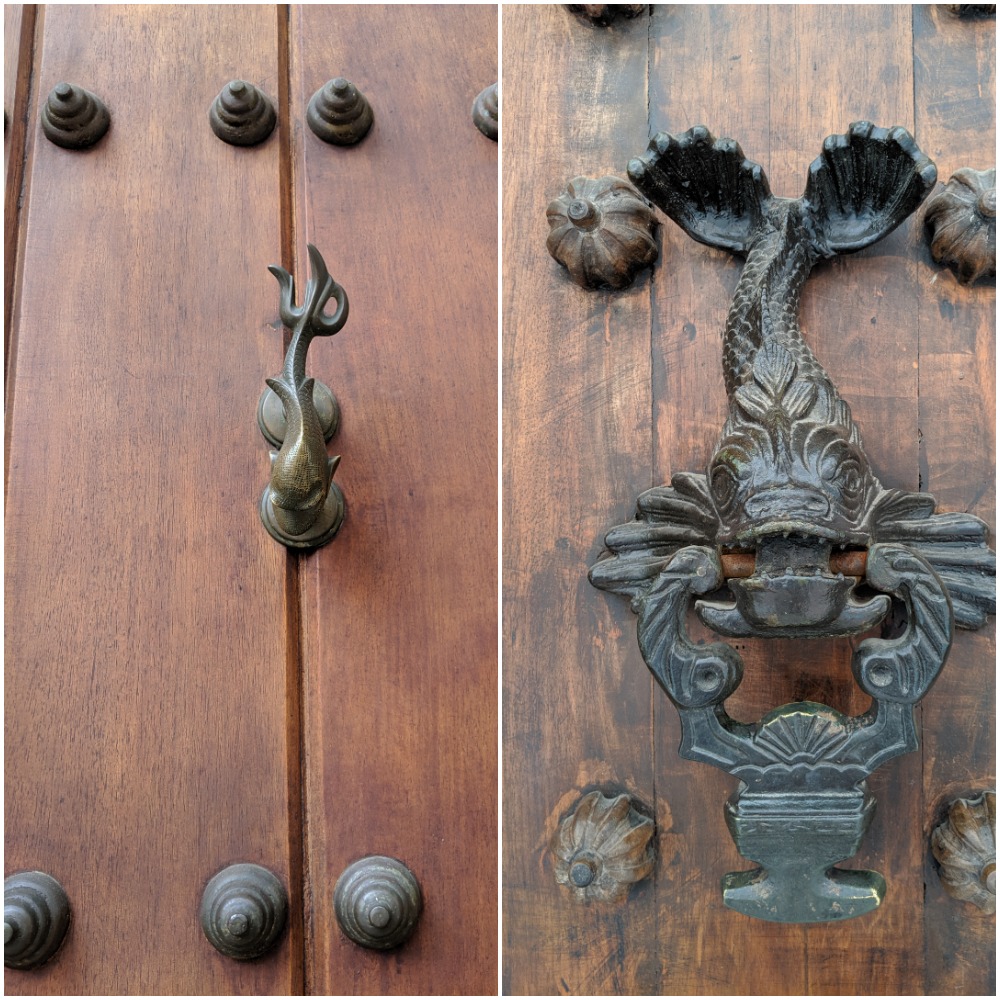 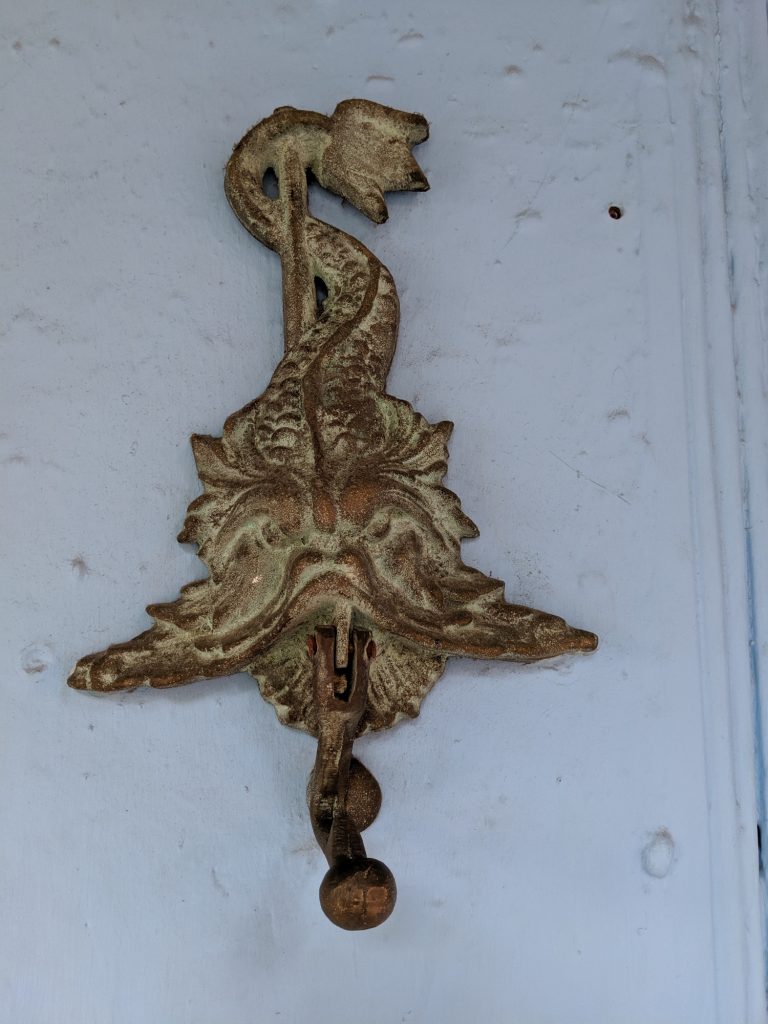 Other showcase other kinds of sea creatures, like turtles or mermaids: 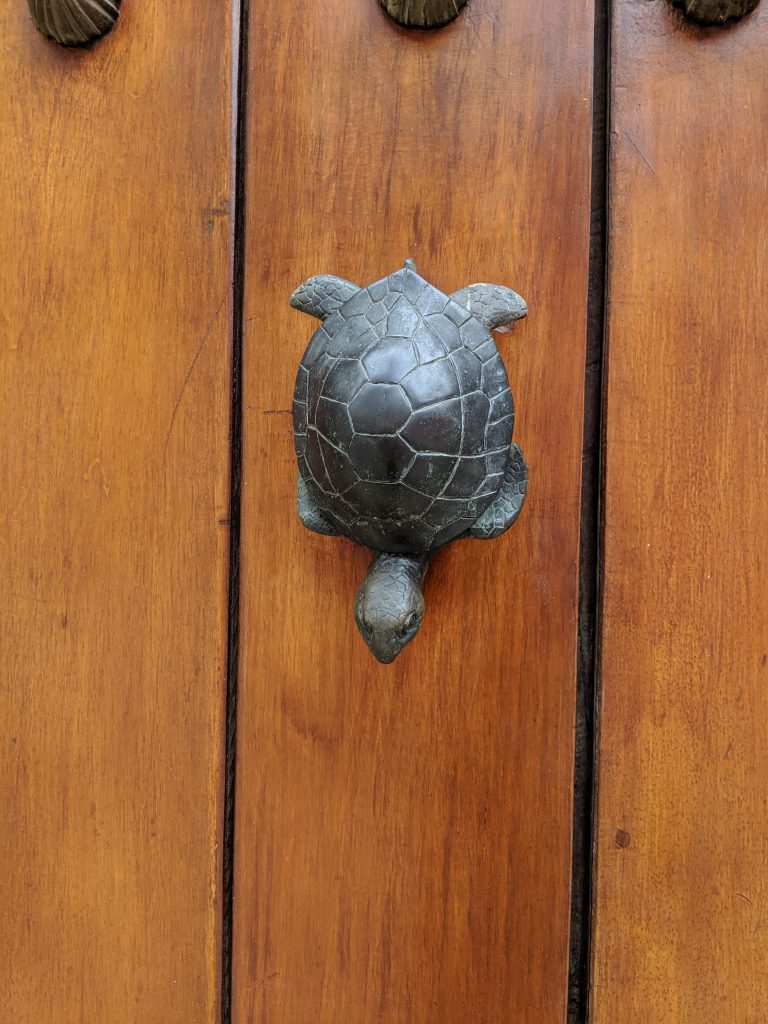 Lion heads are a commonly-seen design: 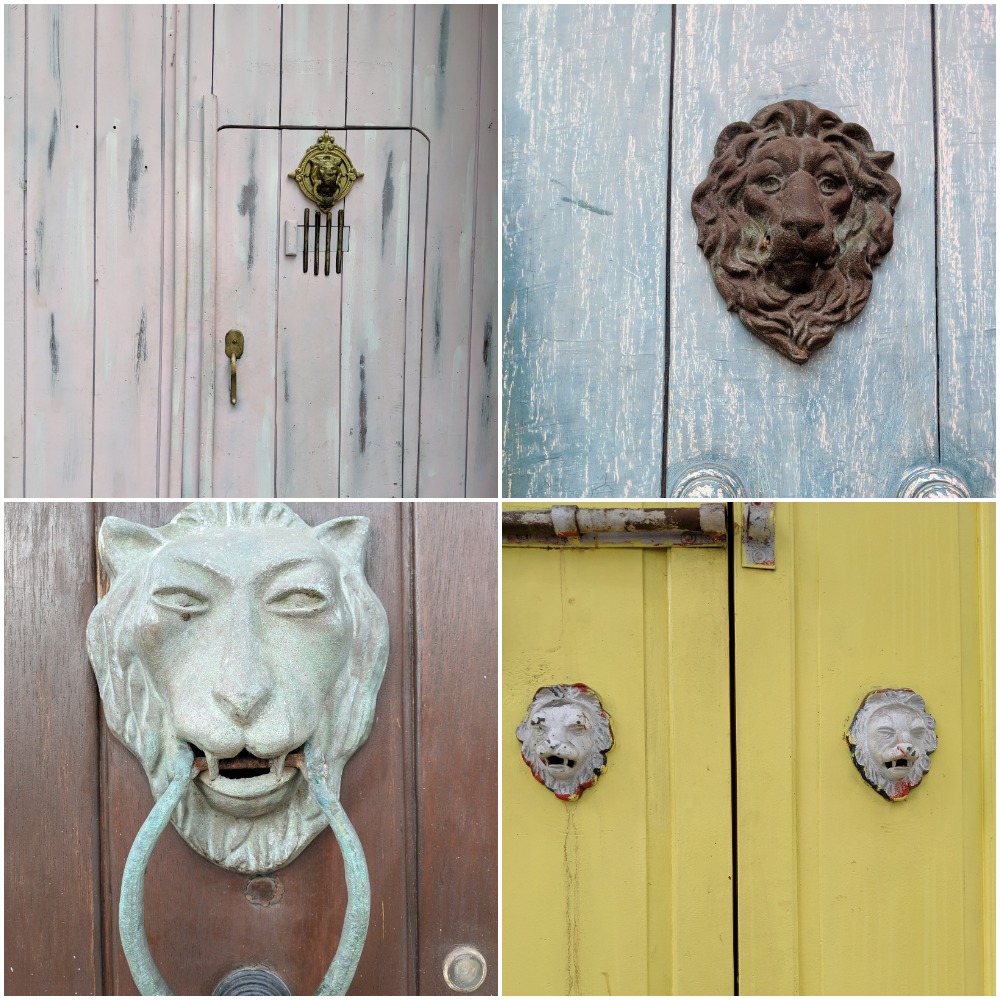 As are lizards (mostly iguanas): 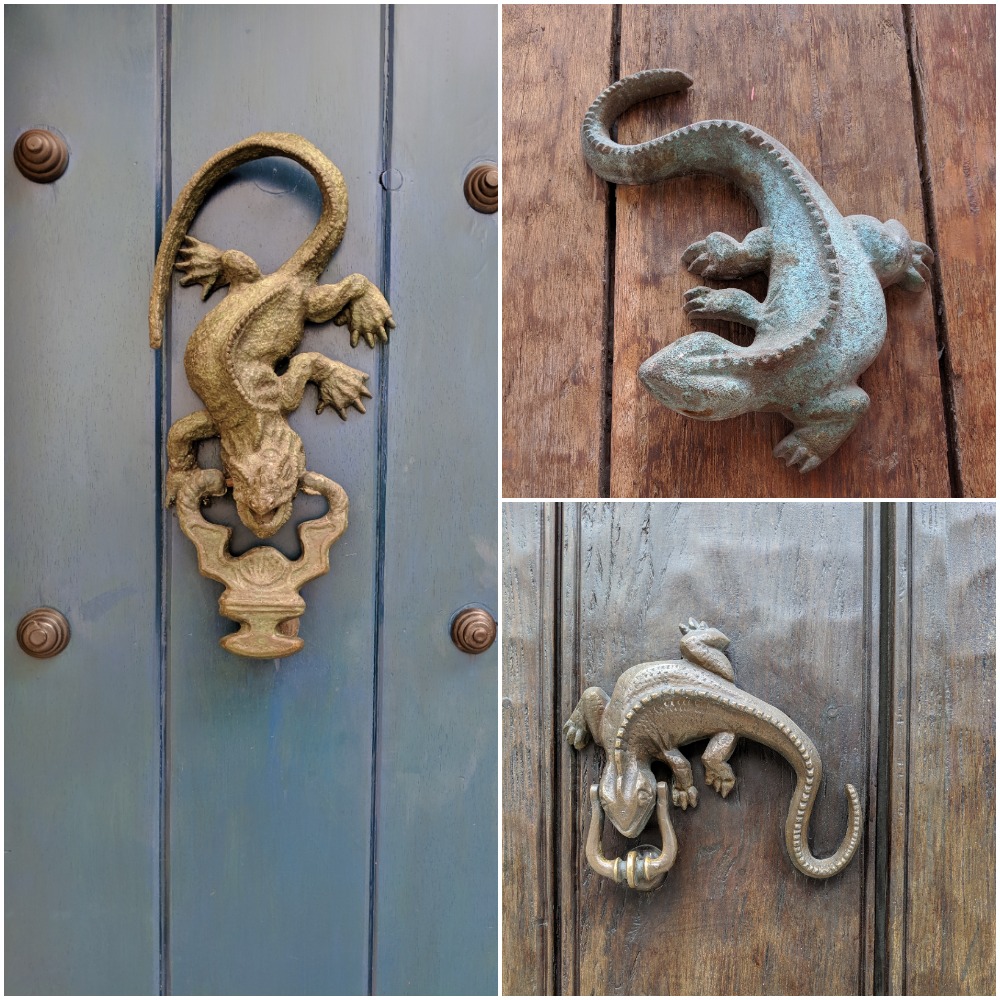 The rarest shape of door knockers, but possibly my personal favorite, are those interpreting the human form. I especially like the one designed in pre-Colombian style on the right: 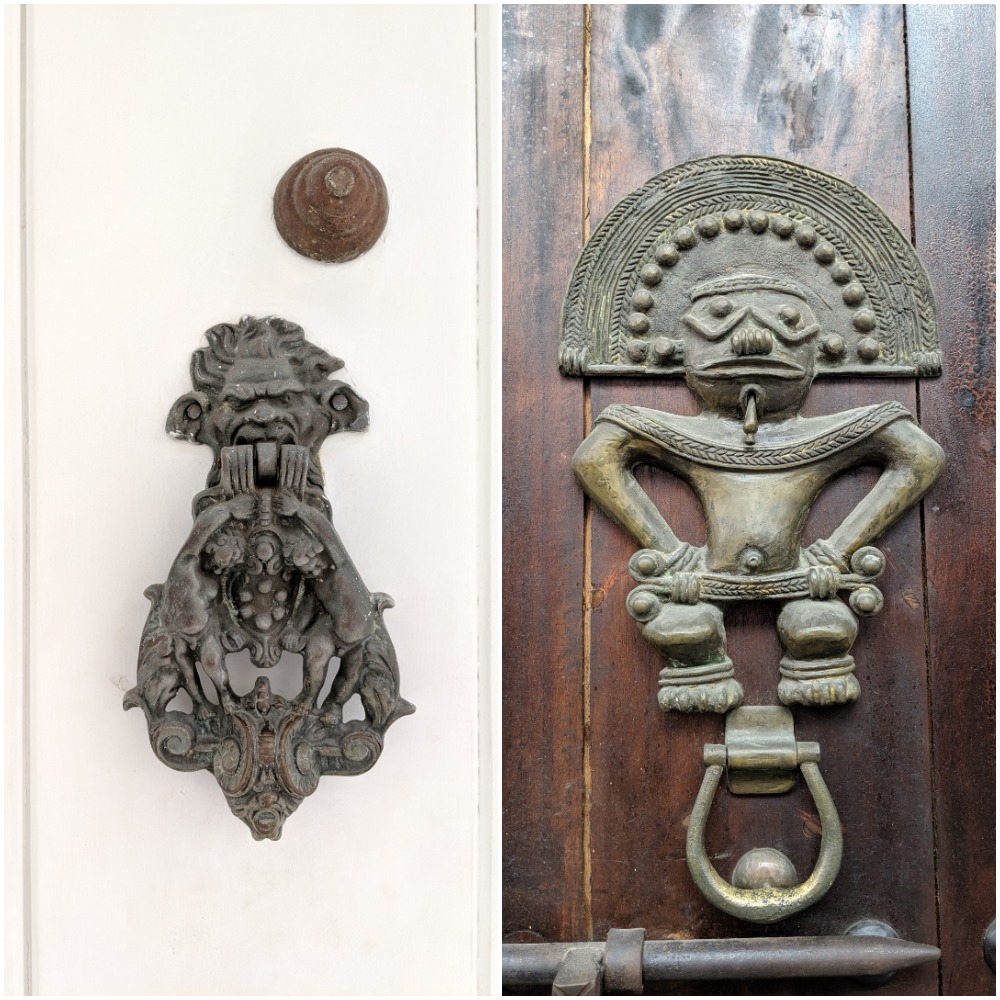 The History of Cartagena’s Door Knockers

Today, Cartagena’s door knockers are merely decorative, but this was not always the case. The knockers were a Spanish influence. The Spaniards built the city in 1533. At that time, “A tal casa tal aldaba,” or “To each house its door knocker,” was a popular saying in Spain, where people displayed their profession or social status through the design of their door knockers. This became true for Cartagene residents as well.

The size of the knockers mattered, too. The bigger the knocker the higher the family’s status.