Many tourists visit Matsumoto for its beautifully-preserved sixteenth-century castle. Only a few stop by the small Matsumoto City Museum right across the courtyard. Although somewhat old fashioned, this museum bears a nostalgic charm. It displays a handmade model of the castle from 1911: 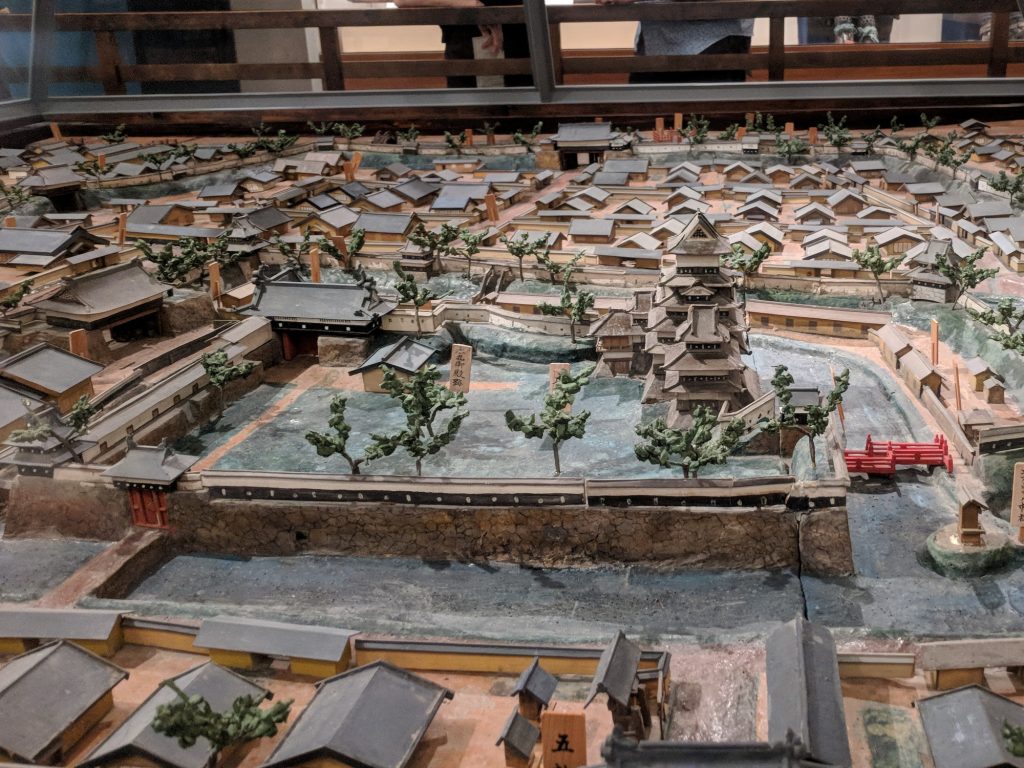 And also offers a peek into the rich world of traditional Japanese crafts from the Matsumoto region.

In pre-industrial societies, people made everyday objects by hand. In Matsumoto, peasants crafted various kinds of baskets out of a specific type of bamboo called Suzutake. They worked on these baskets in winter, the agricultural off season. Matsumoto baskets became famous in Japan from the Edo period onward, and in the beginning of the twentieth century were even exported to Europe and the United States. 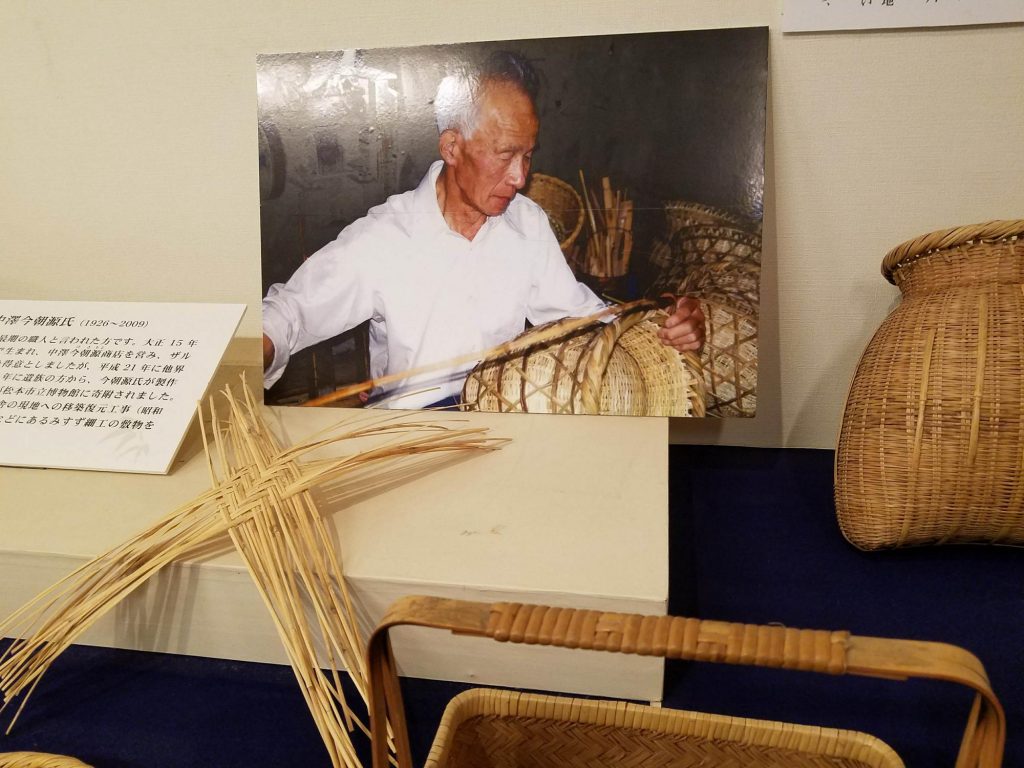 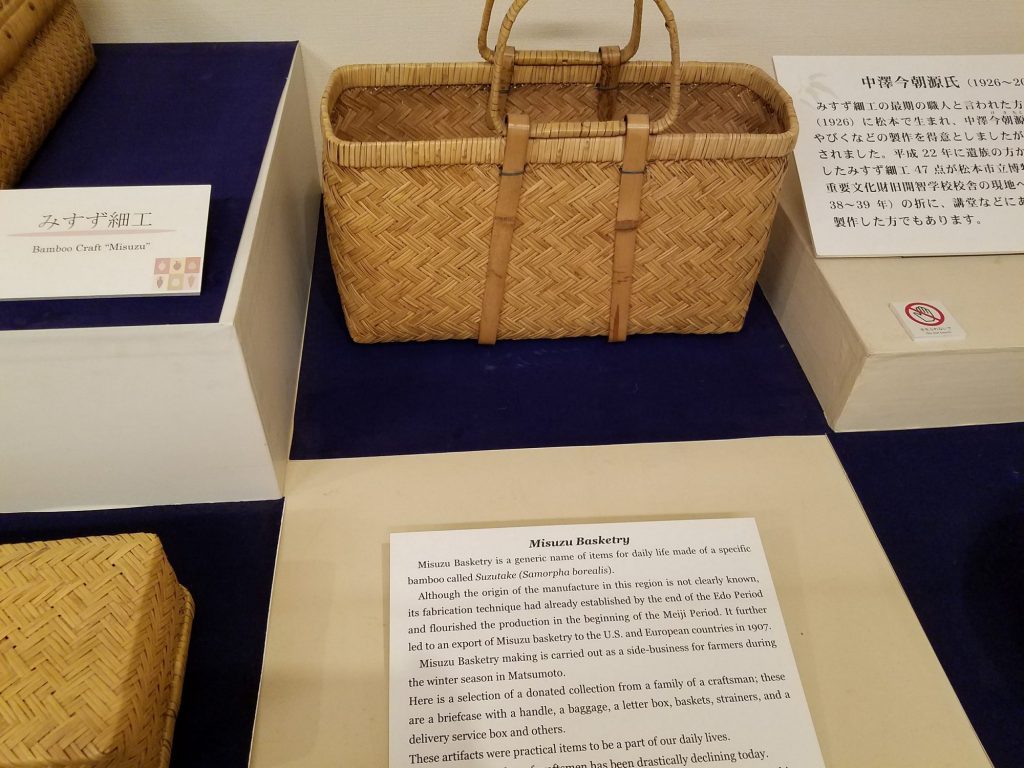 As in many parts of the world, however, the most beautiful manifestations of Japan’s traditional arts and crafts evolved around the lives of the elites.

Samurai armor and swards were an important part of the warrior culture of ancient Japan, and many artisans therefore put a lot of effort into making them beautiful. The museum offers a few examples of such artifacts preserved from local samurai families. 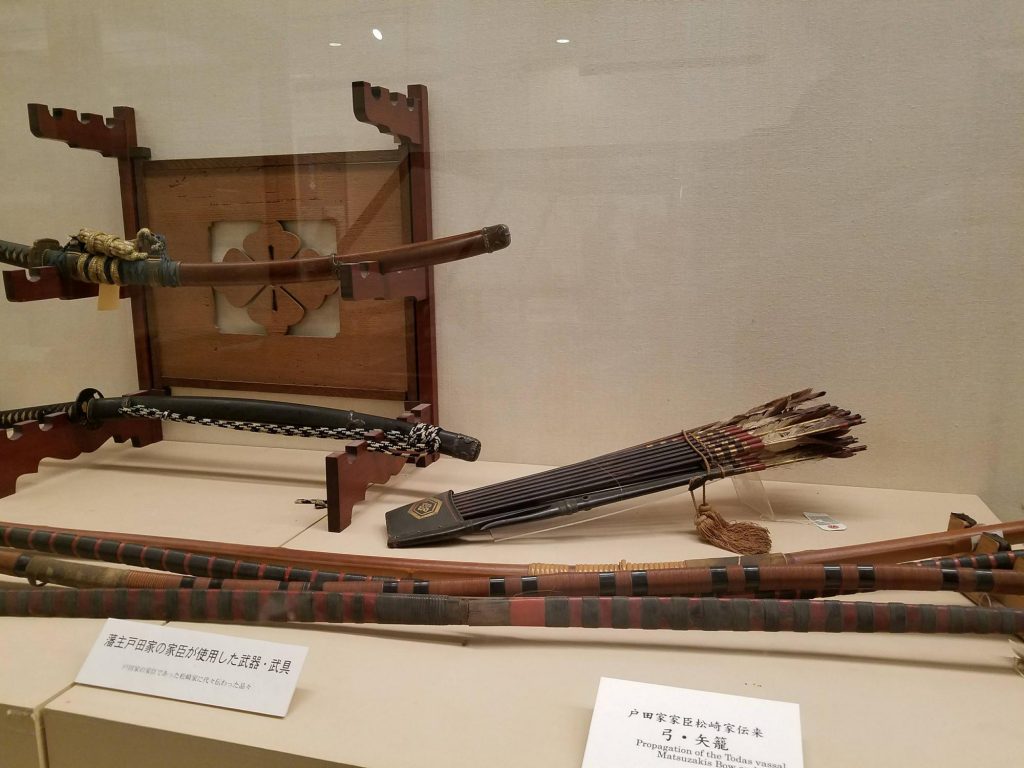 Matsumoto Thread Balls appeared in the late 17th century, after cotton threads became widespread. Originally, they were the toys of girls from elite samurai families of the Matsumoto clan. Later they became a popular kind of regional folk art, with many different patterns. 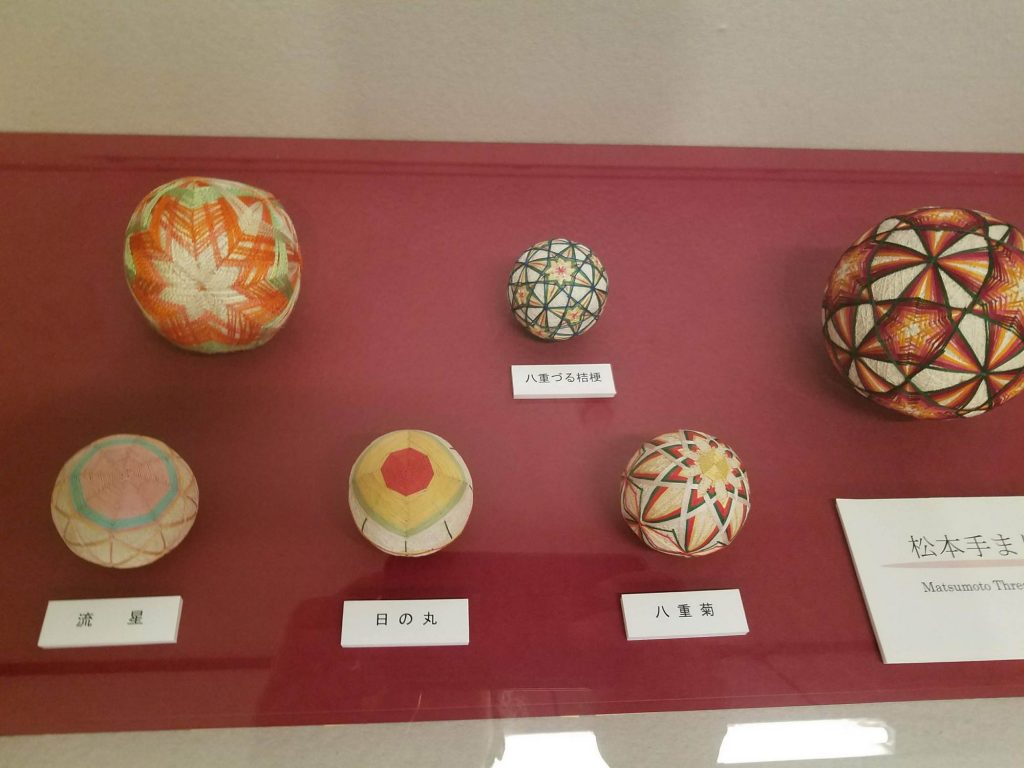 In the Tenpo era (1830-1843), as part of his efforts to promote the town’s industry, the Matsumoto feudal lord encouraged samurai families to produce Oshiebina dolls. People made these dolls to represent kabuki actors and historical figures. They created them by wrapping cotton over cardboard and putting a bamboo skewer at the back for better display. 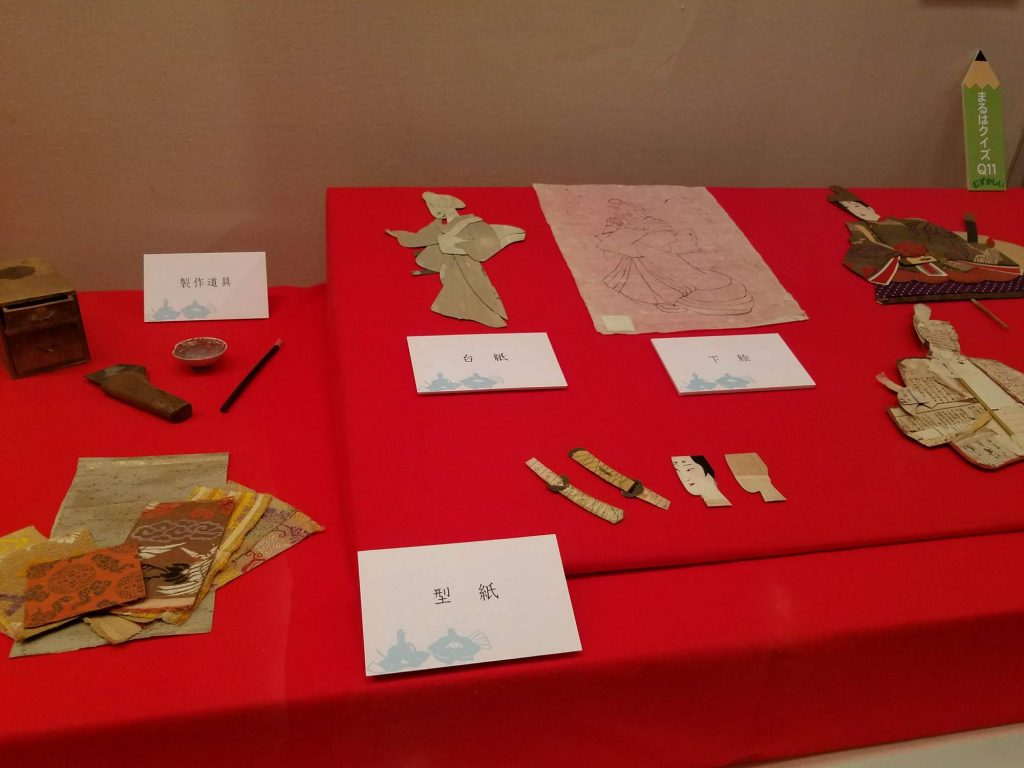 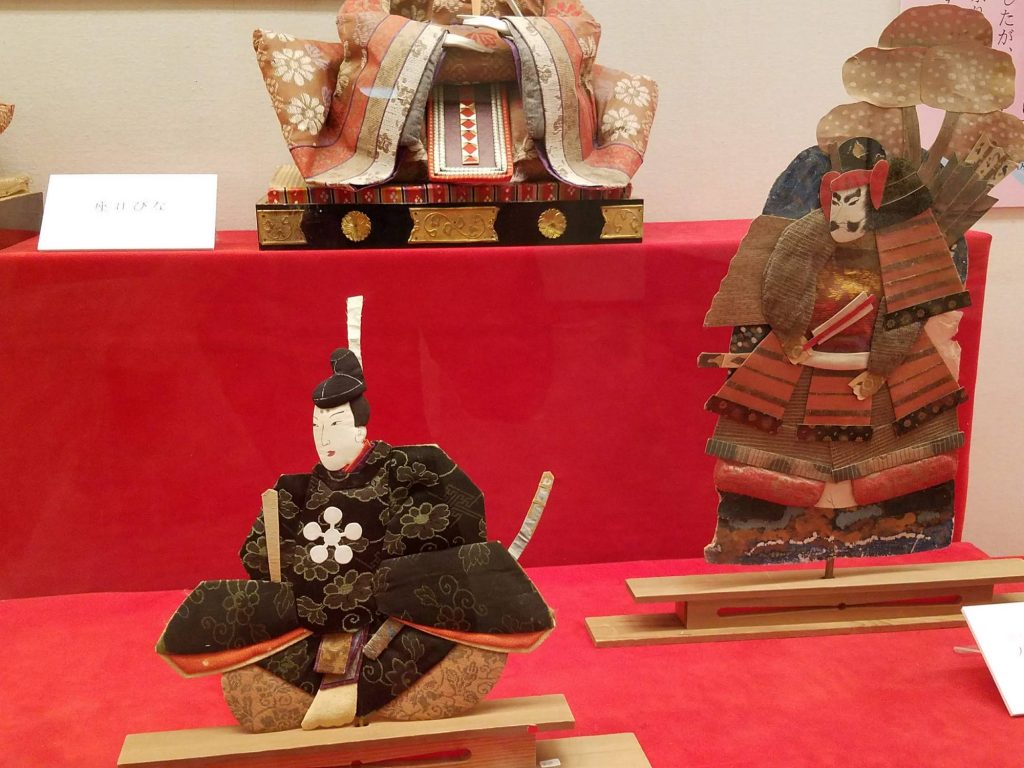 Many of the traditional crafts in the museum revolve around rituals. These Omiki-no-kuchi, for example, are bamboo sake-bottle charms: 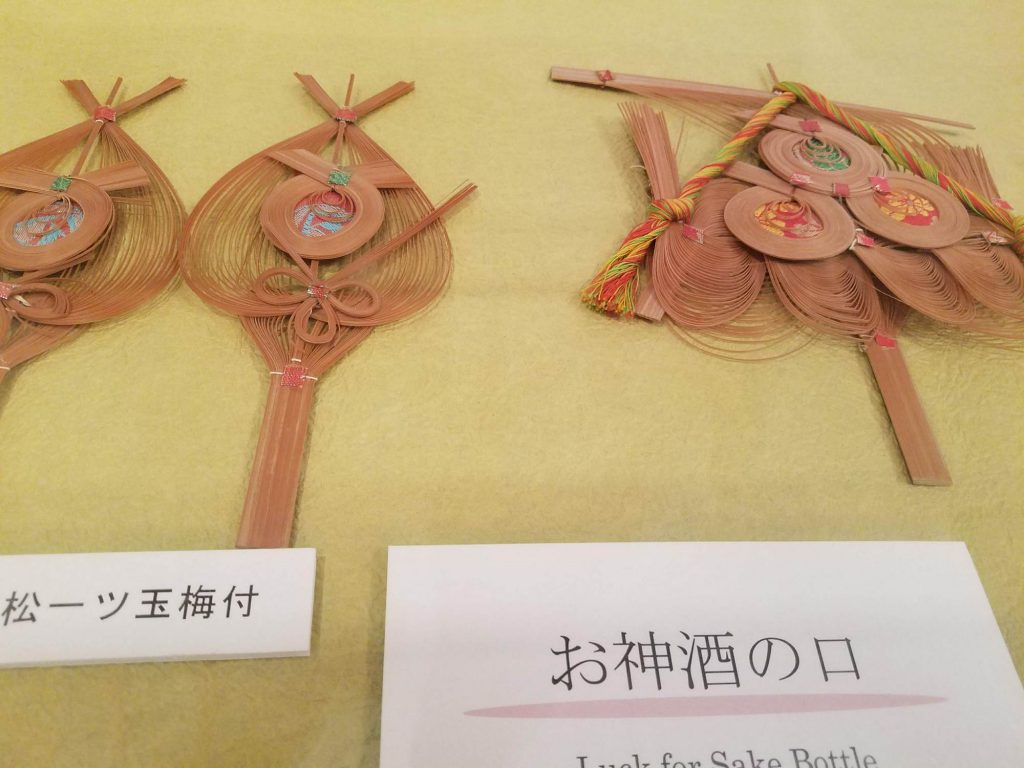 People placed them in Shinto alters on New year’s Eve. The art of making them is dying out, however. Only a few families in Matsumoto are still skilled in the craft.

Another example of a ritual-related craft is straw figures such as this, which were meant to represent the Poverty God. Peasants placed them on the boundaries of villages to prevent the invasion of the Plague God. It was their way to try to ensure good harvest and peace. 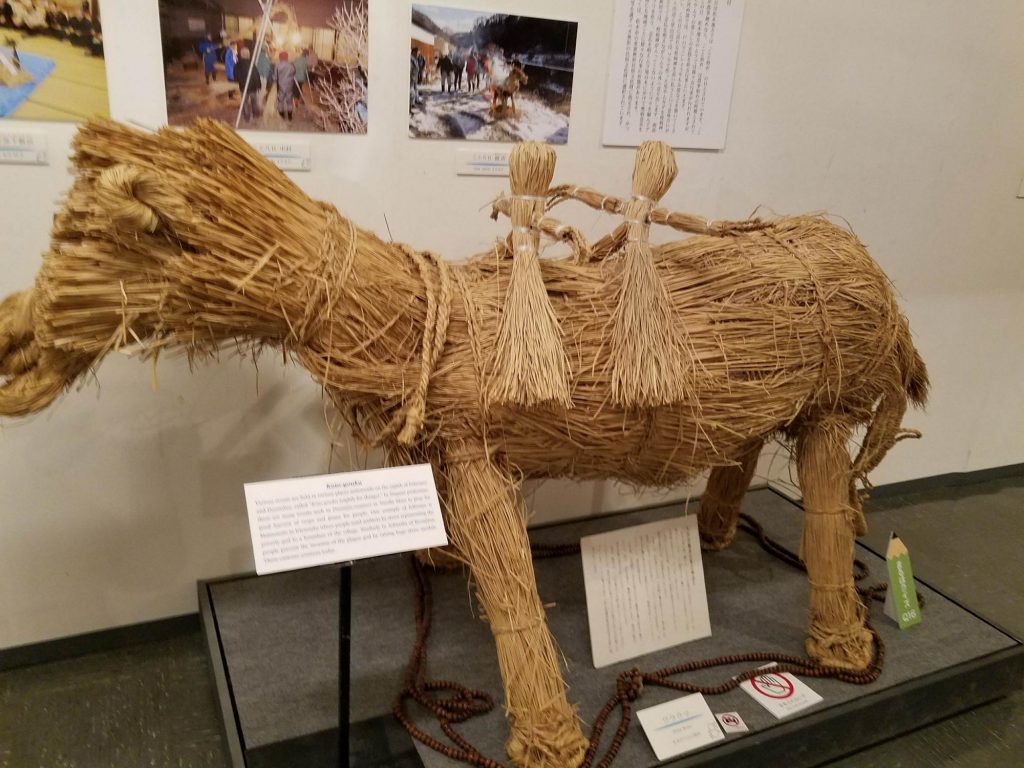 Tanabata Dolls in various forms are related to the Star Festival. In most places in Japan, people celebrate this festival on the seventh day of the seventh month. In Matsumoto, however, people celebrate it on August 7th. This festival, by the way, is based on a Chinese folktale about a love story between a Weaver and an Alter. The Matsumoto City Museum has some dolls dating from the 18th century. 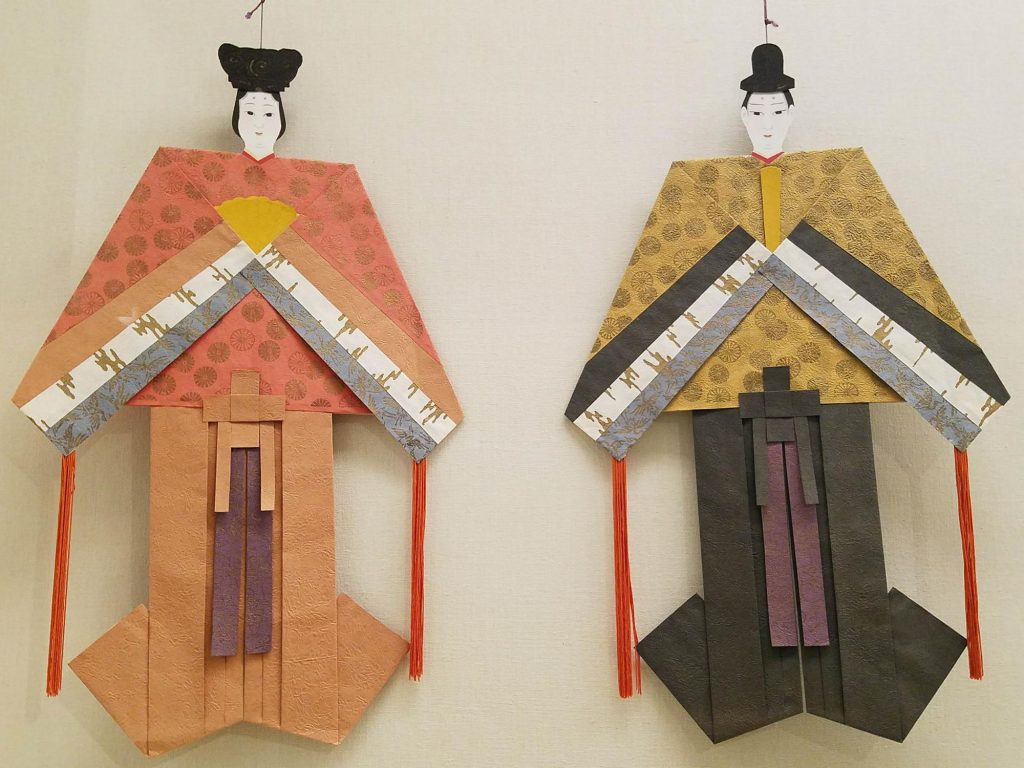 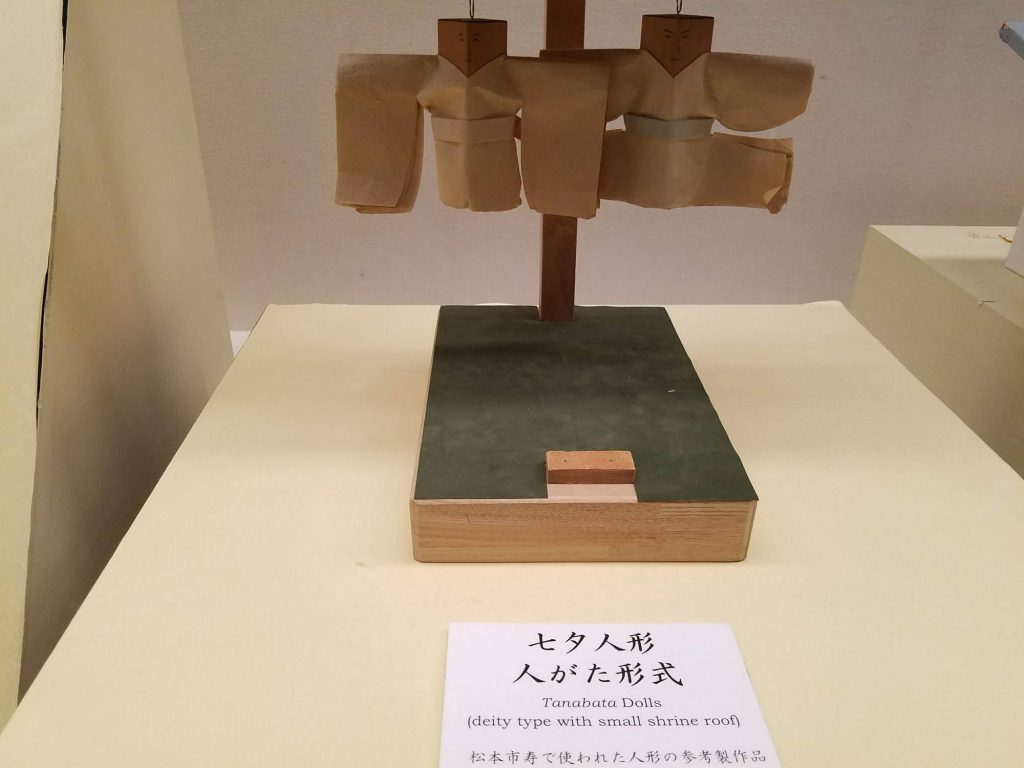 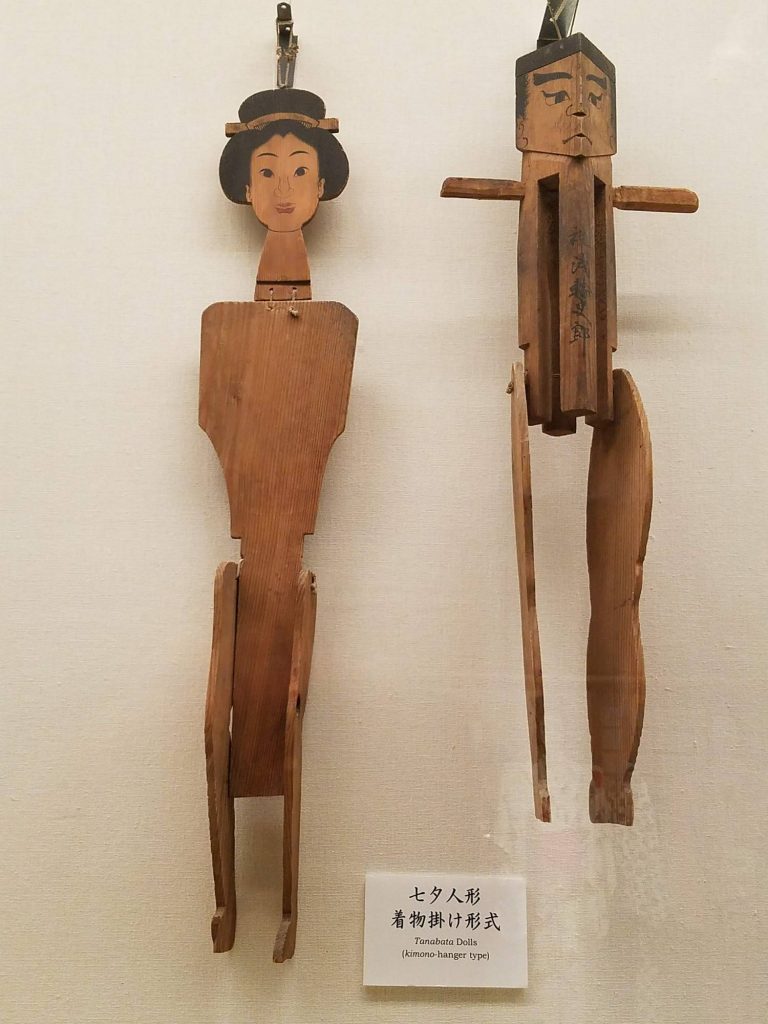 Various deity figurines and dolls made for festivals, shrines and alters were also widespread. Aren’t they spectacular? 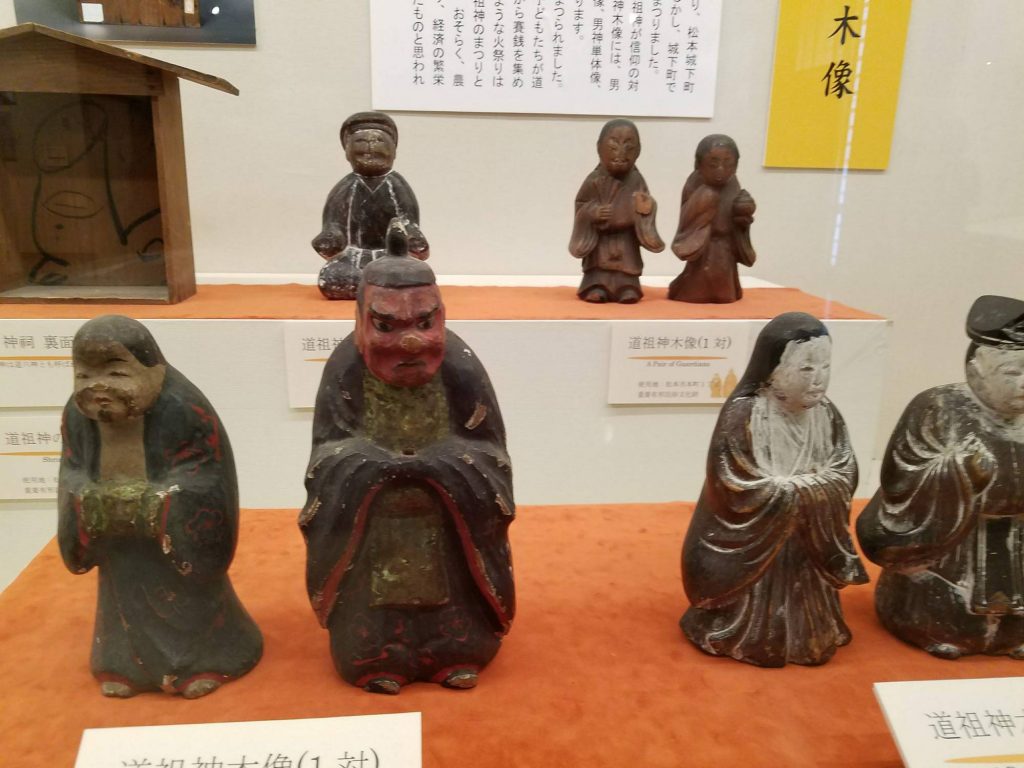 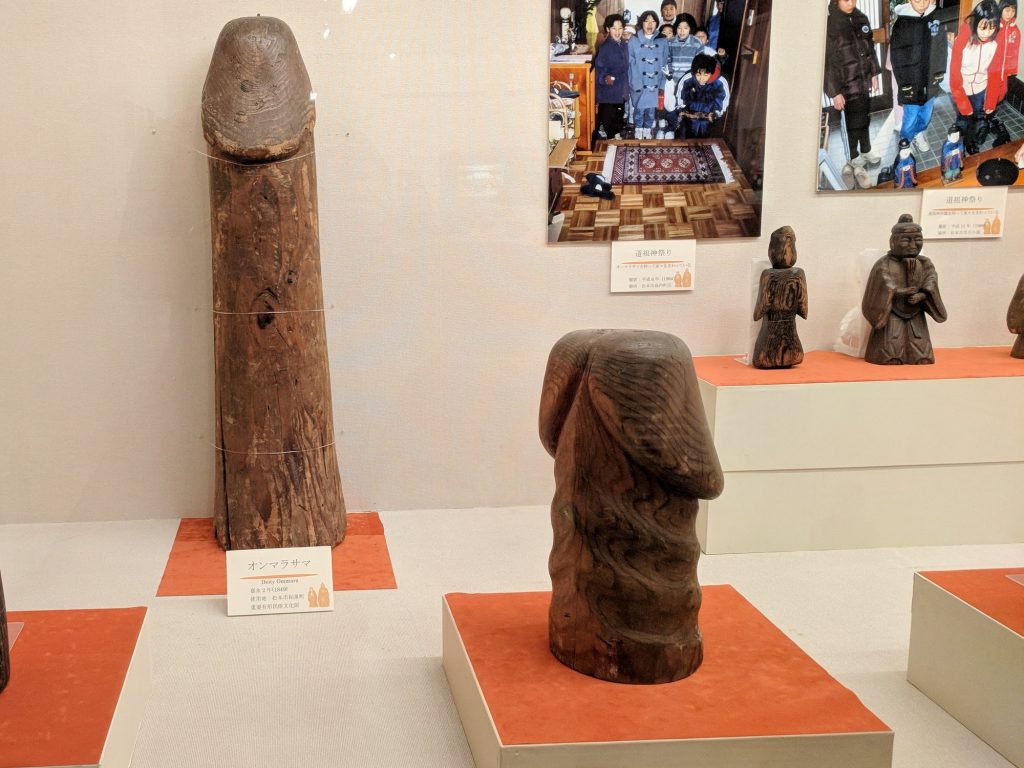 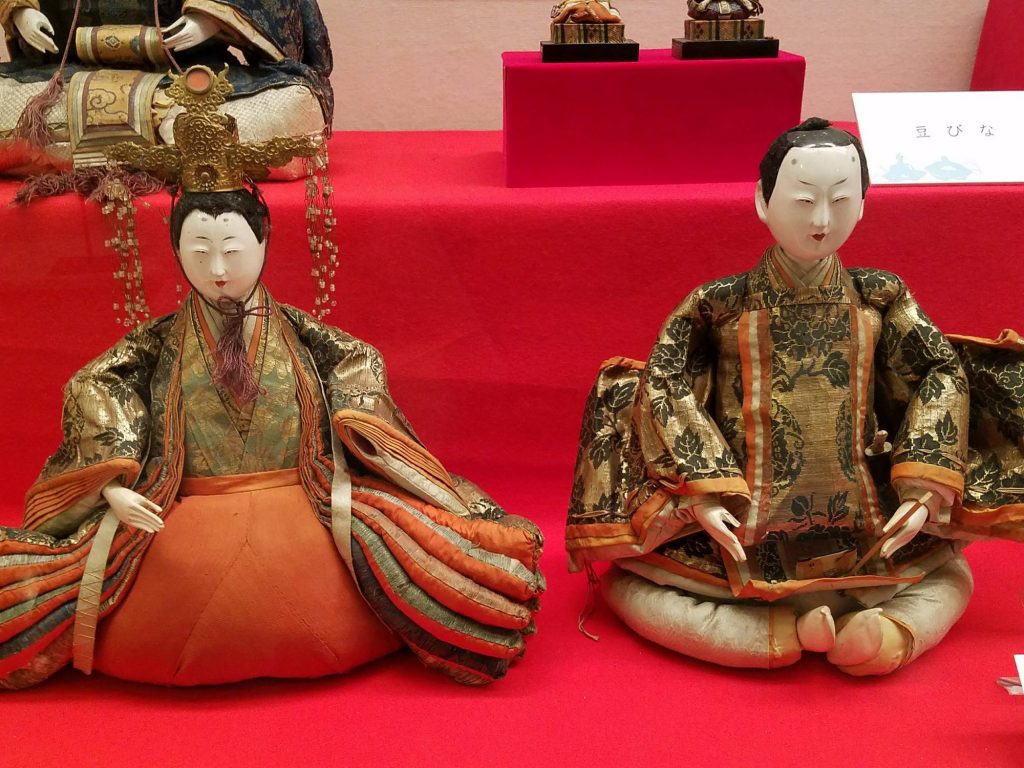 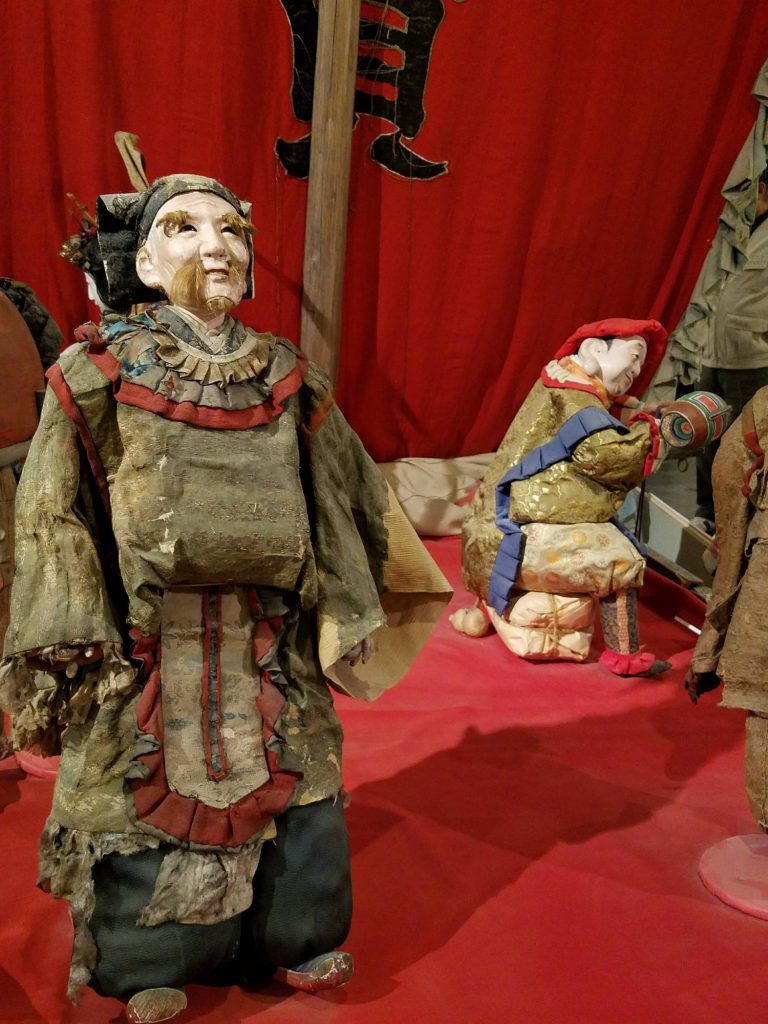 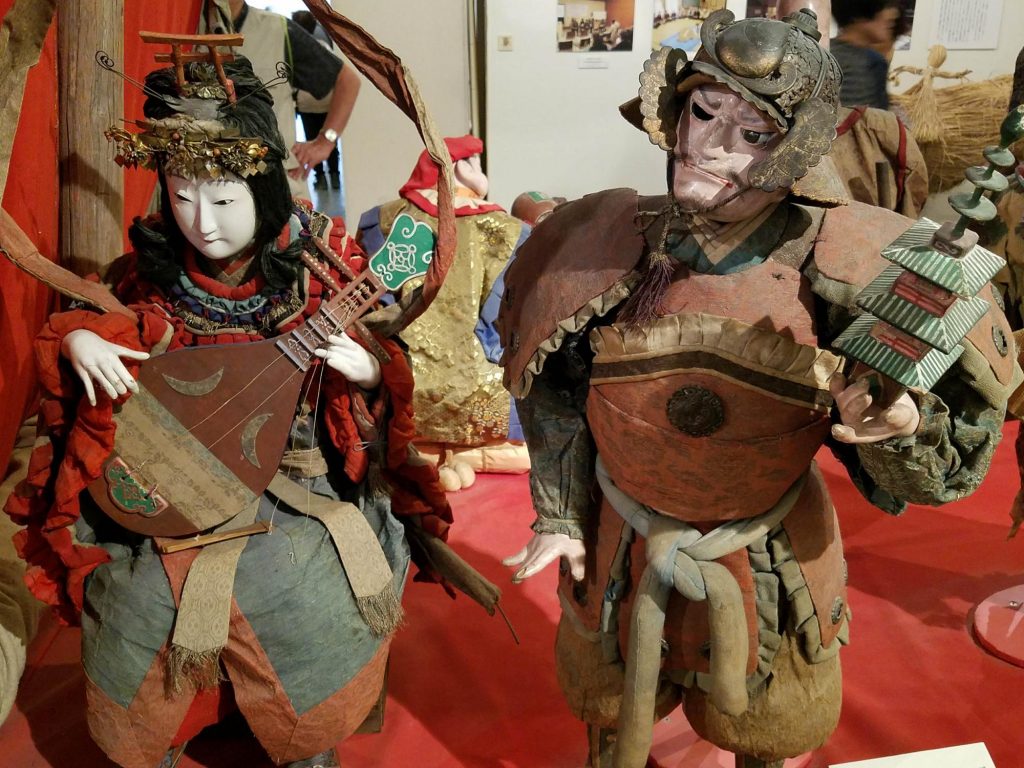 Interested to read more about arts in Japan? Try these posts.