Who Said That Getting Back Into Routine Is Easy?

My husband always teases me because I think in school years instead of calendar years. Perhaps it’s because the Jewish New Year closely coincides with the beginning of school. Or maybe because I’ve been in school so long myself, immediately followed by having kids in school. Whatever the reason, although it’s only August, it feels to me like a new year has just begun.

And what a busy beginning it has been!

Our summer was packed, with lots of traveling, hosting, and family time. But as it drew to an end, the realities of daily life began sinking in. The mess in the house really got to me. The neglect in the garden was overwhelming, too. I just HAD to do something about those before I could even think of getting back to my art!

I started with the house. The kids helped, as I wrote in my previous post. We conquered the mess. I was looking forward to getting back to my fabrics when school starts. It didn’t quite happen that way.

I love gardening, as you might already know. Over the last couple of years, however, I enjoyed sewing more. I’ve been doing minimum garden maintenance, but none of the detailed work that a garden requires. A few months ago, probably as a result of extreme weather conditions, a couple of our trees died. When we got back home from traveling, I realized that a third was on its way out, too. I called a tree-removal company and had these trees removed. This left my garden bare and my flower beds stomped. When the kids went back to school, therefore, I went on a garden clean-up-and-planting frenzy.

A garden, you see, is like a canvas, over which you can paint with plants and flowers. After the trees were removed, I found myself, unexpectedly, with parts of the canvas blank. Worse than blank: Ruined! This bothered me a great deal.

Over the last couple of weeks, therefore, I visited nurseries, scouted plants, bought seedlings and even mail-ordered some. 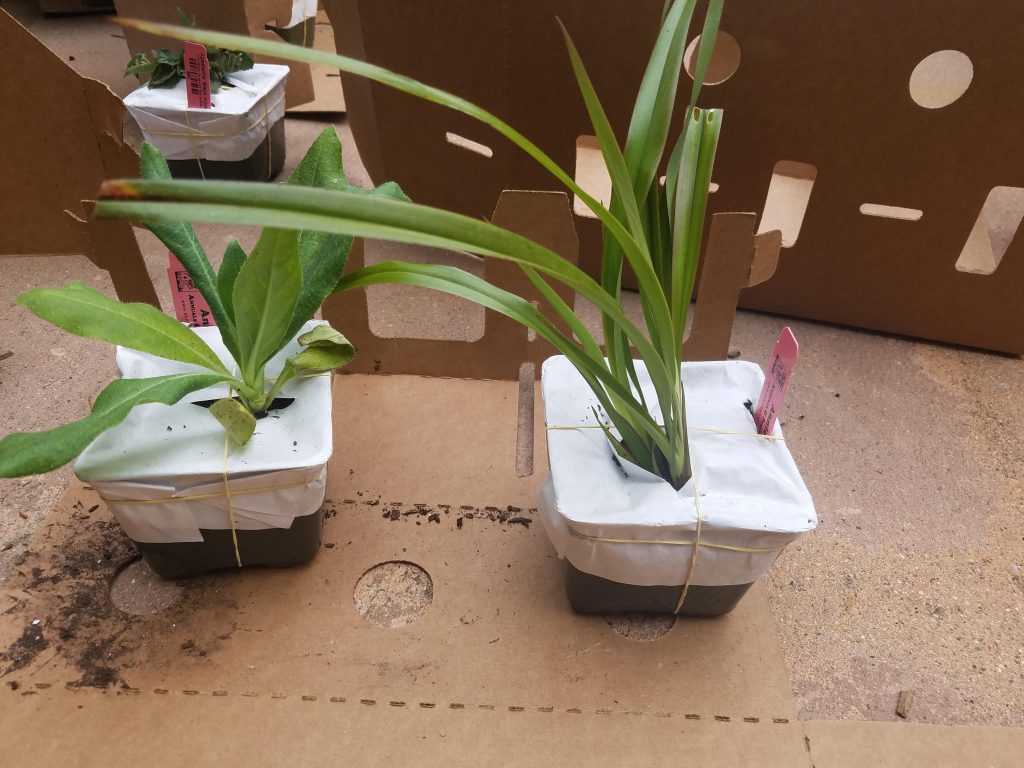 I thought of color schemes, textures, seasonal effects and year-long interest. I worked long days weeding and digging, deep-pruning and planting, moving things around and watering. It was physically exhausting, but felt really good!

Well, if you don’t take the itch into account. Because here is something you might not know about me: I’m allergic to many plants! I need to garden dressed in a hazmat suit (sort of), and even then I itch so badly that I often have to take antihistamines… A small price to pay, though!

I usually try to compost every bit of organic matter that comes out of my garden. There was so much debris this time, however, that I had no choice but to put it in the city composting bins. 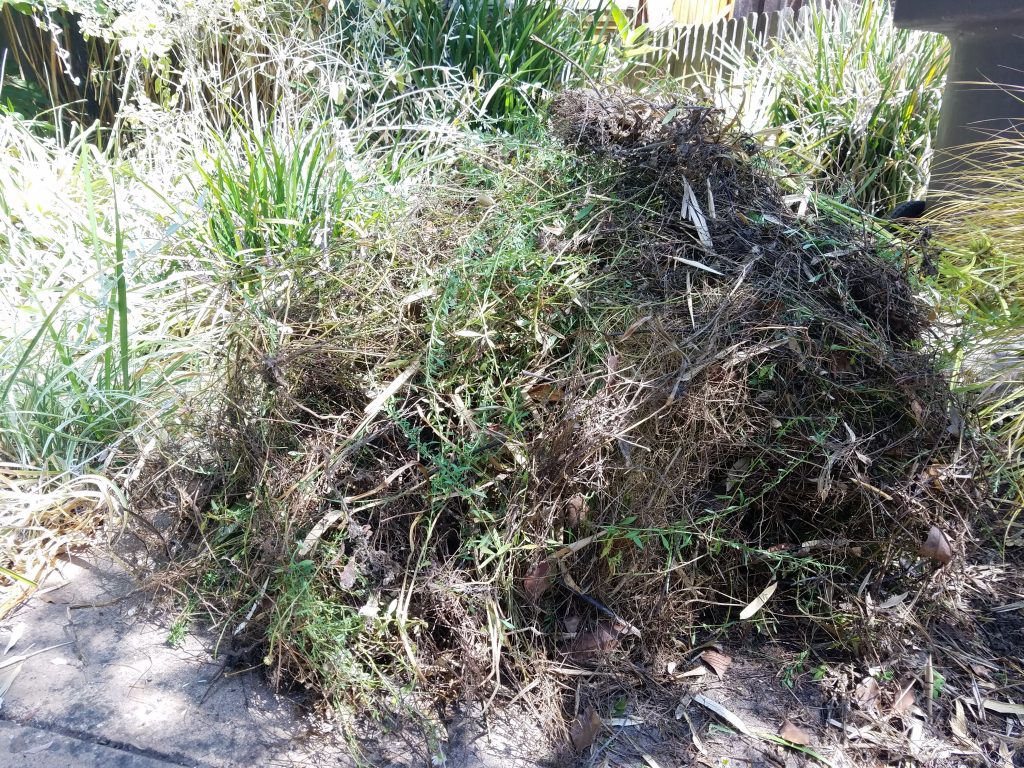 I must have filled eleven or twelve of those in less than three weeks (yes, the neighbors were nice enough to let me use theirs, too!).

I’m not quite done yet, but the garden is in much better shape than it was when I started. Which meant that a couple of days ago I could sneak into my sewing room and immerse myself in textiles! I noticed some pieces I started before the summer break, and am excited about getting back to them… 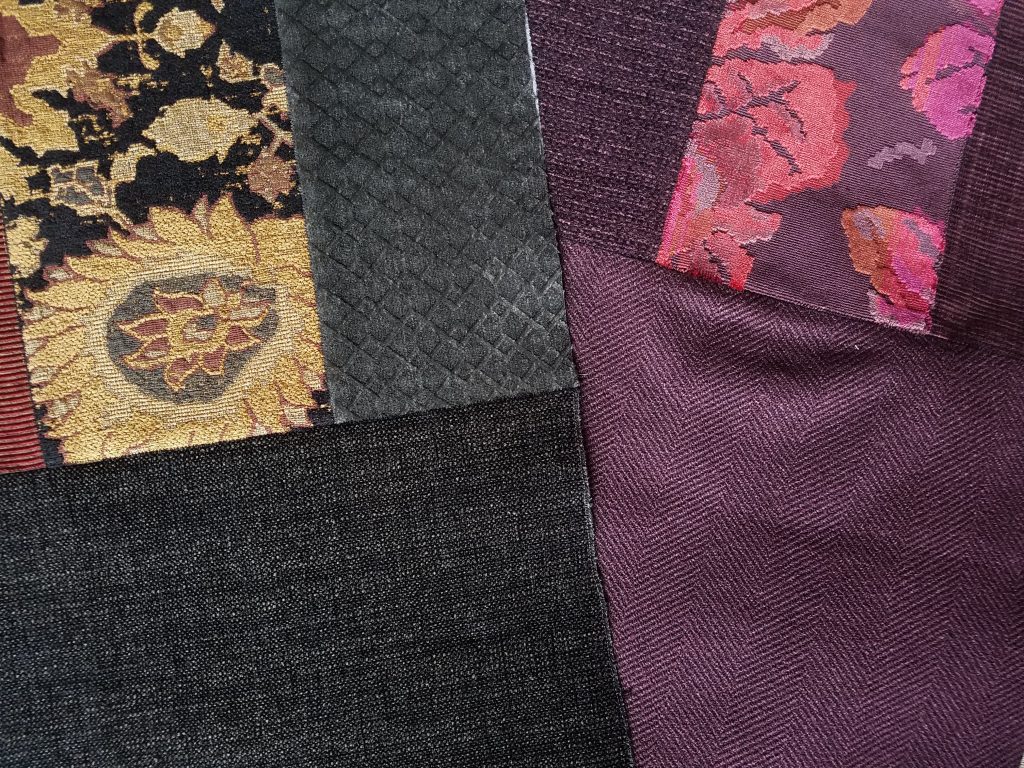 Yesterday, I finally turned my machine back on, for a little while! 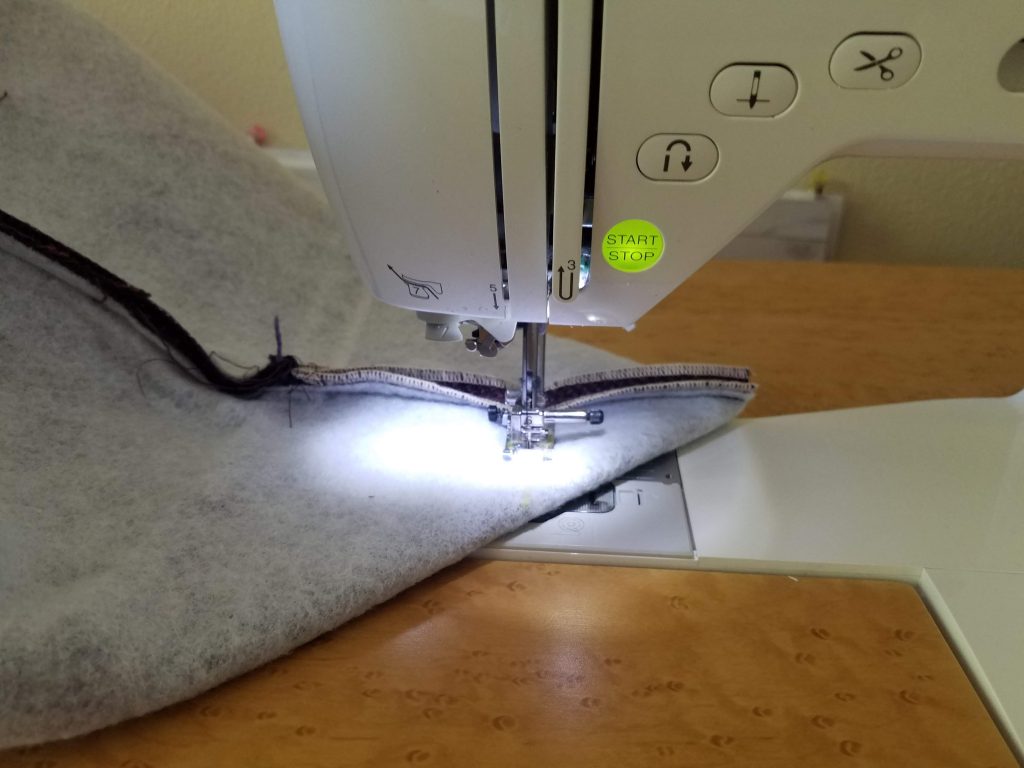 Of course, this is Labor Day Weekend, and there’s already no school on Monday. But I know what I’ll be doing first thing on Tuesday 🙂

I guess getting back into routine just takes time, sometimes…

previousAmbivalent on the Last Day of the Summer Vacation
nextStreet Art in Japan (And It’s Not What You Think!): Japanese Manholes!