A Day in the Great Mayan City of Chichen Itza

One cannot (or rather, should not!) visit Cancun without going to at least one of the Mayan ruins scattered across the Yucatan Peninsula. Hence, on our recent trip to Mexico we forfeited a day at the resort to visit Chichen Itza, a UNESCO World Heritage site that was also declared one of the New Seven Wonders of the World. It was well worth it!

The kids were not happy with the early-morning wake up. I must admit that I, too, would have preferred to sleep a little longer on my one week off. Leaving without breakfast was no fun, either (none of the resturants was open at 6:30 am). And yet, when we arrived at the site around 9:00 am, we immediately regretted not getting up even earlier. Chichen Itza opens to the public at 8:00 am, and by nine there were already quite a lot of tourists. It got significantly more crowded as the day progressed, not to mention increasingly HOT. Going early, it turned out, is a must!

Once inside, the grand scale of the city was truly impressive. Before we had time to take it all in, however, our guide, Luis, immediately rushed us to El Castillo. This is the site’s most famous step pyramid, also known as the Temple of Kukulkan. We walked all around the temple, to see both its stripped back and restored front. Luis urged us to take as many pictures as possible before it got too crowded. 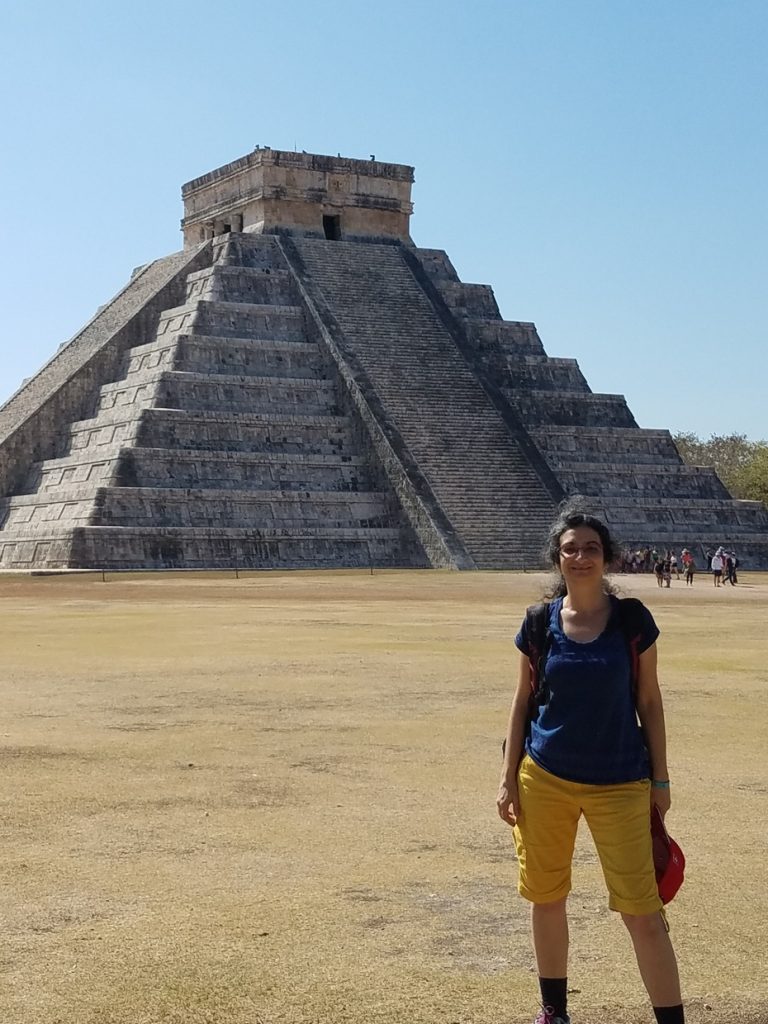 While we were busy posing for pictures, the tour group behind us started clapping. We assumed they were thanking their guide. But when we got close to the same spot, Luis, too, began clapping, and asked us to do the same. 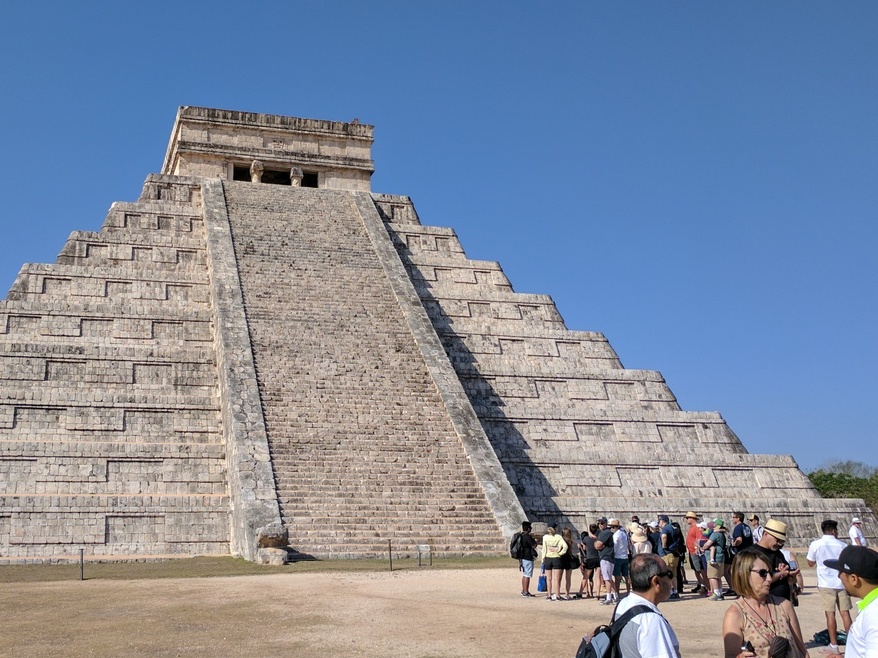 Our clapping resulted in a strange-sounding echo, that is supposedly similar to the sound a snake makes. Kukulkan, you see, was the Serpent God. The ancient architects dedicated this temple to him. There are snake heads on both sides of the long stairs, and during the spring and autumn equinoxes the stairs cast shadows that look like a descending snake. If you squint while looking at the following picture, you might see a hint of this, too: 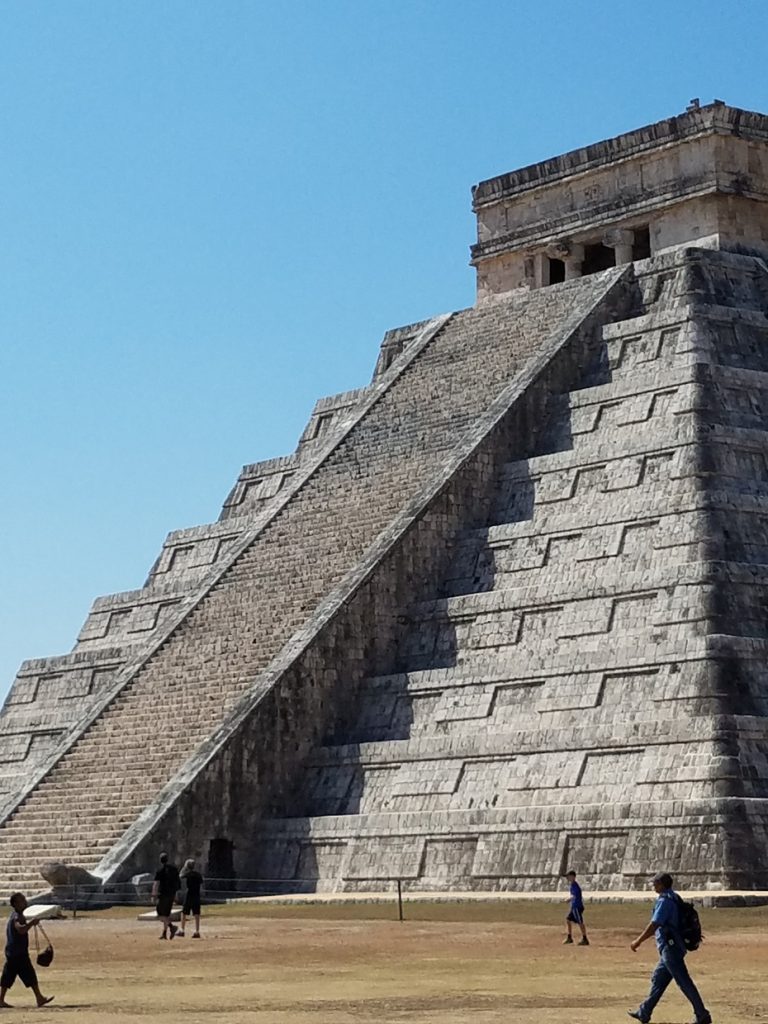 Luis started telling us about the site. He talked rapidly and excitedly, and everything he said was really interesting. Later, however, I realized I wasn’t exactly sure what he had actually just said. It had to do with serpent and jaguar gods, astronomy, equinoxes and lots of human sacrifices.

Next, we went to the ball court. The court at Chichen Itza is the largest in the Americas, and is very impressive indeed. Shaped as a rectangle surrounded by high walls, it featured special seats for dignitaries. Here, too, sound-enhancement seemed to have shaped the architecture: a clap at the end of the court creates an echo that resonates nine times in its middle.

The ball games played here required throwing a rubber ball into one of two stone-ring hoops hung high up on two opposite walls: 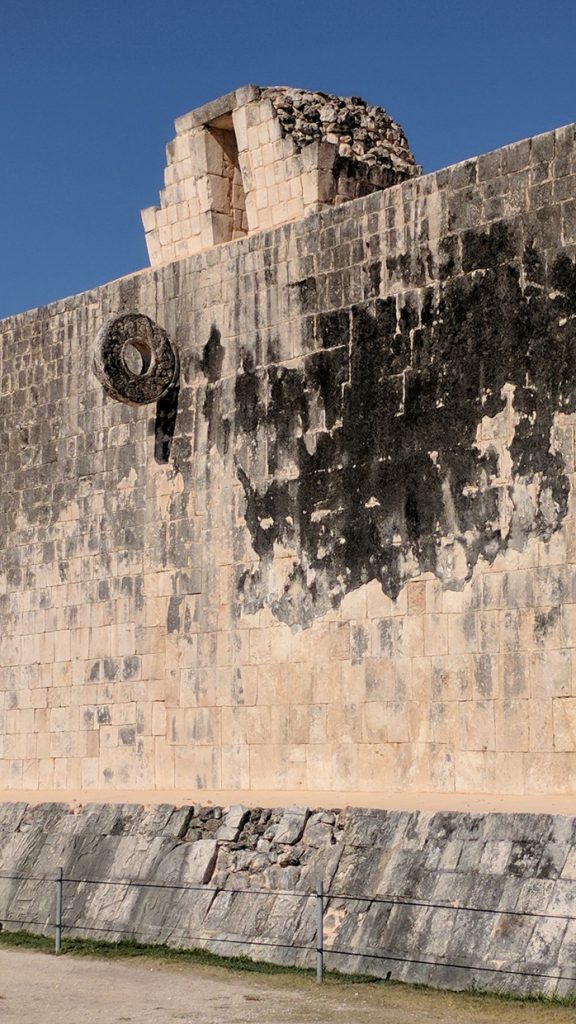 Getting a ball through that little hole must have required quite some skills! Players played for very high stakes: the members of one of the groups ended up paying with their lives. According to our guide, historians cannot agree on whether players on the losing group lost their heads, or those of the group that won.

The city has many other impressive structures. This, for example, is the Temple of the Jaguars. Apparently, all the carvings on the walls, as well as the jaguar sculpture in the middle, were once painted with vivid colors: 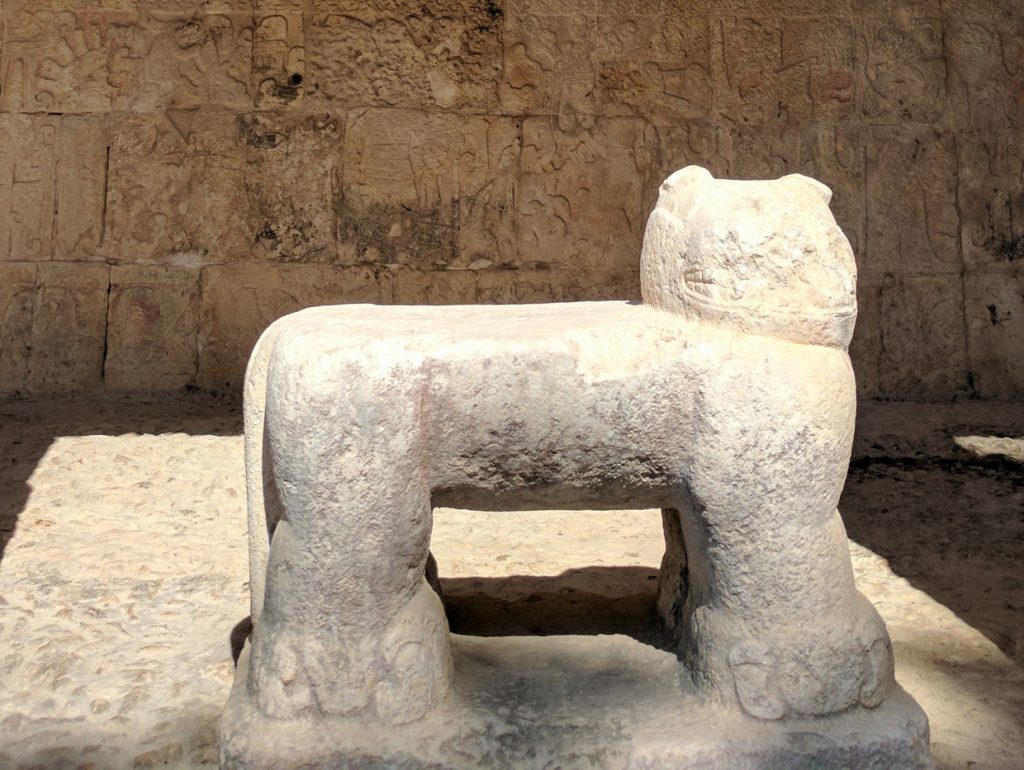 After walking among the main buildings of the site, our guide gave us the option of browsing the souvenir stands or going to a less-visited part of the city. He was somewhat reluctant about the second option, and was visibly unhappy when we chose it. To me, however, that part was the most exciting. It had a far more authentic and wild feel to it, and was a lot less crowded (!!). Walking there felt a little like being in a lost city in an Indiana Jones movie. The architecture, the art and the carvings were truly amazing: 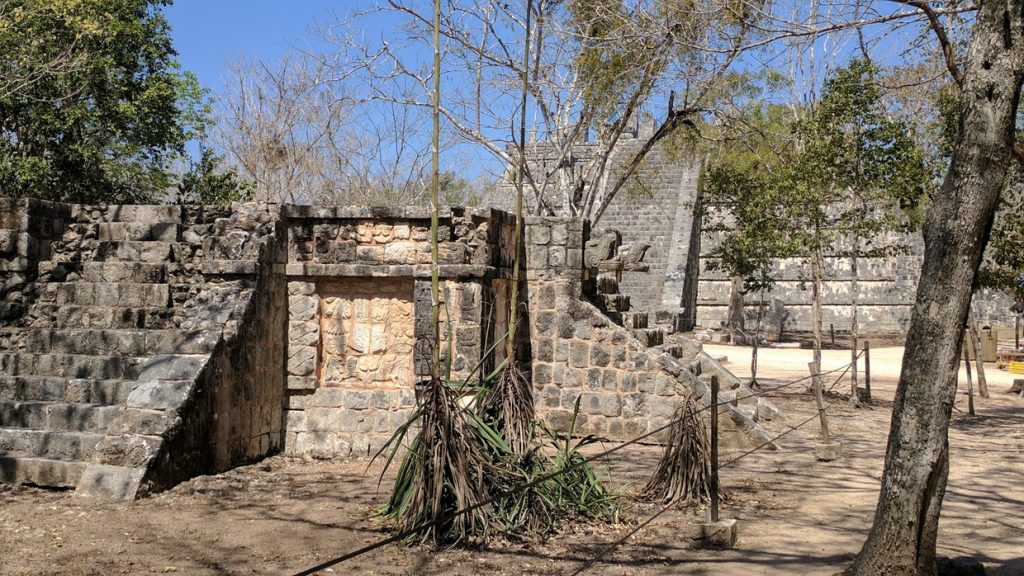 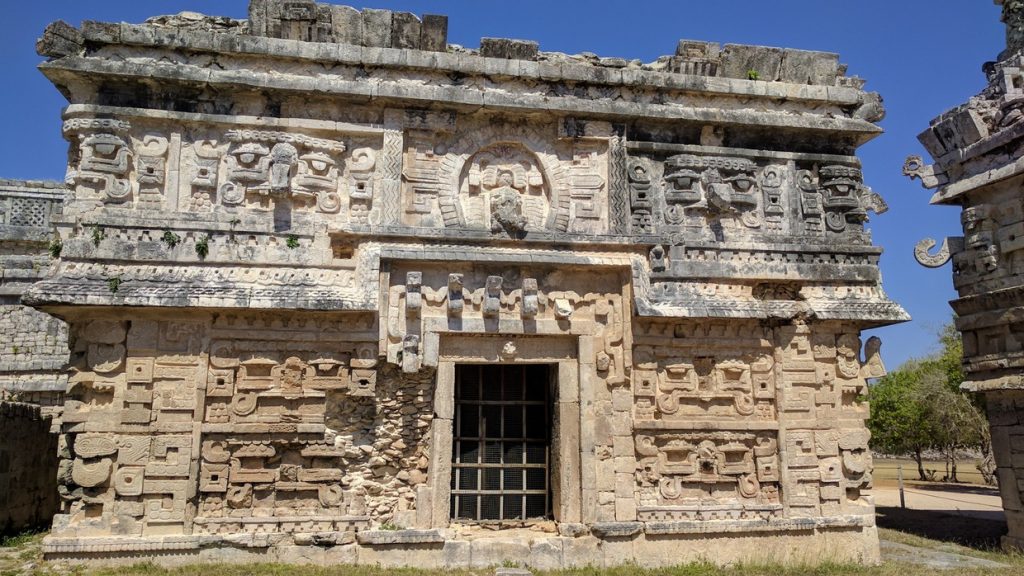 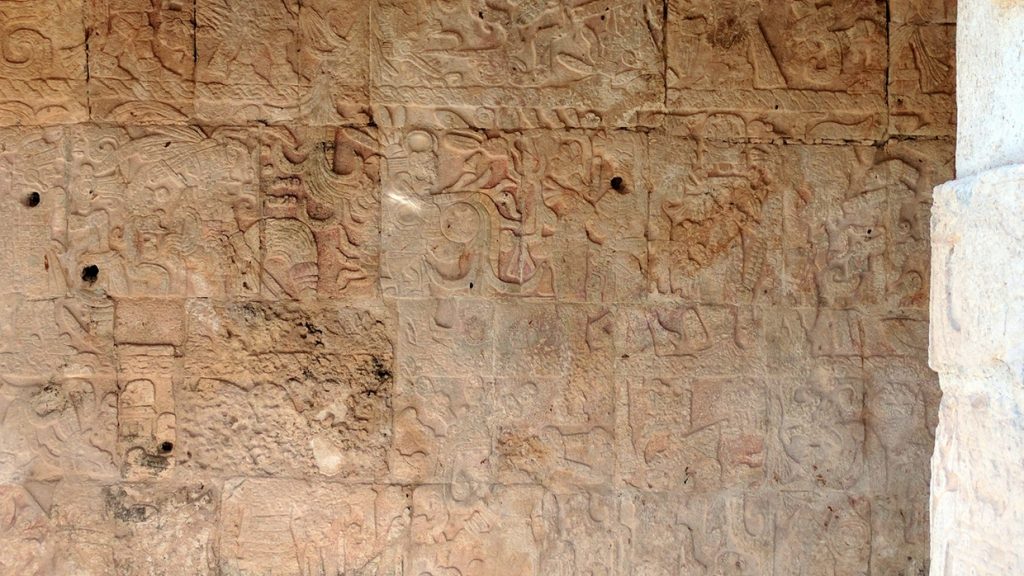 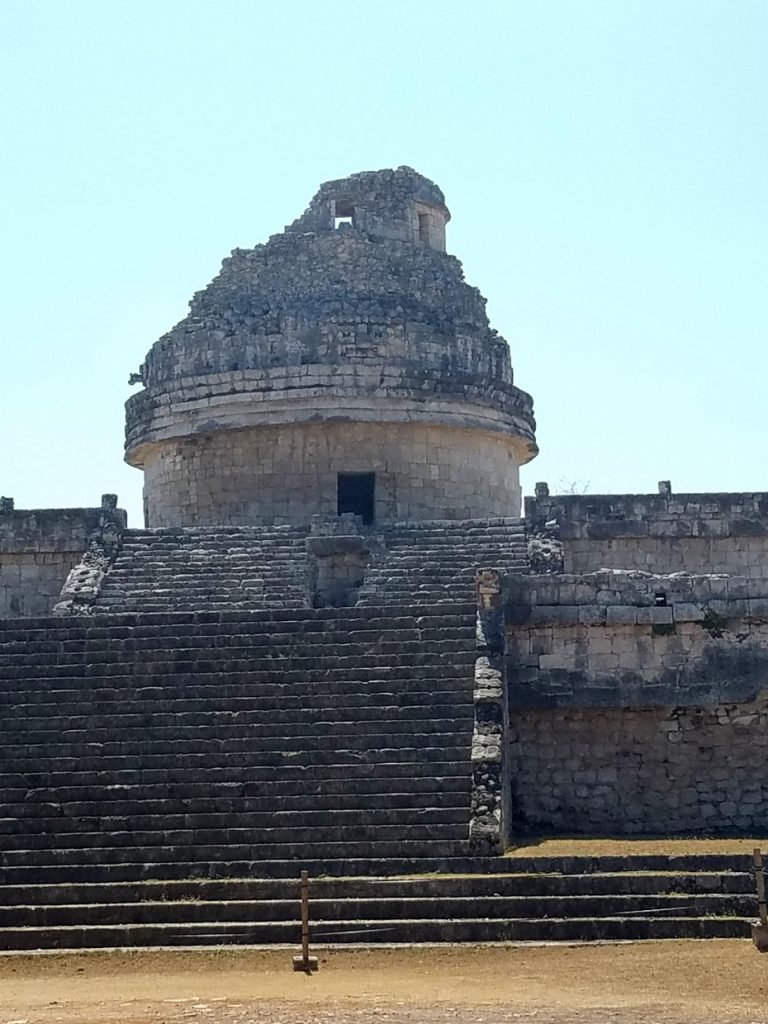 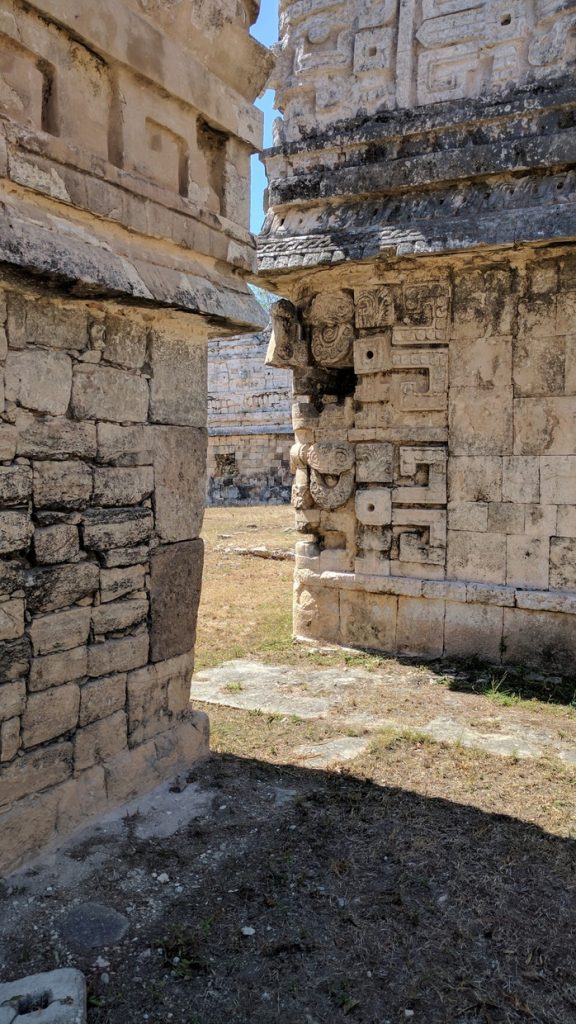 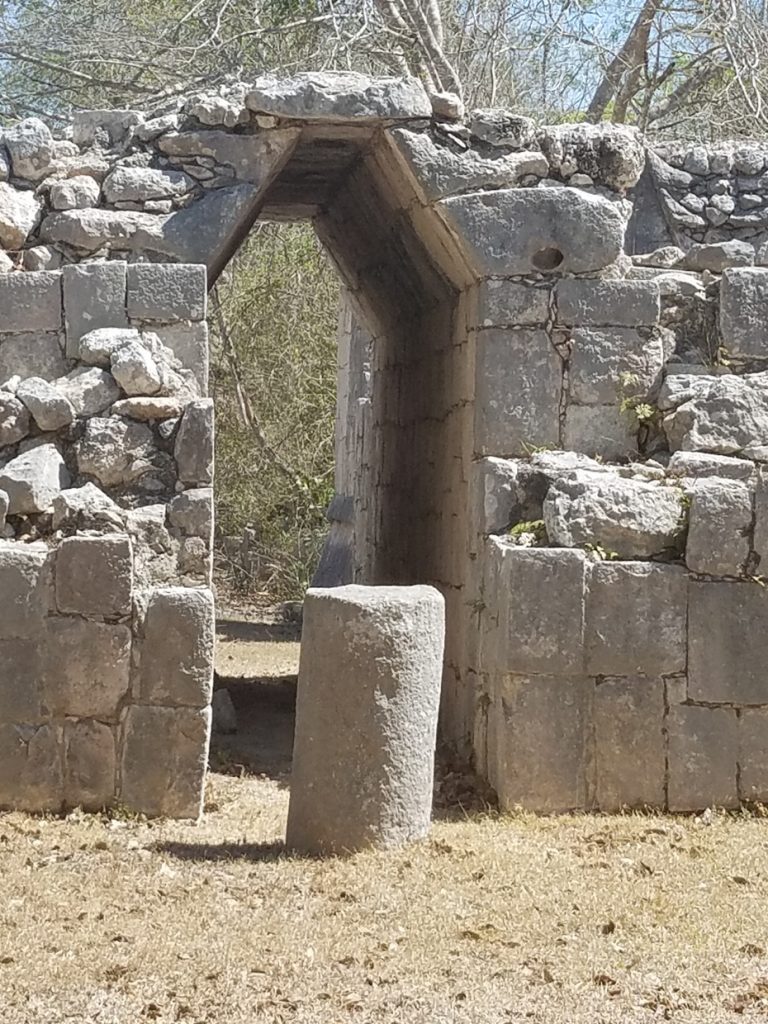 The Mayans had sophisticated art and architecture, into which they incorporated their culture, religion, aesthetics and science (mostly astronomy). Yet, although I studies art history in both high school and college, I never learned anything about Mayan art. Once in Chichen itza, I regretted not knowing more about the culture that left all those incredible artifacts. It only enhanced how Euro-centric our Western culture is… Luckily, there are many resources on the internet, for those curious to know more.

Of course, we couldn’t leave the place without looking at the souvenir booths. Those were a combination of local crafts and a flood of cheap Chinese imports. Sadly, telling one from the other was nearly impossible. Once again I was saddend by the loss of local heritage resulting from globalization. 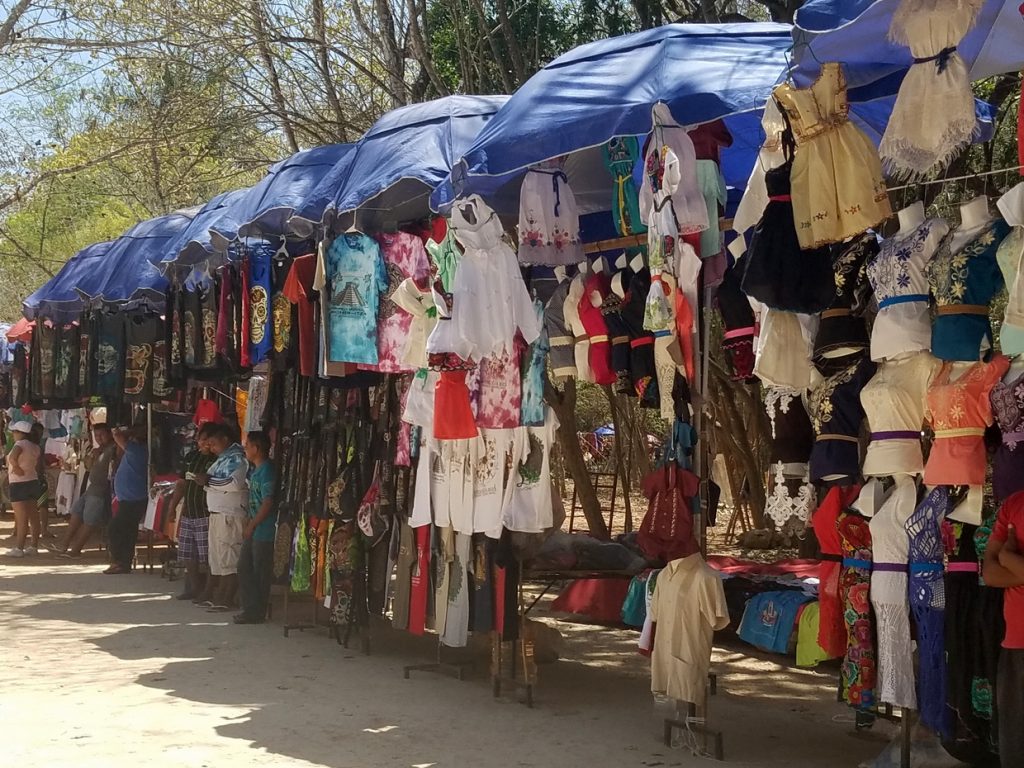 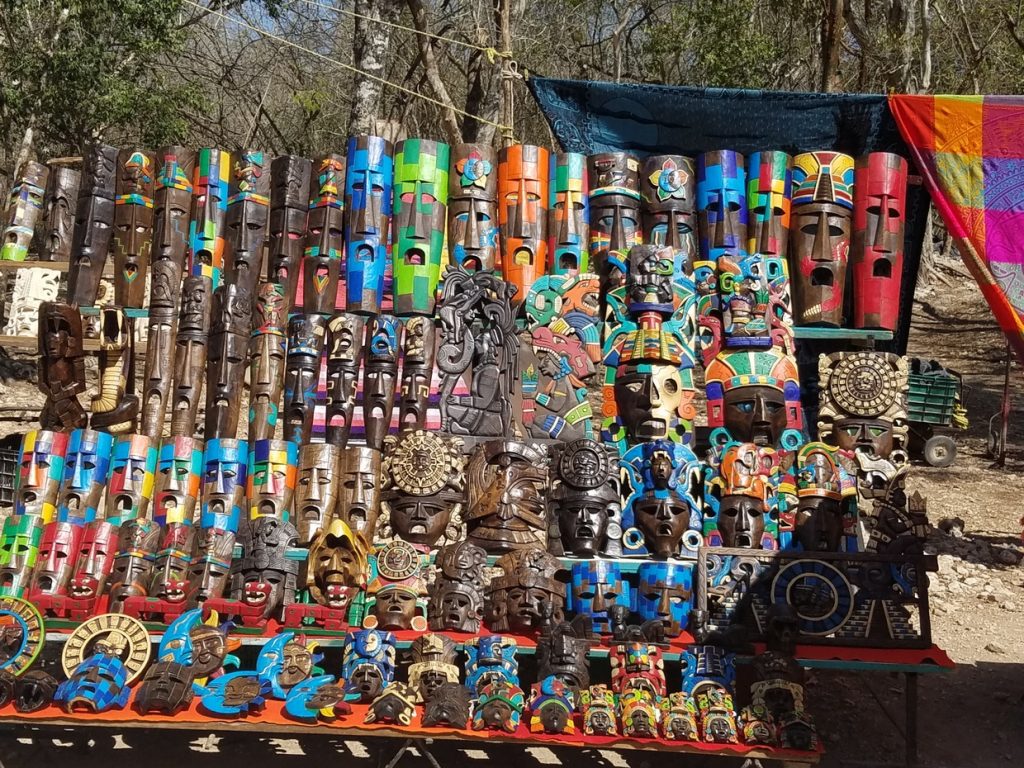