Why I don’t Make Costumes for My Kids

Halloween came and went, and once again I felt the pang of guilt that washes over me every October. Another year had passed, you see, without me sewing unique costumes for my kids. This year I felt guiltier than ever, for over the past twelve months I’ve spent more time than ever hunched over my sewing machine. I sewed many items, but costumes weren’t amongst them.

When I was a kid, my parents set a very high bar. For years they made my siblings’ and my costumes, all ingenious and unique. One memorable year in preschool, for example, they turned me into a dwarf sitting on a mushroom. 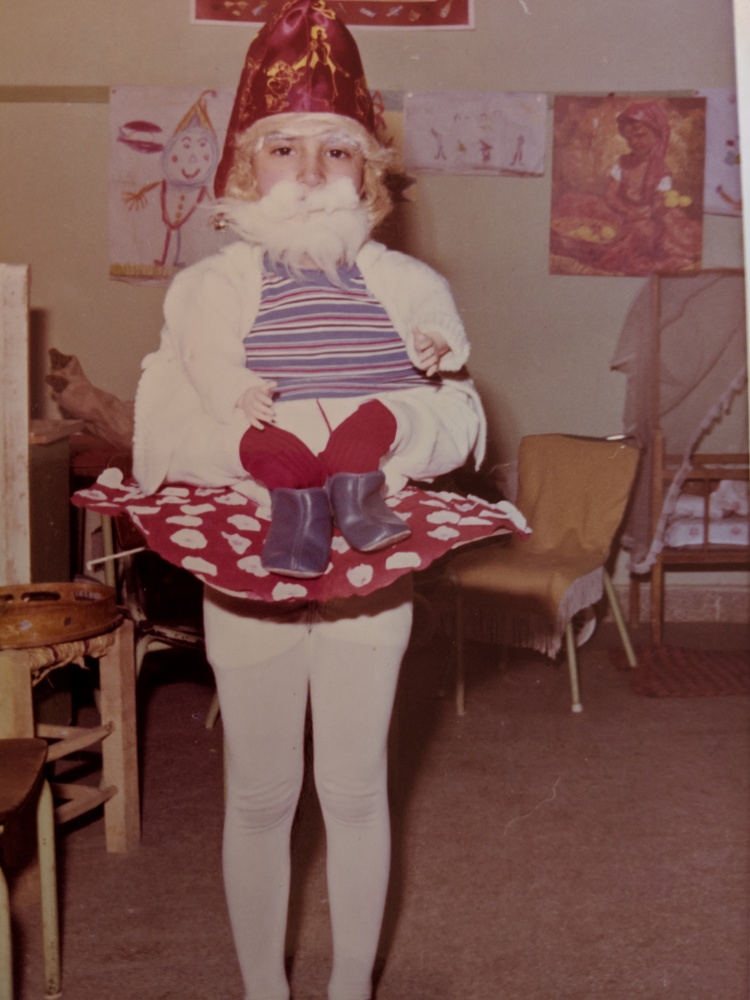 My upper body was the dwarf. Somehow my parents attached a doll’s arms to my shoulders, inserted my arms-turned-dwarf’s-legs into small doll’s pants, and shoved my hands into little shoes. My lower body became the mushroom, with a stiff skirt serving as the mushroom’s top. My own legs, clad in white tights, acted as the mushroom’s stem. I am quite sure the world has never seen such a feat. Another year they dressed my sister as a doll in a box. The pictures of these and other costumes were something we kids kept going back to.

So when I had kids of my own, it only seemed natural to me that I should make their costumes, too. On their first Halloween we even attempted a family costume: my husband, myself and our toddler daughter were black cats, while my second daughter, still a infant, was dressed as a cute white mouse. I assembled the clothes and hand-sewed all our ears and tails. Shopping for the fabrics and accessories, measuring, figuring it all out and stitching took hours. We wore these costumes one evening. For most of that time we wore coats over the costumes, for it was a rainy Halloween, as many Halloweens tend to be. Then they were tossed aside.

A week later, on a visit to Target, my toddler spotted made-in-China rabbit ears that cost less than a dollar. She forced me to buy a pair. She and her sister ended up playing with them for years, until they fell apart.  I learned my lesson right there and then: The kids couldn’t distinguish between handmade costumes that took hours to make, and the cheap, store-bought stuff. They couldn’t care less how much planning or time went into preparing their garb. They were just as happy, if not a little more so, with the flimsy, sparkly Chinese stuff.

To make things worse, it turned out that the main attraction of the holiday wasn’t the costumes at all. What my kids really cared about (and later remembered) were the piles of candy, and the excitement of collecting them. I realized then that my life was plenty busy as it was. That was the end of my costume-making attempts.

Since then my kids have been responsible for putting together their own outfits. They have been deciding what they wanted to be, and have been in charge of making sure they have everything they needed. Sometimes they used things we already had around the house, or costumes from years past. Sometimes they asked me to buy something new. At other times they made the costumes themselves, often together with friends. Every now and then it was a combination of the above. And yes, when necessary I did help make a prop or two, or helped a kid attach one thing to the other. This year, for example, I got away with cutting a simple, Pikachu tail out of yellow felt.

Over the years I noticed how much the kids actually liked being in charge of their own dress-up. They loved planning their own costumes. Making them themselves brought out their best creative energies. Working together with friends on a combined outfit encouraged cooperation, strengthened friendships and sharpened negotiation skills. I realized that leaving this responsibility to the kids was actually good for them.

But while my brain knows that it’s perfectly OK–and even advisable–for me not to interfere with Halloween preparations, my heart still feels guilty. And I still greatly admire super-moms like my sister, who, despite being extremely busy, still find the time (and energy!) to come up with family-themed costumes, and then make them all from scratch. I just realize this doesn’t quite work for me.

Despite being Halloween veterans, my kids are still mostly interested in the loot. They collect mountains and mountains of colorful, cavity-causing sugars, and enjoy sorting, arranging, comparing and exchanging them. 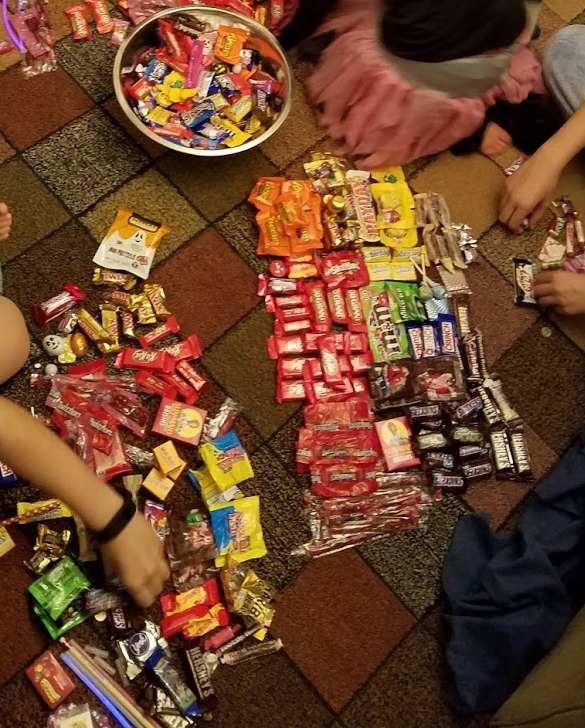