You might already know that I draw much of my inspiration from the textiles I find. When I choose fabrics, I only pick ones that appeal to me. Those include textiles with pleasing colors, interesting designs, and, just as importantly–nice textures. The way a piece of fabric FEELS really matters to me because some fabrics are just … not that nice to handle…

I have a room-full of beautiful textiles (as you probably know if you’ve been following my uphill battles to keep them tidy). I like them all (or most of them, anyway), but every now and then I find a piece that is really extra ordinary. Sometimes I know what to make out of it right away. Other times it sits there, waiting, for months or even years.

This is what happened with these two beautiful pieces I purchased from FabMo over a year ago: 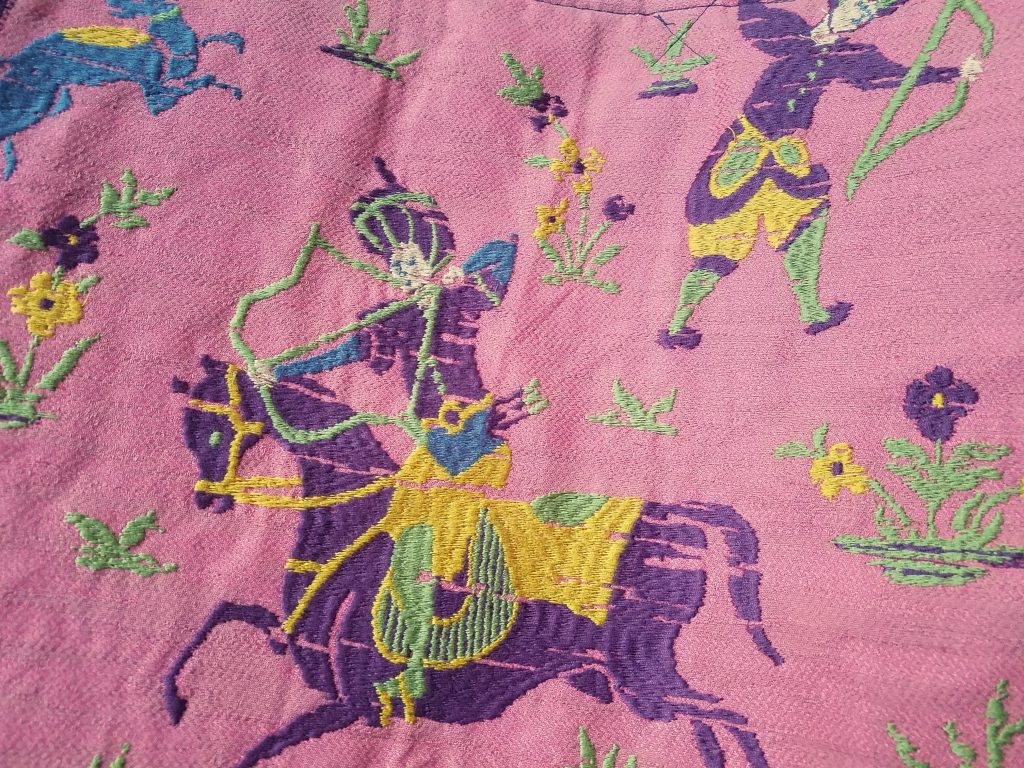 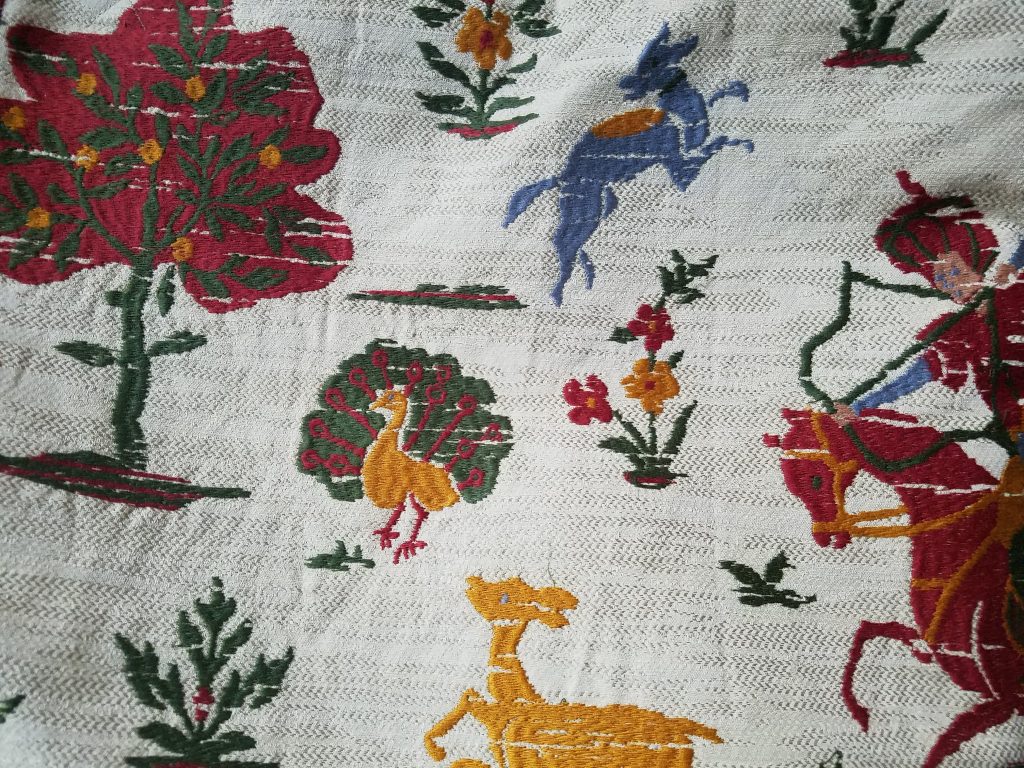 They seemed to have come from the same design line, so I knew I’d have to use them in similar ways, but I just wasn’t quite sure what to use them FOR. They were rather large: 18″ x 18″, had a Persian-art feel, and told the story of a hunt. As a vegetarian, I’m not a supporter of hunts, but as a historian I am just a sucker for stories… And I could still appreciate the aesthetics of the fabric…

So there they sat, in one of my piles, waiting patiently. Until I re-tidied my fabric cabinet last week, and re-discovered them once more. This time I had just spent a week sewing totes.  When I saw them again I just knew that the only way to show their true beauty would be by making them, too, into totes.

I didn’t have the heart to cut them up, though, because that would have cut parts of the story off. So I set out to sew the biggest totes I have ever made.

I first found complimenting fabrics to frame them with: 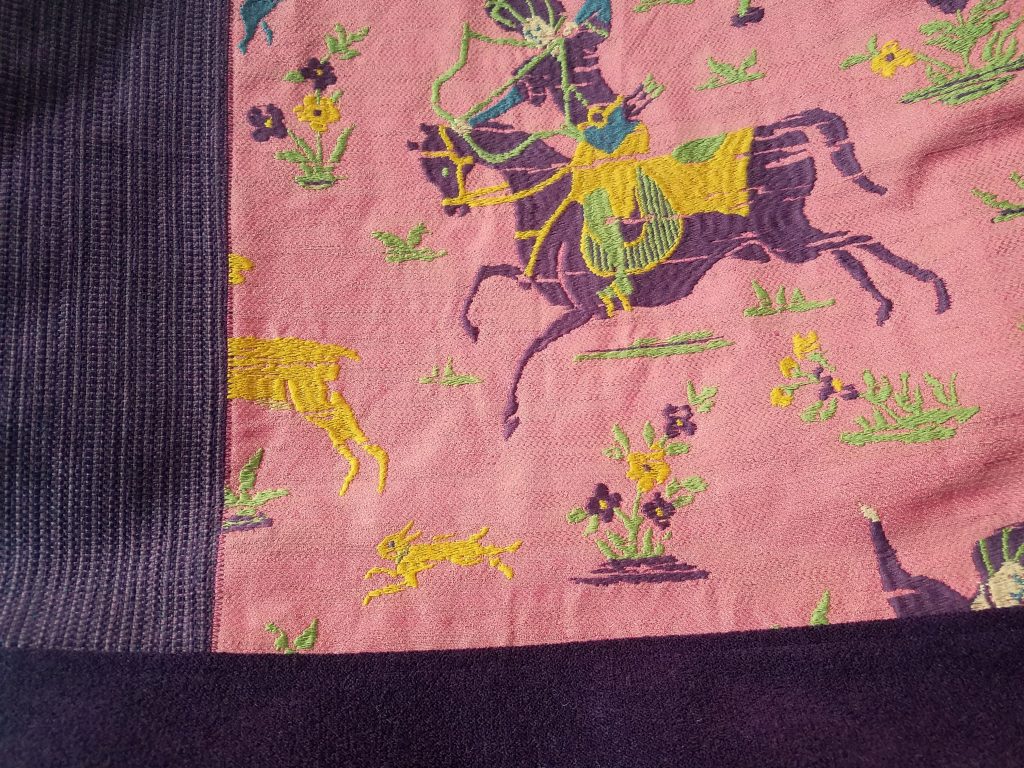 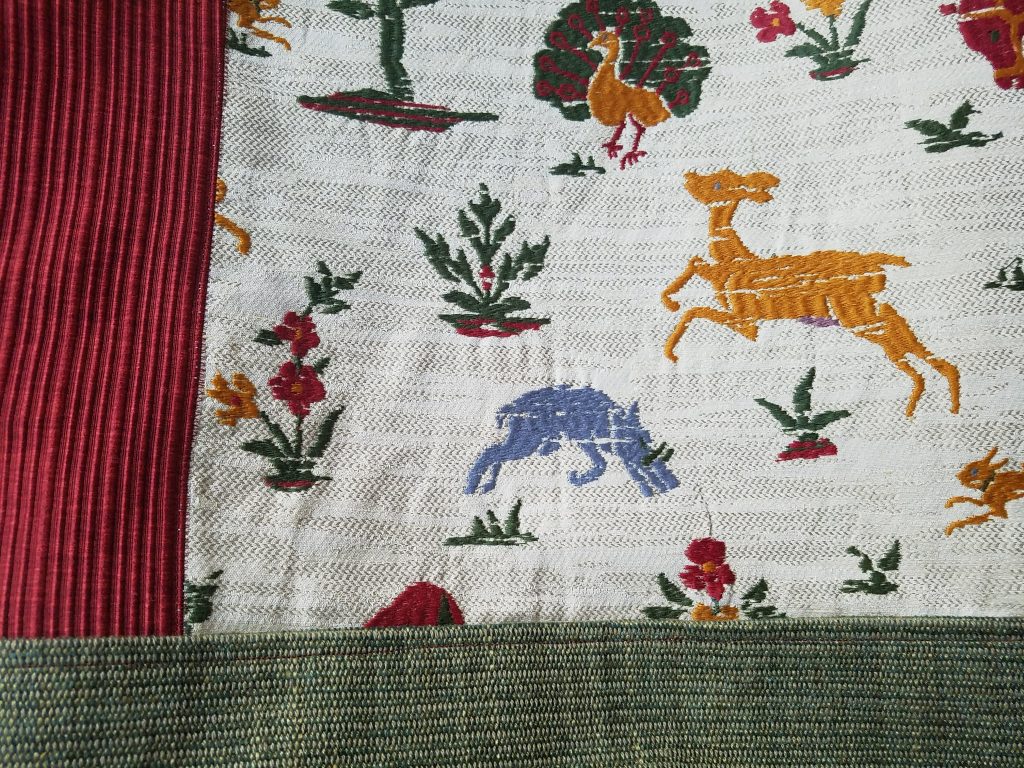 Then made sure the back would compliment the front: 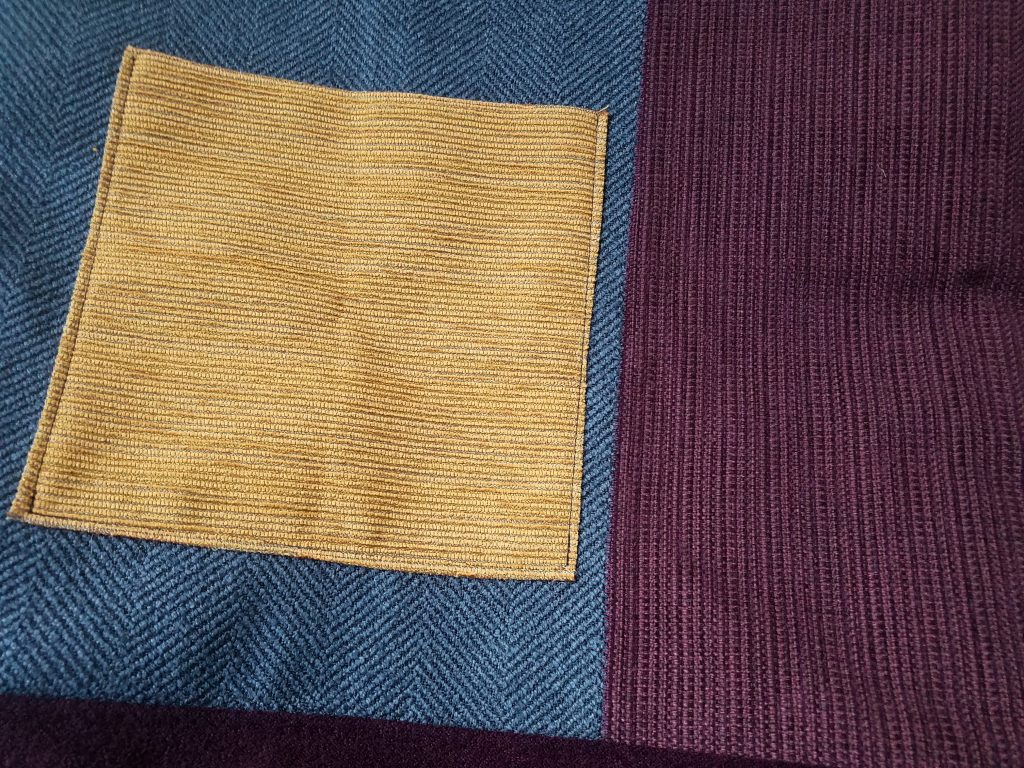 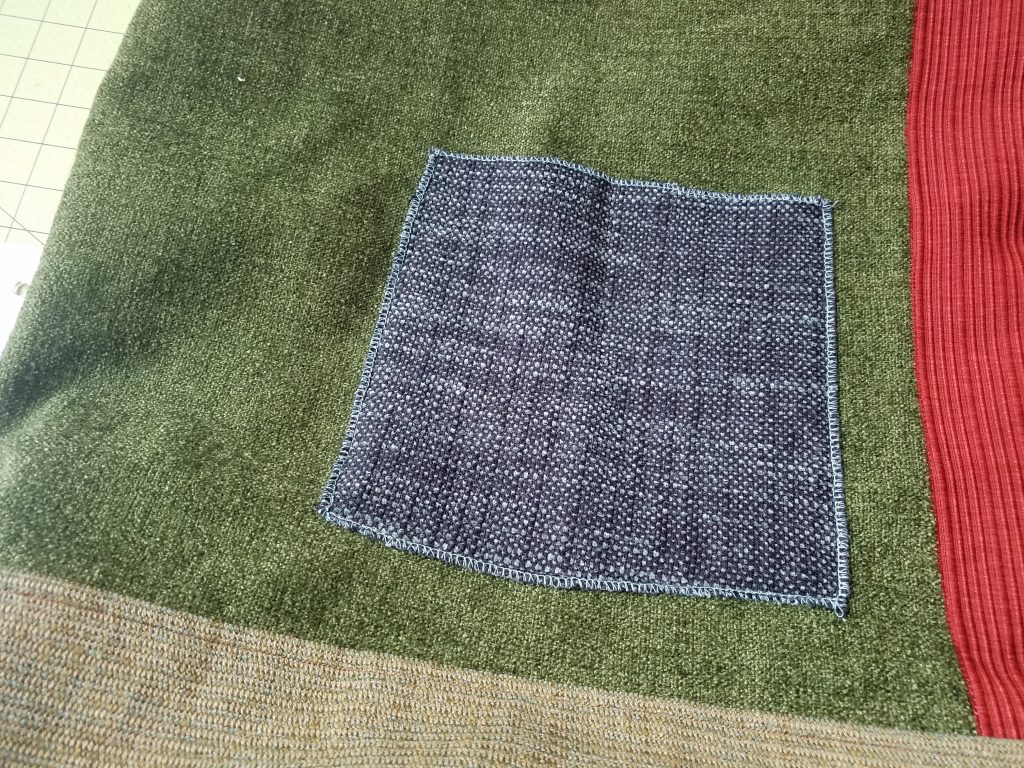 I found matching linings in solid colors that would not compete with the center-pieces, and made sure to put in many pockets, thinking that whoever needs such big bags could probably use the pockets to organize their things in.

People have been asking me to add zippers as tote closures, so I did that with the first tote: 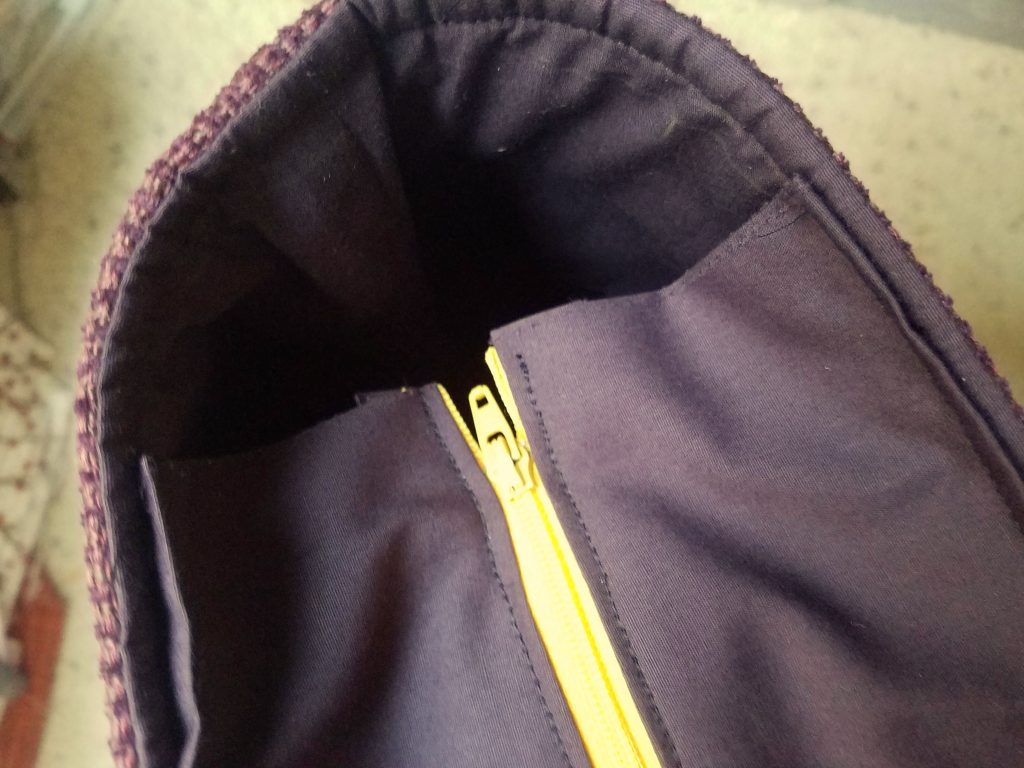 But the zipper didn’t allow the tote to fully open. Also, I found it made the inside, already pretty deep, look rather dark: 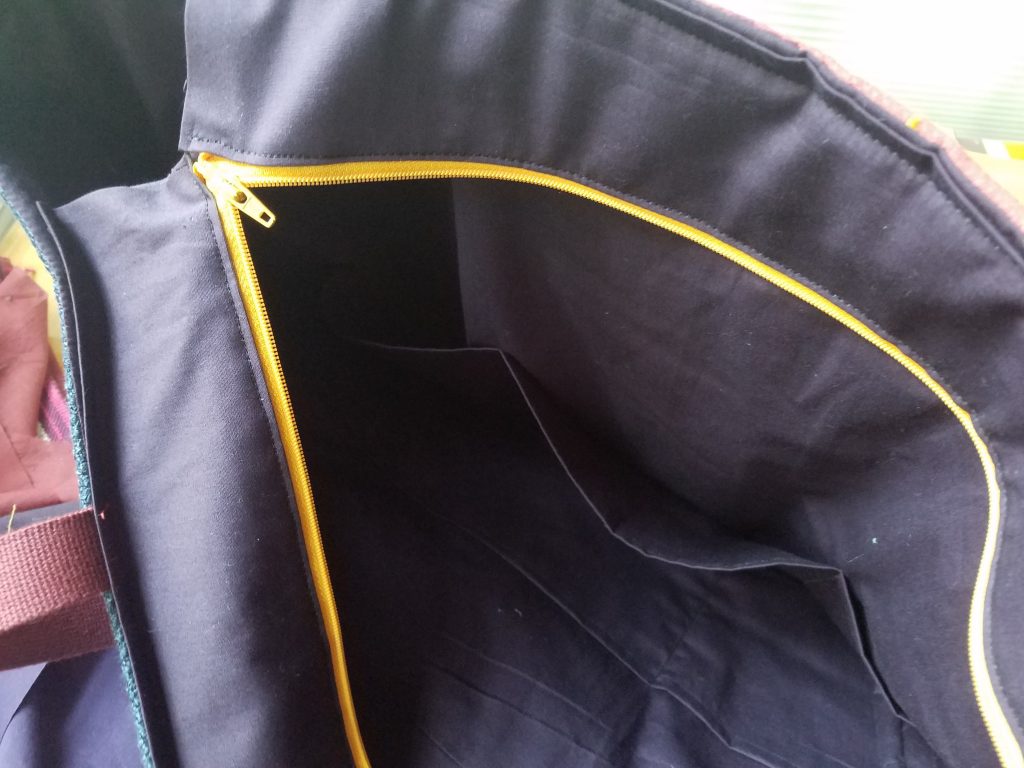 And so, even though I already made a top zipper for the second tote, I decided to leave it off, for now: 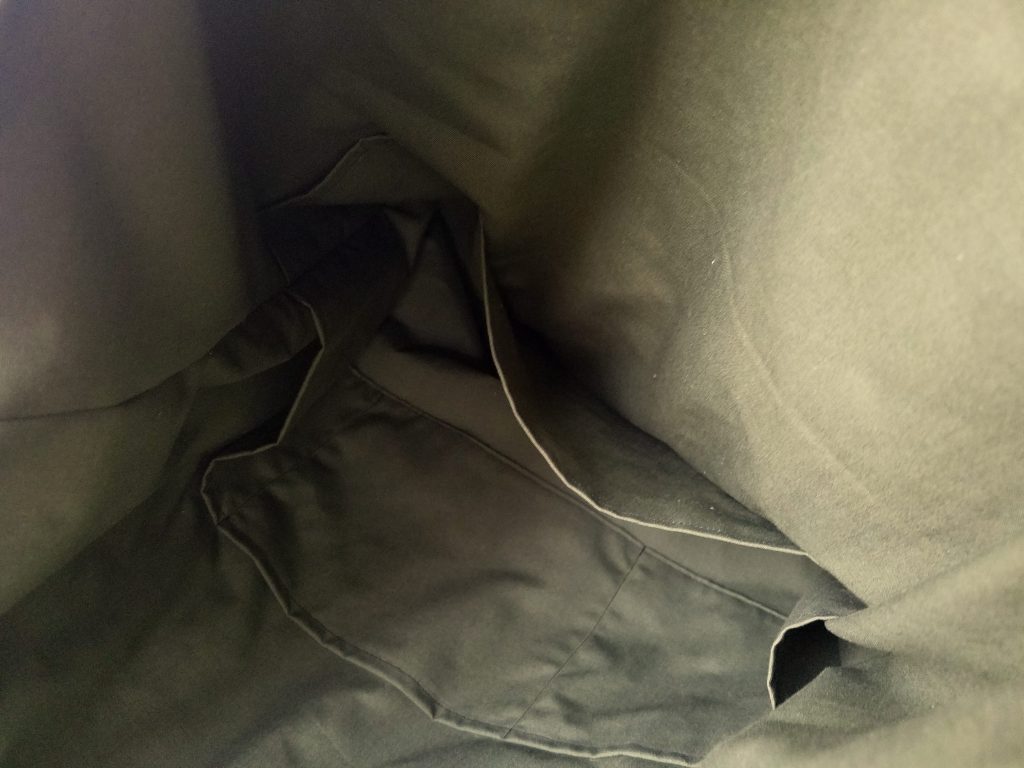 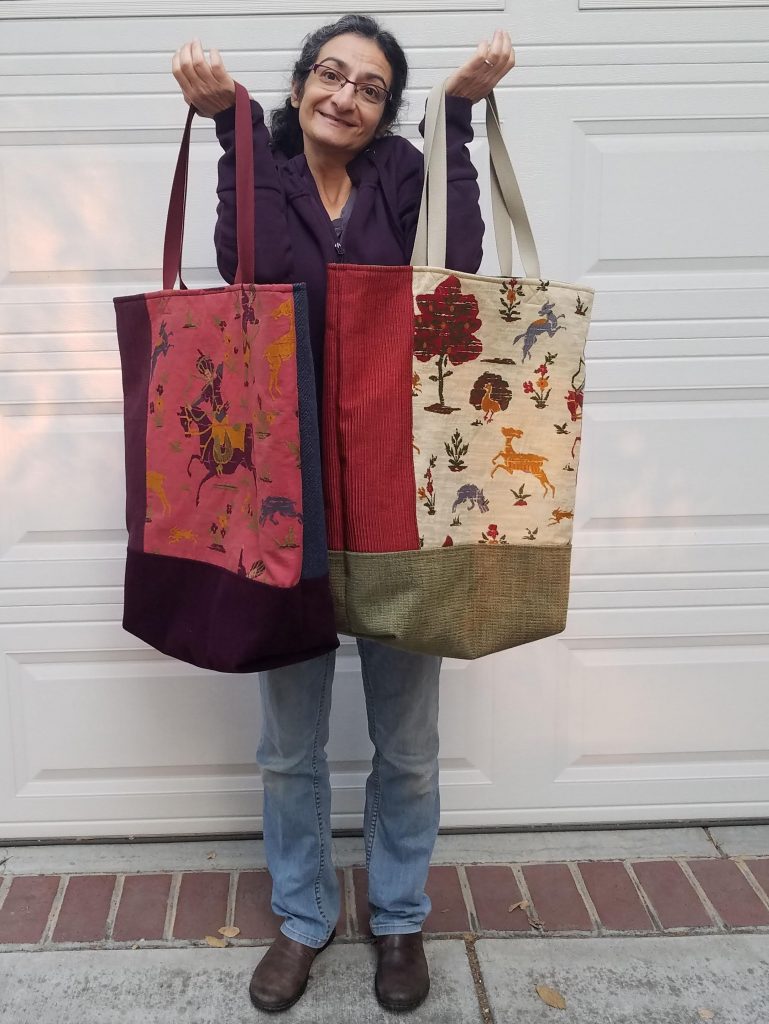 They will be great for people who need oversized totes. Whether such people will come to my next craft show remains to be seen 🙂