Why Everyone Should Consider Hosting an Exchange Student

At the beginning of this school year my daughter’s high school sent a school-wide email, asking families to volunteer to host an exchange student from Japan for one week in March. We thought this sounded like fun and signed up. In August, March seemed a long way off. Yet, it snuck upon us before we knew it. Our international exchange student arrived last week, and yesterday we sent her off in a cloud of hugs and tears.

Despite the language barriers, cultural differences and early-morning drop-offs I would encourage all families to consider hosting an exchange student. Here’s why:

1. Hosting a student will provide a great motivation to tidy up your house. Unlike visiting friends or family, an exchange student is a stranger who will be a part of your family for a short period of time. While you might tolerate some mess with close people around, you will probably feel a lot less comfortable doing so with a stranger.

A fellow host mother I met at school the night the students arrived told me she’s been scrubbing her house for two weeks straight. I didn’t go to such extremes, but I did clear all of my projects out of my sewing room, a week-long endeavor. My family and I returned the sewing room to its original manifestation as a guest room, and meticulously cleaned it up. I suddenly remembered how beautiful it could be. The kids, on their part, were amazed by how big it looked. And so, like in the story of the Rabbi and the Goat, we all felt as if we had more space in the house: 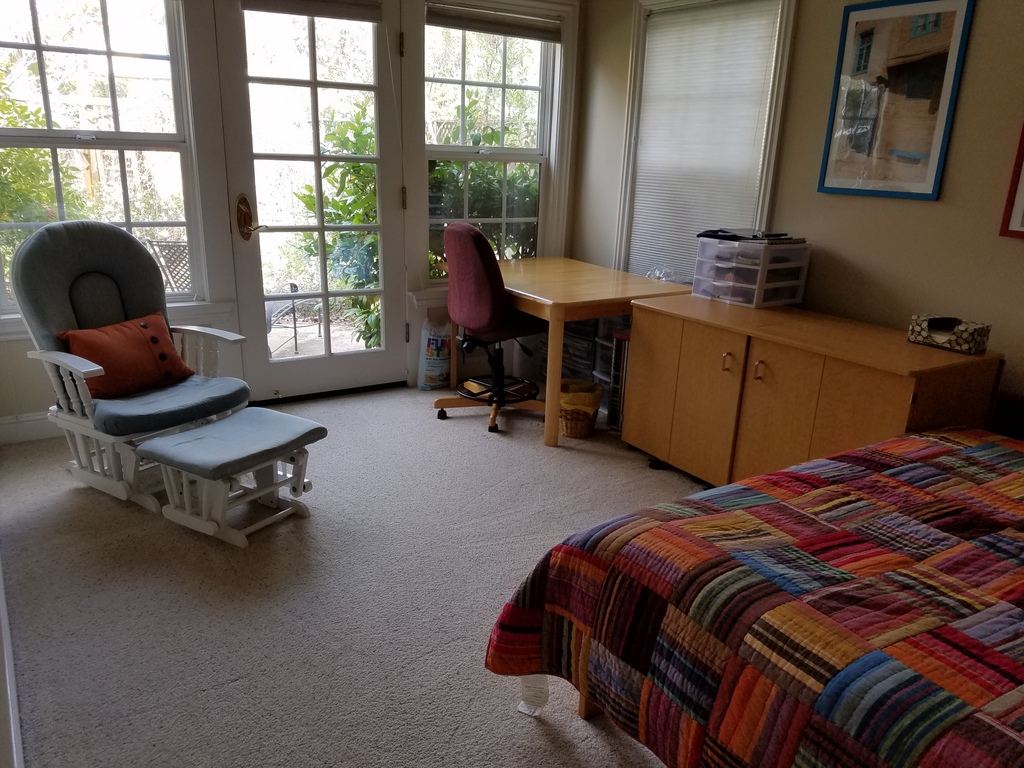 2. You will appreciate other people’s courage. When our exchange student arrived, I was impressed with how courageous she and her classmates were. These young teenagers left their homes and everything familiar, to travel to a faraway country, with a different language, different customs, and different foods. They did come as a group, true, with teacher escorts, but shortly upon arrival they were paired up with their host families, and driven off, each alone with a bunch of strangers, into the dark and the unknown… I’m sure they were all quite nervous at that point. I, too, traveled alone to faraway lands, but I was a lot older. My own experiences helped me respect my young guest’s bravery.

3. For a short period of time, you will gain one more child. I’ve always been curious as to what it feels like to have four children. This week gave me some idea 🙂 It was interesting to see how fast mothering instincts take over when you suddenly become responsible for a child. When our exchange student arrived, I immediately wanted to feed her, make sure she’s warm, and take care of her in other ways. Somehow, it seems, by caring for other people you make them your own.

4. Your children will learn that the basic fundamentals of humanity cross all cultural and linguistic barriers. My daughter and my Japanese daughter had some difficulty communicating, but they quickly found ways to connect despite their differences. The two girls traveled on school tours together and had a lot of fun. They attended classes together, and learned a little about how schools in their respective countries compared. The girls taught each other some basic words in their own languages. They bonded over a shared love for everything Harry Potter, and spent a few evenings watching the movies together. And they realized that their mutual passion for piano-playing and music erases all differences. Our Japanese child turned out to be a piano genius, and we all greatly enjoyed hearing her play. 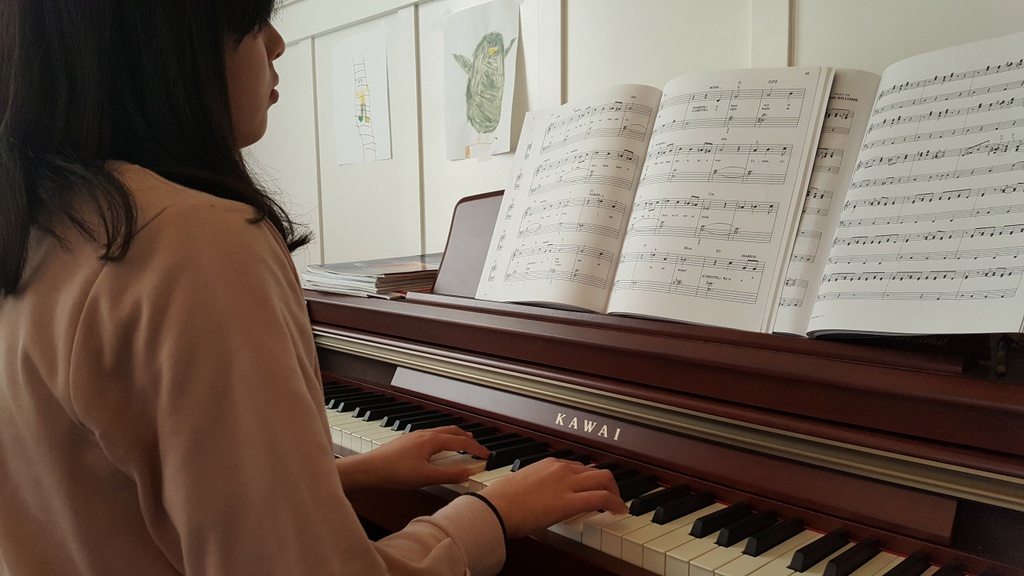 5. You will get to see your surroundings with fresh eyes. Our entire family took pleasure in introducing our guest to our world. We soon realized how refreshing it was to see things through her eyes. When we took her to visit places we took for granted, these familiar spots suddenly seemed a lot more interesting and exciting. A nearby office building revealed itself to be a fun playground. Our downtown appeared as an exciting, opportunity-filled hub. Even our familiar neighborhood trail all of a sudden seemed amazing, covered as it was with spring blooms. 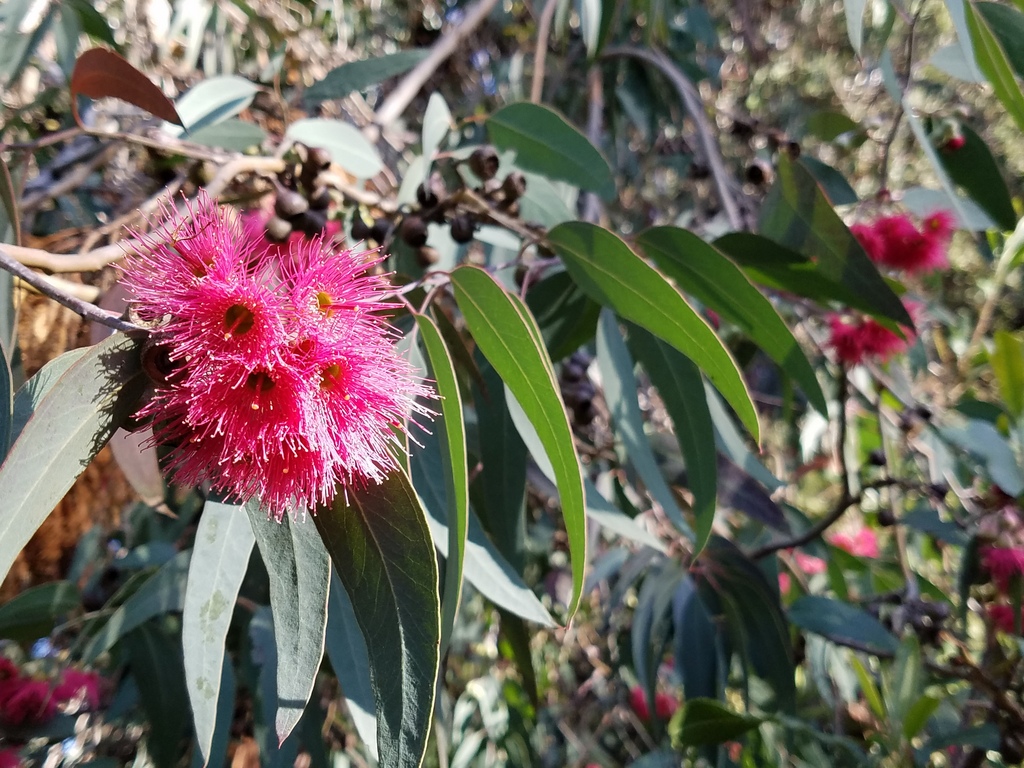 6. Mundane, everyday activities will become more appealing. Making dinner, for example, can often feel like a chore. But if you’re teaching someone from another country to make a dish that is new to them, it no longer feels this way. We taught our guest to make pizza from scratch, for example. Preparing the dough felt more special when done together, and putting toppings on personal pies became an activity that all the kids enjoyed. 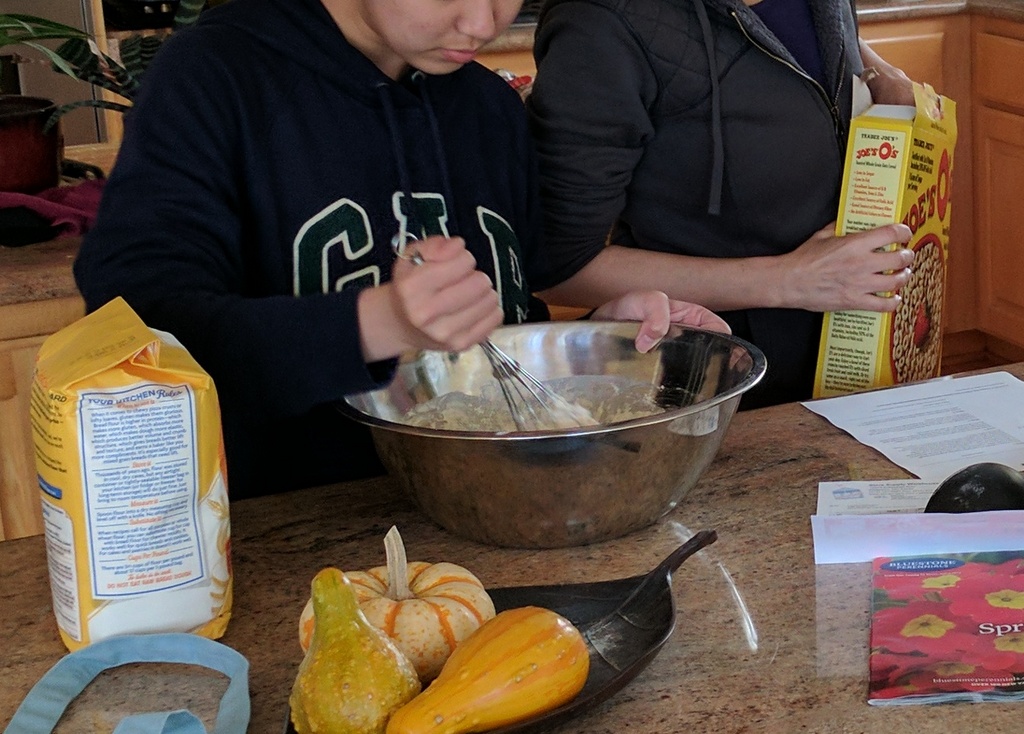 7. Family dinners might become a bit more nutritious. It’s not always easy, with everyone’s busy schedules, to make room for daily dinner preparations. And although I really try to cook a fresh meal every day, and to make sure it’s as nutritious and healthy as could be, I sometimes find myself slacking. I also tend to get in a rut, repeating the same five or six dishes over and over again. But when our guest was here I found myself thinking about dinner more. Suddenly I wanted to make something different every night, so that she could taste a variety of new foods. I also made sure to include several dishes in every meal, to give her options in case something wasn’t appealing.

8. You will become more conscious of what you eat. We enjoyed introducing our Japanese child to different foods. By doing so we realized just how international our daily cuisine actually was! We had Italian food one day, Mediterranean goods the next, some European dishes another time, and then some Mexican cuisine. This is how it usually is, except we we haven’t paid attention before!

9. You will realize that sharing a meal connects people. There is something very basic in eating together. Food bridges gaps and creates bonds. 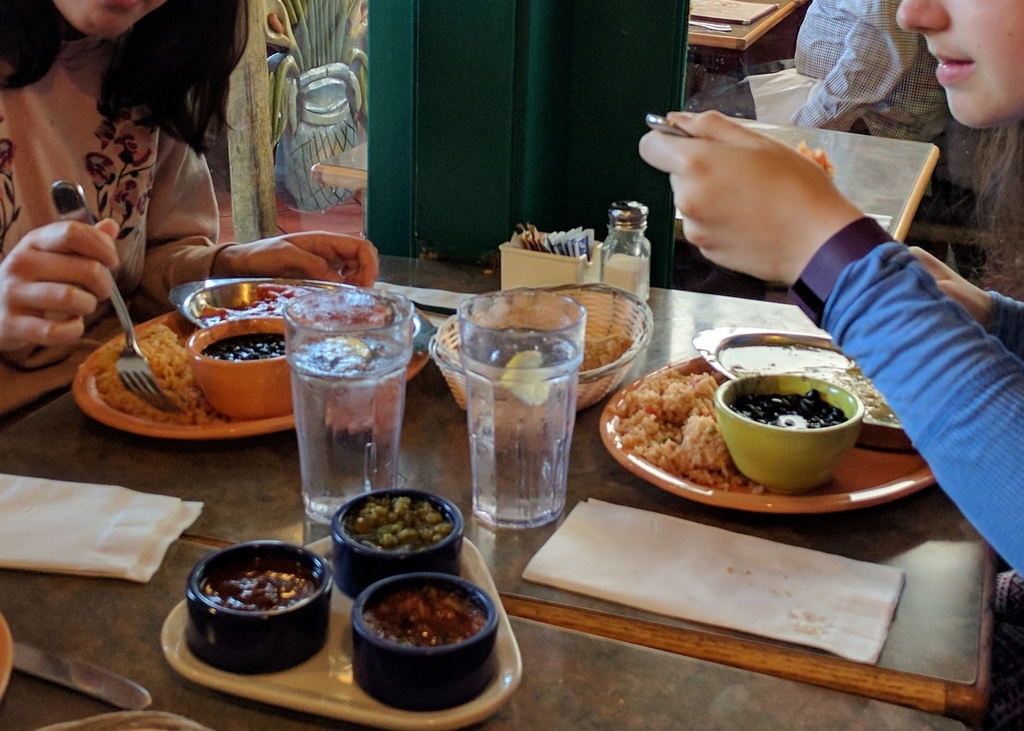 10. Everyone will learn that giving unconditionally feels good. Giving gifts is an important part of Japanese culture. In the school’s parent orientation we were told to expect to receive gifts, as well as be prepared to give presents. But while it was really nice to get Japanese tea or origami paper, we all found that buying and gifting our own gifts felt even better. My kids excitedly thought of what things to buy our guest, and aimed at items she might really like and use. They enjoyed wrapping everything nicely, and derived great pleasure from handing them over. Making another human being happy was all the reward they needed.

11. A nice bonus: kids tend to fight less when a new person is around. I got one week or relatively-few quarrels. Priceless!

12. Everyone will have lasting memories. Experiences, not material things, are what happiness is based on, or so researchers say. By hosting a child from abroad for one week we created memories for everyone that will last a lifetime. We forever became a part of someone else’s life, and she became a part of ours.

Our week of hosting was over in a flash. As expected, it was hard to say goodbye. We are hoping to someday get a chance to see our exchange daughter again, but even if not, her stay with us has made the world a little bit smaller. 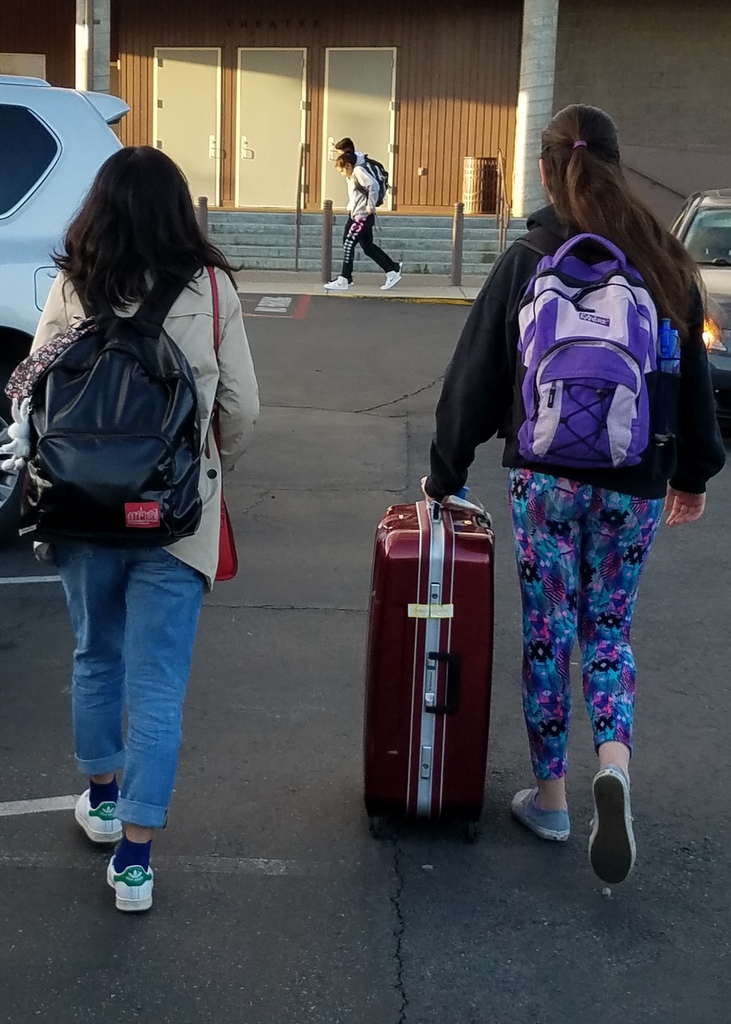 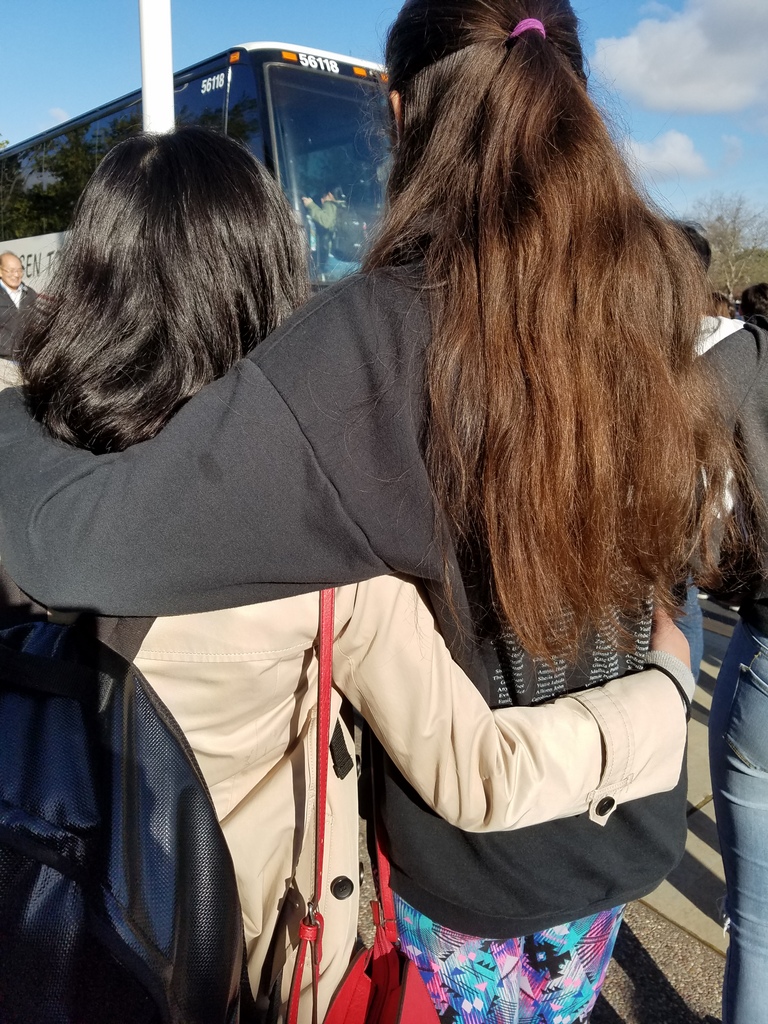